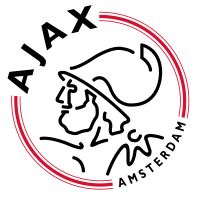 Amsterdamsche Football Club Ajax, mainly known as just 'Ajax', are a club from Amsterdam, Holland. Ajax were one of the most successful clubs in the world during the second half of the 20th century, boasting three Champions League titles and almost 30 Eredivisie titles.

Despite this, Ajax have been quite silent since the millennium. In the Dutch league, despite being considered the best Dutch team by many football fans across the world, Ajax have only earned 4 titles since 2000.

On the European front, they pose a threat, but have never really made a huge impact, not earning a single continental trophy since their last Champions League in 1995, which way well have marked the end of an era.

Now, Ajax are known to many as one of the greatest teams in the world for creating prodigies. They have fantastic facilities, more than a few wonderkids and a capable first team squad. Are Ajax ready for a new Golden Age?

Ignore this, this is just a quick way for me to get images for my posts.

georgeevans
8 years
Let me know when you have done more Toon, looks good!
Login to Quote

http://cdn2.wn.com/ph/img/ce/f0/8a878214b930f5c0e2f07ebb2290-grande.jpg
Frank de Boer has stepped down as manager of AFC Ajax after two successful seasons at the helm of the Amsterdam club. Shocked fans speak out.

Frank de Boer announced his resignation as manager of AFC Ajax this morning to the shock of the public. de Boer joined the club in 2010, and has since won the league twice, making him a fan favorite at the Amsterdam ArenA.

His exact words were: "I have a pang of regret in me when I say that I have decided to step down as club manager here at Ajax. It has been an amazing two years and I will never forget it. I have thought about this thoroughly, but I have come to the conclusion that it is the right decision."

Fans struggled to understand why the ex-sweeper left the club after having such a good start, but several twitter users sparked a rumor that his mother had taken ill and he had left to take care of her. This rumor, however, is thought to be fake.

de Boer was later caught in the streets of Amsterdam by a Journalist, who asked if he left to join another club. de Boer's response was: "No, by all means no. When I was offered a contract with Liverpool, a highly successful team, did I leave? No. I do not leave Ajax without a heavy heart."

For now, it seems de Boer is just taking some time out of football, but there must be more to this story than what meets the eye.

It is speculated that Ajax will announce a new manager within the week, as they were surely given notice on his resignation from de Boer himself. Sky Bet provides the odds:

Fabio Capello is linked with the job after he was spotted in Amsterdam last night. If Ajax had learnt of de Boer's resignation before he had officially submitted it, they may have called him in to discuss contract details. Another candidate is Frank Rijkaard, who manages Saudi Arabia- Rijkaard is an ex-Ajax player and fans have spread the rumor of him following in de Boer's footsteps.
Login to Quote

Ziechael
8 years
Well written as always, who will be the successor... dun dun duuuhhhhhhhh
Login to Quote

Jamesg237
8 years
A great start - long may it continue!
Login to Quote

Ex-Arsenal and Ajax player, Dennis Bergkamp, will act as an Interim Manager for the following season for Ajax after ascending from his position as Assistant Manager.

Dennis Bergkamp will be the man to coach Ajax this season, the club's official website has told. Bergkamp has been Assistant Manager of the club for a season, to date impressing both the club's board, and reportedly, de Boer, enough to warrant him a chance at taking the helm.

Many rumors suggest that de Boer may have prompted the choice to pick Bergkamp, after he told press that the 44 year old was "the perfect person to take Ajax forward." Though, it seems he will not manage the club for more than a season, much like Chelsea coach, Rafael Benitez.

"It is an honor to support such a good club." Bergkamp told the Media shortly after his ascendancy to management. "I am looking forward to doing all I can, even if it is only for one season. I hope I can continue the legacy that Frank (de Boer) has left behind and build on it."

Bergkamp's management career is effective immediately, and it is speculated he will be watching a few players to see potential buys in the upcoming window. Bergkamp may need to spend if he wants Ajax to have a successful assault on the league front, but also in terms of continental competitions.
Login to Quote

BeanyUnited
8 years
Dennis is an intresting choice!
Login to Quote

JasonRM
8 years
Brilliant start mate, I loved play at Ajax in my career

k1rups
8 years
The classy Dutchman. Looking forward to seeing him work his magic
Login to Quote

You are reading "AFC Ajax: The Golden Age".