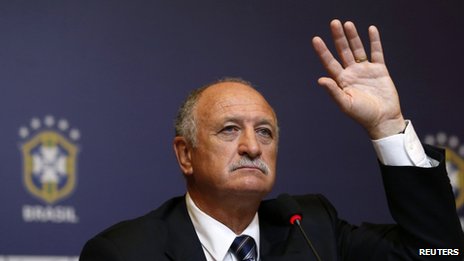 Brazil's National Team head coach has been sacked. It is unknown to why he was sacked and also we don't know who the next manager will be.
The Brazilian FA will announce their new man in good time. 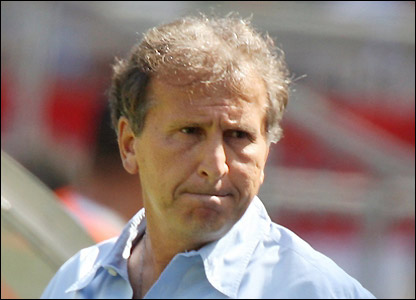 The Brazilian FA have announced Zico to be their next manager.

Arthur Antunes Coimbra, better known as Zico was often called the "White Pelé", he is commonly considered one of the most skilled finishers and one of the best passers ever and possibly the world's best player of the late 70's and early 80's. He is also considered as one of history's greatest playmakers and free kick specialists, able to bend the ball in all directions with pace. The gifted midfielder was named by Pelé as one of the top 125 greatest living footballers in March 2004. Also according to Pelé, generally considered the best footballer ever, "throughout the years, the one player that came closest to me was Zico".

Zico scored 52 goals in 72 international matches for Brazil, and represented them in the 1978, 1982 and 1986 World Cups. They did not win any of those tournaments, even though the 1982 squad is considered one of the greatest Brazilian national squads ever. Zico is often considered one of the best players in football history not to have been on a World Cup winning squad. He was chosen 1981 and 1983 Player of the Year.
Zico has coached the Japanese national team, appearing in the 2006 FIFA World Cup and winning the Asian Cup 2004, and Fenerbahçe, who were a quarter-finalist in 2007–08 in the Champions League under his command. He was announced as the head coach of CSKA Moscow in January 2009. On 16 September 2009, Zico was signed by Greek side Olympiacos for a two-year contract after the club's previous coach, Temuri Ketsbaia, was sacked. He was fired four months later, on 19 January 2010. On 30 May 2010, Zico announced that he would become the new Soccer Executive/Director for Flamengo, coming back to the team where he won his most important honors after 25 years. One of his demands is that his salary won't be paid by the club. Instead, it will be paid by Flamengo's sponsors such as Olympikus and BMG.

Zico - "I am delighted to be Brazil's manager. I will lead this nation to success I never tasted myself and we will become the best team in the world once again"
Login to Quote

Jozef
7 years
In my opinion the 3rd best Brazilian player ever, good luck mate. A brazil story will be very interesting.
1
Login to Quote Brazilian legend and newly appointed manager has announced his intentions just days after being appointed.

"Our first competition is the Confederations Cup is just a few months. With only one chance to play a friendly before this, I will not have a clear image on who deserves a place in my squad. However we will be trying to get as far as we can in the competition. I feel an appearance in the final would be a good achievement as I do not feel we are strong enough to beat Spain. We will use this competition to build onto better things."

"I am very open when it comes to squad selection. If a player performs well, he will be in the squad regardless of reputation or age. Many people have asked if I will give youth a chance or bring back some forgotten stars. It all depends on how they perform. We have some great young talent including the likes of Bernard or Doria. But also some great older players like Ronaldhino. It's down to them if they want a place in my squad or not."

Good luck with the confederations cup.
1
Login to Quote

Although just a friendly there have been a few shock inclusions to Zico's squad. The media were quick to criticise. Firstly the likes of Sandro, Pato and Elias were left out. Also young defender Doria and attacking midfielder Cidinho were included. Many believe they are not yet good enough being at such young age.

"I think people saying 'they are too young' is disgraceful. Both Doria and Cidinho have had fantastic starts to their club seasons. I want to give them the experience of international football."

The other players in line to make their first caps are Granada left back Siqueira, Porto player Maicon and goalkeeper Cassio. It is expected the team will play around Neymar as he is regarded Brazil's strongest player but Zico has yet to confirm which tactics he will use.


(as this is just a friendly, i won't be going into much detail. more detail will be provided for important games)

Not too happy with the result. Should have won but too think we were 2 nil down after 14 minutes i might take this result.

That's it. No more games until the Confederations Cup in June. A big break but I am confident we will perform.

Deleted
7 years
Unlucky to draw but Chile are decent. Only your first game but you have such a fantastic squad to choose from.
1
Login to Quote

The much anticipated confederations cup is approaching and Zico has announced his squad. No real surprises. Robinho will be happy to have made the squad due to fierce opposition in the attacking department. Ronaldhino returns for Brazil and will be fighting against Oscar and Willian for that AMC role.

Fans have sounded their appreciation towards the squad and are happy with the selection. Thier only slight concern is the inclusion of Rafael who had a poor season for Man United but it seems Zico still has faith in him.

Brazil will be looking to repeat last years heroics by winning the competition. However with the likes of Spain and Italy in the competition, it will be a tough task.

These are the groups for the competition:

Good win. Exactly what we were looking for.

Another great win, especially considering going down to 10 men. Due to the red card i changed to a 5-2-2 formation and it worked well with my wing backs getting the goals!

Not too bothered about this result. Still topped the group and that was the aim.

LFCsedso
7 years
Unlucky draw with Mexico but seen as you finished top, GOOD ONE!!!
1
Login to Quote

Rablador
7 years
WOO! Did you notice that 5 of your 6 goals were scored by defenders?

Jozef
7 years
Great win mate against a surprisingly strong side. Good luck in the final.
Login to Quote

You are reading "Brazil's Finest".