In what is probably big news, Jose Mourinho has announced he will not be joining Chelsea. Jose has said he wants to take a bit of time off from football, and that he will not be joining the blues. Many rumours were flying around of a big name manager joining the team, but the shocks keep on coming, as Evanna Lynch, best known for playing Luna Lovegood in Harry Potter, has been appointed as the new manager of the club.

"It's a weird piece of business sure, but I think I am up for the challenge." Lynch told reporters at a recent press conference. "I am confidant that the club can do well this season, and that I can win the title."

John Terry has been told that he will not be captain, in a big announcement from the new boss. "He has served Chelsea well, but I want a younger face to represent Chelsea, and one that probably won't try it on with me!" she joked.

Evanna Lynch has confirmed rumours that she has become England Under-21's manager, replacing outgoing Stuart Pearce. Evanna Lynch, 25, has already taken on the Chelsea job replacing Rafael Benitez, 52, who has taken charge at Napoli. "Stuart did a fabulous job, but he couldn't bring us to glory. Evanna has been tasked to get us there." said FA CEO Alex Horne. "I believe she is the right person to mature our Under 21's, and to help the improvement of the English National set up".

Lynch herslef said "I'm proud to be a part of not only one of the best club sides in the world but also one of the best national sides as well. I can't wait to get started."
Login to Quote

Akash
7 years
As long as she doesn't play Nargles on the pitch, I have no problem

TheMS99
7 years
@Akash: First off, it's an honour having a moderator commenting on a story.

Secondly, if she starts to fail, she'll say the players are distracted by Wrackspurts.
Login to Quote

TheMS99
7 years
@Blue: Cheers man. Always nice to get a comment off you.
Login to Quote

The Order of Chelsea!


Evanna Lynch has made her mark, and before her first friendly against Carlisle today, she has already let 6 players leave permanantly, with only three coming in. 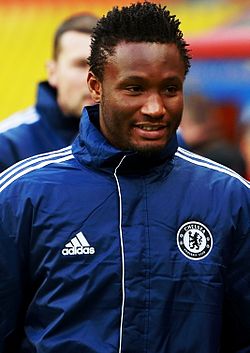 John Obi Mikel was the first to go. He was shipped off to Napoli for £15 million fee. Lynch has said that she planned to replace him with some of the £72 million budget she was given by Abramovich.

Demba Ba was another viewed as unneeded and joins the likes of Falcao at Monaco for £10 million.

Michael Essien was considered a key player till he was sent on loan to Real Madrid. Lynch decided he needed to move on with Schalke paying up £10 million for the Ghanian.

Ramires is another that was considered a key player. But, Evanna saw other wise and PSG spent £18 million on the Brazilian bringing him to the Parc De Princes. 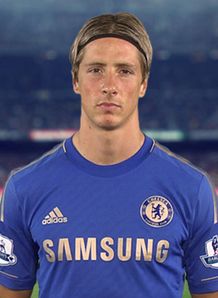 When Evanna joined the club, she said she was dissapointed with Torres' lack of goals. He was told that he was not wanted, and Monaco reunited him with Ba, for a fee of £12. 25 million.

Gary Cahill was only bought in January, but again he was viewed as unneed and Southampton coughed up £11 million for the defender, formally of Aston Villa and Bolton.

Both Tomas Kalas and Kevin Omeruro have left the club on loan for Levurkusen and Vitesse respectively.

The first signing of Lynch's is Belgian international Marouane Fellaini from Everton. The 24 year old joined for his release fee of £22 million. Lynch said he was the perfect defensive midfielder and just what she wanted in her squad.

This signing makes people unsure of both Cech's and Schwarzer's future. Mandanda arrives for a release fee of £11. 25 million, and increases competition for number 1 in the chelsea goal. 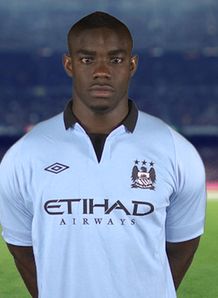 Micah Richards is the third signing so far of the season, arriving at Stamford Bridge for a fee of £21. 5 million. The 25 year old was one of City's main players since breaking into the main team.
Login to Quote


Chelsea have confirmed three new signings at the club ahead of their fourth friendly against Portuguese side Braga. Evanna Lynch stated that the trio would add something to the team, and that she still aimed to bring in some strikers after they didn't score in 2 of their 3 friendlies so far.

Ademilson was linked to be linking up with Bayern Munich and their new coach David 'Glenn' Beckham. However, Chelsea were the one's to bid his release fee of £22 million, and he is now officially at Stamford Bridge. With him, Schurrle, Lukaku and De Bruyne, Lynch certainly has some good attacking options for the future. 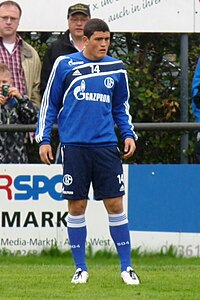 Kyriakos Papadoulos was reportedly unhappy at German side Schalke, so Lynch agreed a £15 million fee for the Greek, the defender being labelled as one for the future.

Javi Garcia was another player unhappy at their club, this time Man. City. Chelsea has agreed a loan deal for the spanish player, and expect him to provide some good cover.
Login to Quote

Evanna Lynch has been aplaudded by many pundits and Chelsea fans after pulling off the signing of FC Porto man Jackson Martinez. The 25 year old Colombian joins on a £35. 5 million 4 year deal. The player played only one season at Porto, but having scored 26 goals in 30 games, Lynch thought he would be perfect to spear head the attack.

Alan Shearer tweeted: Lynch has pulled of a fantastic signing in Martinez, and I fully expect him to flourish in the premier league.

Chelsea are also rumoured to have nearly finalised a deal for Lacina Traore for £20 million from Anzhi Machakala. Reports say that once a work permit is the only thing preventing a move although a work permit problems may be completed soon. They have already spent £127 million, but the deal for Traore could be seen as the last piece of business for Lynch and Chelsea this summer.
Login to Quote

TheMS99
7 years
I'm sorry but how is this group fair!

For the champions league group A I have Marseille, Basel and Bourissia Dortmund!

wellsy1498
7 years
Tough group you have

TheMS99
7 years
@Wellsey: It certainly won't be easy. I would usually underestimate Basel, but they did well in the europa league so can't anymore.
Login to Quote

The Grape
7 years
Some exciting signings here! Got a bit worried that your first transfer post was all your deals done haha, good luck with the season!
1
Login to Quote

The start of a magic tale!


Evanna Lynch stated after the signing of Lacina Traore ten days before the transfer window shut that she wouldn't sign any more players. But, she changed her mind adding two more players to the ranks:

Some may say paying £15. 5 million for a teenager is stupid, but Lynch said "It's £3 million straight off and the rest is add ons. He is going to be amazing for Chelsea whether or not we spent £15 million or nothing at all." Hughes was viewed as the next big name for Derby County and Nigel Clough will not have done himself proud in selling one of the most coveted youngsters in English football.

Having not enough funds for Seydou Doumbia, and being rejected for Danny Welbeck and Bafetibi Gomis, Evanna Lynch turned to fellow Irish international in Shane Long for a reported £12. 5 million. He adds more experience to a young strike force of the likes of former west brom team mate Lukaku, Ademilson, Martinez, Schurrle and Traore.

In other news, Chelsea have started their season off averagely having not the greatest pre-season.

A terrible draw against League 1 side Carlisle was followed by an impressive 2-0 over alaves, Lampard and Azpilicueta getting the goals for the blues. But a horrifying result, which prompted the signings of Martinez, Traore and Long, a 3-0 defeat to low league spanish club Mirandes. Lampard made the result worse by getting sent off in the first half. Jackson Martinez however returned the blues to victory netting twice against Braga. Micah Richards scored twice as Chelsea ended their pre-season with a 3-0 win over Santander, Schurrle's first for chelsea coming in between Richards two goals.

The start of the season fast approached. Chelsea boss Lynch tipped her side for the title. But, they couldn't beat a good looking Stoke side. Fellaini scored Chelsea's opening goal within the first minute. Eden Hazard found Fellaini to his right and the belgian scored his first for Chelsea. But, and rifled shot from Jonathan Walters kept Chelsea from celebrating victory, till their next match against Manchester City. Sergio Aguero scored twice in the first 13 minutes to leave Chelsea fuming. But, Luiz, a Martinez brace, and Traore scored in the twelve mintues before half time to leave City two gaols down. Martinez sealed his hat trick before Ivanovic made it 6-2. Aguero added some respectability. This is the second time a player on each team has scored a hat trick in the same game. The last time was in a match between Wigan and Blackburn, now of the championship, in December 2007. The hat trick scorers then where Marcus Bent for Wigan, and Roque Santa Cruz for Blackburn.

Bayern Munich were viewed as being able to thrash a Chelsea side managed by an inexperience manager, but Ashley Cole scored 13 minutes in to put Chelsea ahead. But, 13 is unlucky for some as Lewandowski levelled early in the second half, and in the last minute of injury time, Schweinstieger scored the winner to leave Chelsea distraught.

Man of the moment: Jackson Martinez. 5 goals in 5 games for the Colombian forward. On this showing he will be an awesome striker for the blues. With him and Falcao up front for Colombia, everyone better watch out.

Lynch also made her England Under 21's debut against Austrailia's under 21's. The match was uneventful and ended goalless.
Login to Quote

TheMS99
7 years
@TheGrape: Thanks man. Hoping that I can hit the ground running after an average start.
Login to Quote