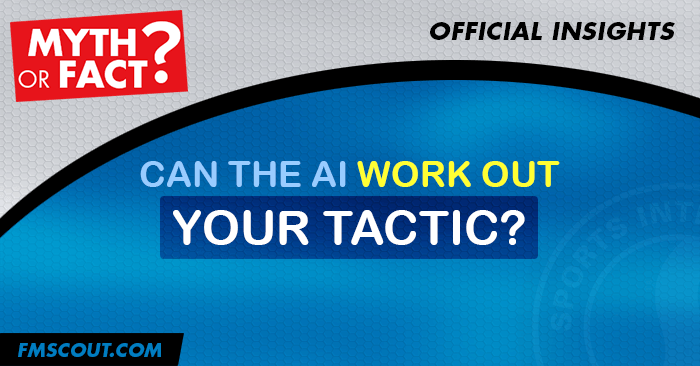 Have you (also) experienced starting out really well while using a certain tactic, and all of a sudden (possibly half or a whole season later) you're hitting a wall of bad results? It's definitely frustrating, but that can happen.

Some people believe that Football Manager match engine AI eventually figures out your tactic and adjusts accordingly after a while.

Is that a myth or a fact? We scoured community discussions and found the answer, which is confirmed by Neil Brock who works at Sports Interactive.


Now it's time for some official insights on the matter.


Do you have to adjust your tactic after so many games working well?

A manager has to realise they will need to adapt and improve their squad as time goes on. You can't just plug in a tactic, press continue and expect to win every game.

Your "winning" tactic needs to constantly be reviewed and updated / tweaked as your reputation grows.﻿ A quick look at the manager's profile page will give you the rundown on preferred formations, styles and stuff - but he may adjust slightly to face you because you are on a run of form. You need to look at your opponents and pick players, a formation and a set up to get the best result against that particular team in their current form.

The user already has a pretty large advantage over the AI when it comes to squad building (as simply the AI is never going to have as many options or be as smart as the user until SI make huge technological advances in AI), but you can't expect one tactic to work against every combination of team and setup.

Discussion: Can the Football Manager AI figure out your tactic?