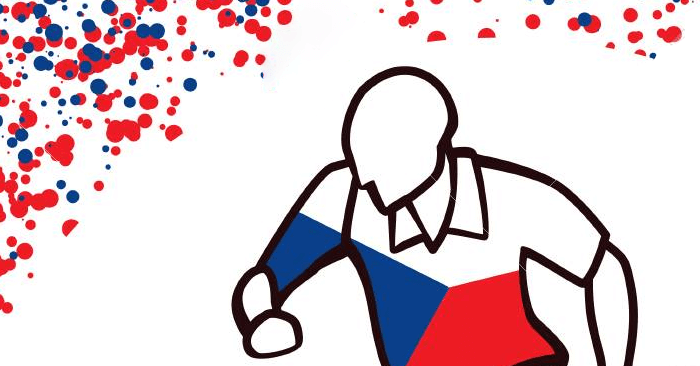 Czechoslovakia's national team was an early great of the international game. Finishing as runners-up of the World Cup twice, winning a UEFA Euro. title and finishing third on two occasions. But ever since the disintegration of Czechoslovakia, their successor team - the Czech Republic - have been failing to replicate that success. However, the Czech Republic has still been better than most people give them credit for, which is what will be highlighted in this article.

Czechia were sublime in their first international tournament following their independence - UEFA Euro 1996. In the group stage, they lost 2-0 to Germany, defeated Italy 2-1, and gave up a 2-0 lead against Russia. A game that ultimately finished 3-3 after a late goal from Vladimír Šmicer and was enough for Czechia to advance to the quarter-finals. Here, they were even more impressive. Portugal was defeated 1-0 after a goal from Karel Poborský of Manchester United. Fitting, considering their semi-final clash against France would be played in Manchester. It was an end-to-end game that would have to ultimately be decided by a penalty shootout. In the shootout, everyone scored except Frenchman Reynald Pedros. Meaning Czechia had secured a place in their first major tournament final in 20 years and their first as an independent nation. Germany, the only team that had defeated Czechia up until that point, were their opponents. But it would be Czechia who scored the opening goal - a Patrik Berger penalty in the 59th minute. Unfortunately for Czechia, it was a shortlived joy as Oliver Bierhoff equalized for Germany 14 minutes later. Bierhoff eventually won the game for Germany during extra time with a golden goal in the 95th minute. A heartbreaking end for Czechia.

Czechia failed to qualify for the 1998 FIFA World Cup, finishing behind Spain and Yugoslavia in their qualification group. But they bounced back magnificently in European Qualifiers for UEFA Euro 2000, winning every single game. However, at the final tournament, they were disappointing. Losing narrowly to the Netherlands and France and being eliminated in the group stage.

Czechia was unlucky not to qualify for the 2002 World Cup, losing to Belgium in the play-offs. As previously, they redeemed themselves in European Qualifiers for UEFA Euro 2004, though. Winning their group, defeating the Netherlands in the process. Ahead of the tournament, Czechia sat in second place on both FIFA World Rankings and World Football Elo Ratings. Their opening game was quite shaky though, scraping past Latvia 2-1. And 19 minutes into their clash with the Netherlands, Czechia found themselves at a 2-0 deficit. But then something just clicked. After goals from Jan Koller and Milan Baroš, the game was tied 2-2 after 71 minutes. A sublime result for the Czechs. However, it wasn't good enough for Vladimír Šmicer who scored the winning goal in the 88th minute. Staggering. The team who defeated them in the 1996 Euro Final and group stage awaited Czechia in their third game - Germany. Czechia had already made sure they would be group winners, so they had nothing to play for. But their world-class football continued, as they defeated the Germans 2-1. In the quarter-finals, they demolished a respectable Danish side 3-0. The sensational Greeks of Euro 2004 awaited Czechia in the semi-finals. It was an absolutely gutwrenching and controversial for the Czechs. Gutwrenching because they lost to a goal in the last minute. Controversial because it was a "silver goal". A rule considered disastrous by most people. Perhaps they would've won had it not been for that rule, but the world will never know. Czechia were eliminated. A golden generation's heartbreaking end - or was it?

The delimitation of Czechia's golden generation is up for debate. It starts in 1995 (the year they qualified for Euro 1996) but when does it end? After Euro 2004 - their last truly remarkable performance? After their most recent World Cup appearance in 2006? The question is up for debate, but one thing is certain: This golden generation doesn't get nearly the credit it deserves.