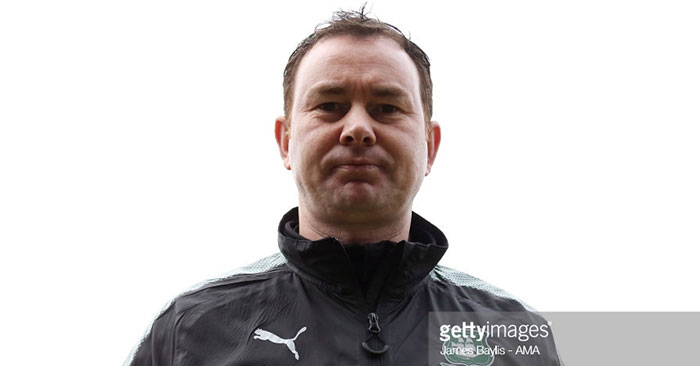 Recently crowned League One manager for the month of February, Derek Adams believes that people have no idea about the kind of difficulties football managers have to face behind-the-scenes. The boss at the Plymouth Argyle was awarded the trophy after having scored 5 successive wins that saw the pilgrims secure a place in the play-offs. They were at the bottom of the table starting December 2017, but won 11 out of their 15 games thereafter, completely turning things around for their side. This sort of total transformation isn't exactly unheard of but it's still something to see when a team take all of its fortunes, ignores all the odds, and turns them on their head. Since then, they have been one of the safest bets in the League this season, which is wonderfully irnoic considering where they began.

The way Derek Adams has transformed the Plymouth squad has done a lot of good for the punters as well; they kept their faith in the team right from the start.There are many Plymouth fans who signed up for top free bets and backed their team using them. Sports betting differs from other forms of betting as its not just about random chance but about taking your knowledge and passion of the game and applying it to the most likely predicted outcomes. The more you know, the higher your chance of placing a strategic bet, the higher your chance of winning. And, of course, with a hot streak like the one that Plymouth has been currently enjoying, punters have been laughing all the way to the bank. It's not too late to get in on the action.

It’s no cakewalk for managers!

Talking to the press, Derek Adams spoke about the issues faced by the football managers these days. He stated that a manager’s job is full of trials and tribulations that no one’s aware of, or recognises. There are plenty of issues to be dealt with and managers often have to keep many things to themselves. That’s the main difficulty of this business. However, they relish football and there’s no better feeling than performing well in front of the home crowd.

For instance, look at the problems being faced by Chelsea manager Antonio Conte these days. Everyone wants to see his back at the club!

Derek Adams came out on top against Rotherham United’s Paul Warne, Southend’s Chris Powell and Tony Mowbray of Blackburn to win the manager of the month trophy for the third time. His other two wins came in League Two - first one 3 months after joining Plymouth Argyle and the second one in September 2016.

Hopes to be with Argyle for the long-term

The former manager at Ross County talked about his ordeals informing the press that he has had more problems at Plymouth Argyle this year than he has had in his entire management career. He had to manage a good number of suspensions and injuries during the initial stages of the season, eventually leading to all three senior goalkeepers of the team being ruled out with injury. Then Ryan Edwards, the main defender of the team was diagnosed with testicular cancer in January. However, after recently finishing 1000 days at Plymouth Argyle and a new grandstand being built, Derek Adams said that he isn’t in a great hurry to look for a role in higher division.

Talking to BBC Radio Devon, the 42-year old added, “At this football club we want to be here for the long term. We see a plan in place and over the last two and a half years we've had that. Before that the chairman's had it in place. He [James Brent] quite openly says he'll not be able to take us to the Premier League, because of the finances in the game, but we've got an opportunity to get into the play-off positions and get ourselves out of League One."

Discussion: Derek Adams feels no one’s got a clue about the problems faced by football managers!