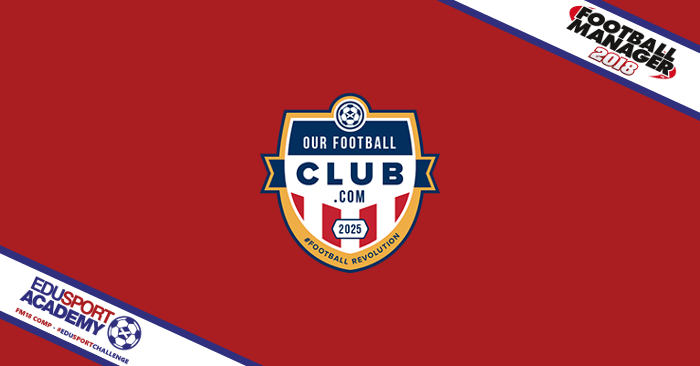 I am delighted to announce a unique and exciting challenge for Football Manager 2018…with the prize of a share in Scotland’s forward-thinking Edusport Academy up for grabs!

TLDR? Download the file, put it into your save games folder and get going! You have 2 seasons, good luck. 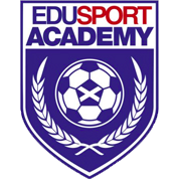 Edusport Academy are currently enjoying their debut season in the Lowland League, just one promotion away from the professional ranks of the SPFL, having won the South of Scotland League last year. Truly an academy in name and operation, players are recruited via trials (mainly in France) and combine playing with learning the English language. The club have campus bases in both Glasgow and Edinburgh, with the Lowland League side playing their fixtures at Galabank – home of League Two side Annan Athletic.

Starting in preseason with plenty of time to ready your squad for the 2017/18 season, the aim is simple – you have a span of 2 years to take the club as far as possible. The initial aim (and possibly the most difficult) is to achieve promotion from Level 5 in the pyramid into the SPFL…to do so, you’ll need to not only win the Lowland League, but additionally overcome the Highland League champions and the bottom club in League Two via the playoffs! 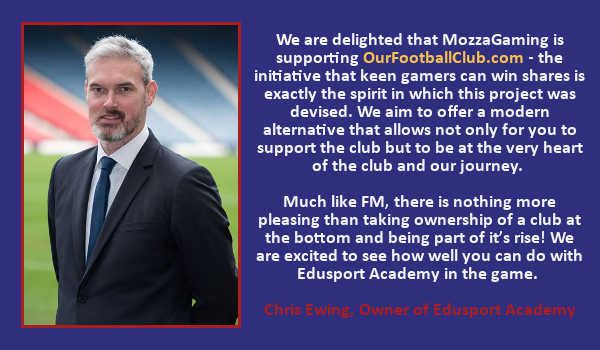 The rules are as follows – no use of any in-game editor is permitted, and there are no limits on transfers etc. Using our save file means everyone starts with the same database of players to ensure a fair and level playing field. In the end, a healthy mixture of skill and luck will be required to overcome the competition. At the end of the 2019/20 campaign, save your game and tweet a picture of the final league table to me @MozzaPlays, using the hashtag #Edusport Academy (I’ll ask for the save file if you’re in the running). Not a twitter user? E-mail me with this information to enter.

Our winner will be the manager to achieve the best finish (final league placing) in season 2019/20, with tiebreakers as follows – best Scottish Cup finish, best Irn-Bru Cup finish, league points tally in final season, average points per league game over the two seasons. In the (extremely unlikely) event that we do not have a clear cut victor after all this, it’ll come down to an online playoff between the top dogs to crown the champ.

What are you waiting for? Download the file, put it in the Documents -> Sports Interactive -> Football Manager 2018 -> games folder and get managing! 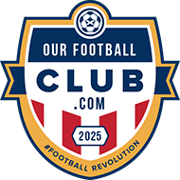 The overall winner of the #Edusport Academy will become a shareholder in the club itself, through the new “Our Football Club” scheme. A minimum of 30% of the club will be sold to shareholders at £50 per share, and this money will be used to fund the aspirations of the club through transfers, wages, facilities & day-to-day operations. Edusport’s connections across Europe mean they already have access to some of the top young talents, but with your help we can ensure a rapid rise to the top of the Scottish game, and achieve the dream of reaching the Premiership and beyond.

Your shareholder benefits will include:


Have a look around the official website www.ourfootballclub.com for all the information you’ll need on shareholder benefits.