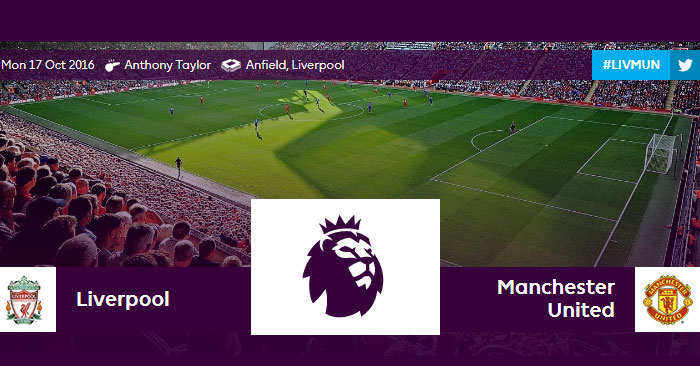 The Premier League returns to action this weekend following the international break, and kicks off with the Premier League champions visiting Chelsea on Saturday lunchtime before the weekend is rounded off by the biggest game -- Liverpool versus Manchester United at Anfield on Monday night.

Leicester City have taken only eight points from their first seven games as Premier League champions and face a tough test if they're to add to their tally this weekend as they go to Chelsea. It was only a few days ago that bookmakers' odds suggested Antonio Conte was about to be dismissed from Stamford Bridge but it looks almost certain that the Italian will take charge on Saturday and remain in charge for the foreseeable future.

Chelsea were comfortable 2-0 winners at Hull City before the international break when the Italian tactician switched to a back three. We think Conte will go with that formation again this weekend, and whilst the team haven't had much time to practice it, it certainly gives them a lot of protection with the likes of Cesar Azpilicueta and Marcos Alonso playing as wingbacks and N'Golo Kante and Nemanja Matic expected to partner in centre midfield.

Diego Costa has netted six goals in his seven league appearances this season whilst Eden Hazard should be a threat to Danny Simpson and co in defence. 12th-place Leicester have shipped 11 goals already this season, losing three times. Chelsea should take the three points from this one.

Chelsea are 3/5 to win with Smartbets

Arsenal are expected to take three points from their home fixture versus Swansea City, whilst there's a big game at the bottom as Stoke City take on Sunderland at the Britannia Stadium. The Saturday evening game sees an East London derby as West Ham travel to Crystal Palace. The Hammers are desperate to pick up some points.

Tottenham Hotspur's comfortable win over Manchester City before the international break kept them in second position and moved them to within one point of the league leaders whom they handed a first defeat of the season too.

Mauricio Pochettino has really got something going at White Hart Lane this season and will be hoping the international break has not knocked his side out of sync. Vincent Janssen is still struggling in front of goal, whilst the in-form Heung-min Son has been over in Asia representing South Korea over the past week.

Defensively, Tottenham have been solid this season, backed up by top goalkeeper Hugo Lloris. West Brom have been struggling at both ends of the pitch this season and it's hard to see where the hosts will cause many problems in this match.

Tottenham are 3/4 to win with Smartbets

On Sunday, Middlesbrough host Watford and Burnley travel to the south coast to face Southampton.

The big Monday night clash at Anfield gives us the opportunity to see if Liverpool are genuine title contenders or if they're top four material at all. The same could be said of Manchester United who start the weekend outside of the Champions League places.

Jurgen Klopp has got his side playing some exciting and successful football of late, winning five in a row in all competitions, scoring 16 goals during this run. During that time, Manchester United have lost three times whilst being unimpressive in beating Zorya in the Europa League and being held at home by 19th-place Stoke City last time out.

Manchester City really caused the United defence some real problems in September and we can see the same happening with the likes of Sadio Mane, Roberto Firmino and Philippe Coutinho working as a unit on Monday night. The attacking trio have been hard to stop this season, and their movement and ability really has the potential to hurt the likes of Antonio Valencia, Eric Bailly and Daley Blind.

Liverpool are 16/13 to win with Smartbets