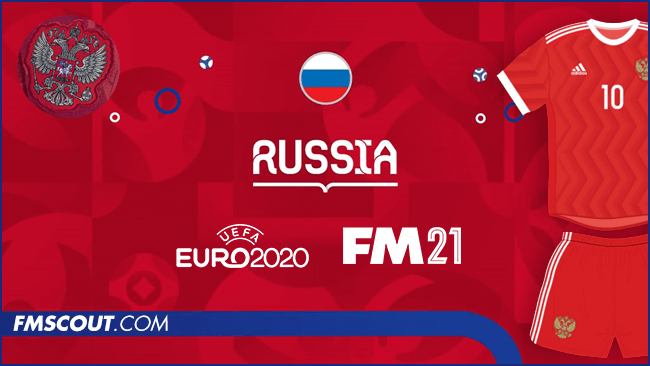 Russia is a country spanning Eastern Europe and Northern Asia. It is the largest country in the world, covering over 17 million square kilometres, and encompassing more than one-eighth of Earth's inhabited land area. Russia extends across 11 time zones and has borders with 16 sovereign nations. It has a population of 146.2 million; and is the most populous country in Europe, and the ninth-most populous country in the world.

The East Slavs emerged as a recognisable group in Europe between the 3rd and 8th centuries AD. The medieval state of Rus' arose in the 9th century. In 988, it adopted Orthodox Christianity from the Byzantine Empire, beginning the synthesis of Byzantine and Slavic cultures that defined Russian culture for the next millennium. Rus' ultimately disintegrated until it was finally reunified by the Grand Duchy of Moscow in the 15th century.

By the 18th century, the nation had greatly expanded through conquest, annexation, and exploration to become the Russian Empire, the third-largest empire in history. Following the Russian Revolution, the Russian SFSR became the largest and leading constituent of the Soviet Union, the world's first constitutionally socialist state. The Soviet Union played a decisive role in the Allied victory in World War II and emerged as a superpower and rival to the United States during the Cold War.

The Soviet era saw some of the most significant technological achievements of the 20th century, including the world's first human-made satellite and the launching of the first human in space. Following the dissolution of the Soviet Union in 1991, the Russian SFSR reconstituted itself as the Russian Federation.

In the aftermath of the constitutional crisis of 1993, a new constitution was adopted, and Russia has since been governed as a federal semi-presidential republic. Vladimir Putin has dominated Russia's political system since 2000, and his government has been accused of authoritarianism, numerous human rights abuses, and corruption.

However, history lesson now finished back to the main reason for this blog….

Is one of the most popular sports in Russia. The Soviet Union national football team became the first European champions by beating Yugoslavia 2-1 in the final of the 1960 European Nations' Cup, Viktor Ponedelnik heading the winner 23 minutes into extra time in front of a crowd of 17,966 at the Parc des Princes in Paris.

Milan Galić had bundled Yugoslavia into the lead just before the break, but Slava Metreveli levelled for the reigning Olympic champions after the restart, and it took a series of fine saves from Lev Yashin to keep the USSR in the game. The final looked to be heading for a replay until 23-year-old SKA Rostov-on-Don striker Ponedelnik notched the winning goal.

They also reached the finals of Euro 1988 losing 2-0 to the Netherlands with goals coming from the Dutch captain Rudd Gullit and the tournament’s top scorer Marco Van Basten who assisted in Gullit’s goal in the first half, then grabbed a goal himself in the 54th minute.

In the 1956 and 1988, the Soviet Union won gold at the Olympic football tournament beating Yugoslavia in 56 and Brazil in 88.

The Russian national football team reached the semi-finals of Euro 2008 losing out to Spain 3-0. Russia was the host nation for the 2017 FIFA Confederations Cup in which they failed to get out of Group A finishing 3rd place and the 2018 FIFA World Cup in which they were knocked out of the tournament by Croatia in the Quarter final losing 4-3 on penalties. 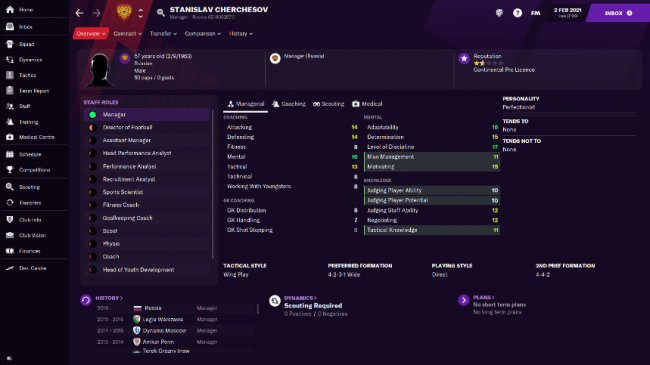 As been the head coach of the Russia national team since August 2016 and helped his team reach the quarterfinals of the 2018 FIFA World Cup.
The former goalkeeper played for Dynamo Dresden.

Also managed clubs’ sides including FC Spartak Moscow, FC Dynamo Moscow and also Polish side Legia Warsaw and won the double with them 2015.
Cherchesov will likely set up a standard formation 4-2-3-1 with two midfielders as additional protection behind the second line.

He likes to experiment with the line-up, but less often with the formation (we have seen 5-3-2 or 3-5-2). In a defensive game he accepts the 4-4-2 or 4-2-3-1 variant depending on the chosen line of pressing on opponents. However in general we can talk about a standard 4-4-2 with some variants. The attacking midfielder has played 76 times and scored 11 goals for French Ligue 1 side AS Monaco following his move from CSKA Moscow in 2018.

Golovin has represented Russia in the U17, U18, U19, U21 and been capped 37 times and scored 5 goals for the national side against Belarus, Lithuania, Saudi Arabia, Scotland & Cyprus.

Forward Artyom Dzyuba and Mario Fernandes as the other key players in the Russian national team.

Dzyuba, the 32-year-old inherited the captain’s armband from Igor Akinfeev following his international retirement. He will likely lead the Russian attack in terms of goals and assists and link-up play.

Fernandes, The Brazil-born defender, who is in his ninth season at CSKA Moscow and became eligible for Russia in 2017. 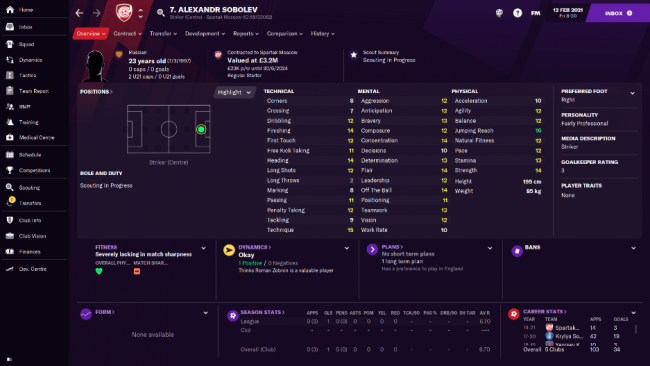 The 24-year-old forward who currently plays for Spartak Moscow and has bagged 16 goals in 30 apps for the club since 2020. As already represented the national five times scoring against Sweden and Malta.

Their Chances of Winning EURO 2020

At Euro 2021 they have found themselves in Group B with Belgium, Finland and Denmark and although they can be unpredictable, I think Russia will likely finish the group stage in 3rd place and will not progress into the knockout rounds.

Did you know?
Russia have not won in five EURO finals games; their last victory was a 4-1 demolition of Czech Republic in their UEFA EURO 2012 opener.