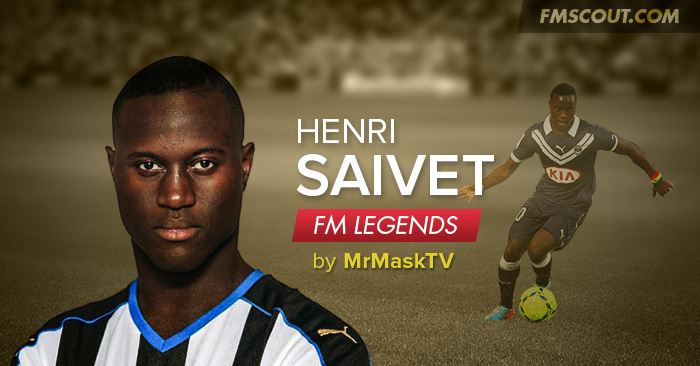 In Football Manager:
As a teenager, Saivet was seen as the next Thierry Henry amongst the French media. In Football Manager 2008 he had the attributes that would turn him into a world-class player, with explosive pace, the ability to finish and composure beyond his years. He was a must buy for most managers of elite clubs and you could pick him up on the cheap too.

The makers of FM rated him highly with potential ability ratings that were only seen amongst the top players in the game, but like most young players he needed the correct nurturing. He wasn't a player you would stick in your Premier League team on day one, but in time would develop into a world class player.

Saivet at the start of the game, as a 17-year old. In Real Life:
In the 2007/2008 season, he signed a pro contract with Bordeaux and was the youngest player to do so in their history. He made 134 appearances for Les Girondins scoring only 17 goals along the way.

He moved to Angers SCO in the French 2nd tier in the 2010/2011 season scoring 8 goals in 13 games and was then snapped up by Rafa Benitez at Newcastle United for a fee of around £5 million pounds in 2016. After playing only a handful of games for the Magpies that season, Saivet joined Saint Etienne on loan but managed only 1 goal in 27 appearances, but was then shipped off to Sivasspor for another loan spell, but has so far failed to score for the Turkish Superleague side in 12 appearances.

At the time of writing this article he is still owned by Newcastle but the reports are that he won't be there for long.