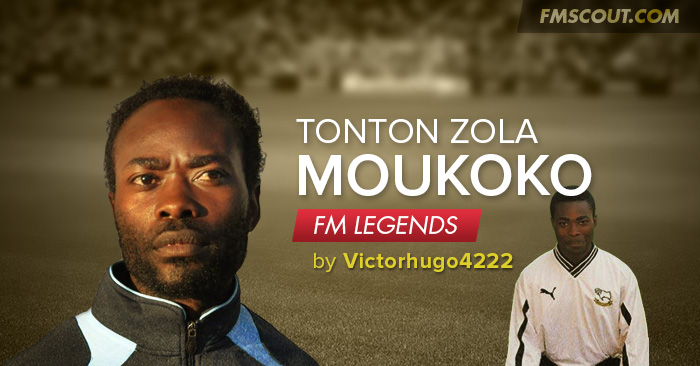 The Legend that is Tonton Zola Moukoko 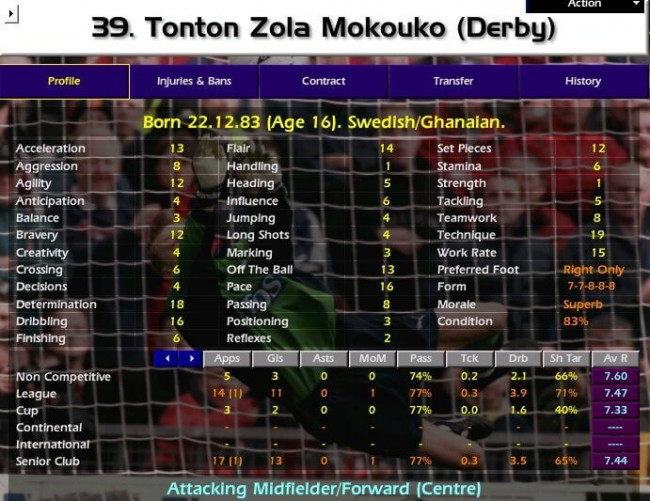 After browsing through the legends section on FM Scout it had me taking a walk down memory lane and I noticed there were a few players who were missing and were always a must buy for me when I played CM back in the day.

So my 1st player to add to the legend section is none other than Tonton Zola Moukoko.

Starting as a raw 16 year old in Derby's reserve team you could see that he had fantastic determination, pace, dribbling, technique and work rate. All the foundations to go on and become a world class player which in many cases he did and would go on to fulfill all that potential. 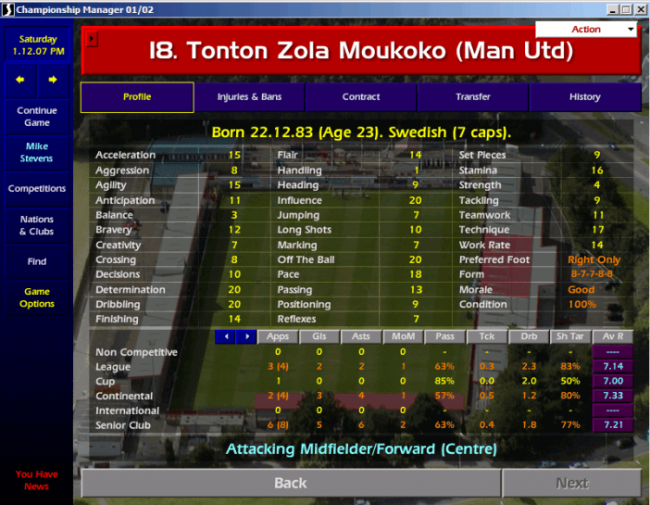 Fast forward a few seasons when he is 23yrs old and you can now see how he has progressed into a top class player yet still has loads of time to develop even further. Having the highest marks possible, 20 out of 20, for Determination, Dribbling, Influence and Off the ball.

So you can see why he is thought of so highly and even though he is already at arguably the world's biggest club, Man Utd, He does not look out of place. 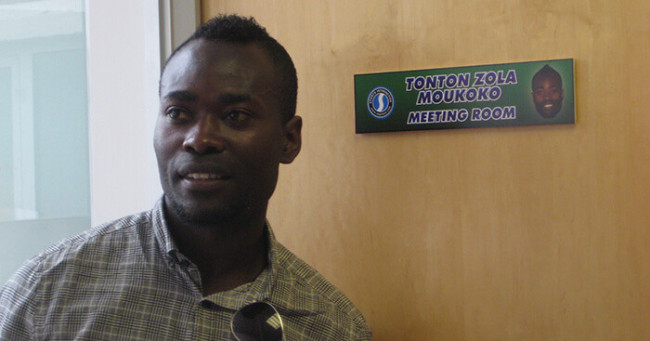 The one thing that Tonton has to his name that no other CM/FM legend can lay claim too is having a room named after him at none other than the head office of Sports Interactive, the makers of Football Manager!

There is also the usual stories like many other CM/FM legends that when one time when he was arriving in Malaysia he was asked at passport control if he was THEE Tonton Zola Moukoko! Now that is when you know you have truly made it as a CM/FM legend!

I hope to write about some more CM/FM legends in the future but if there are any legends that you think deserve a write up or someone you think I may have missed then feel free to leave a message in the comment section and I will look into doing a write up on your choice of legend!