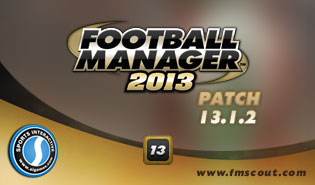 A small Football Manager 2013 hot-fix update is now available via Steam. To get the update, simply save your current game and quit FM, then exit and restart Steam and launch the game as normal.

This is 2nd hotfix update that is being applied to FM13, the 1st one was less significant and there was no official announcement made.