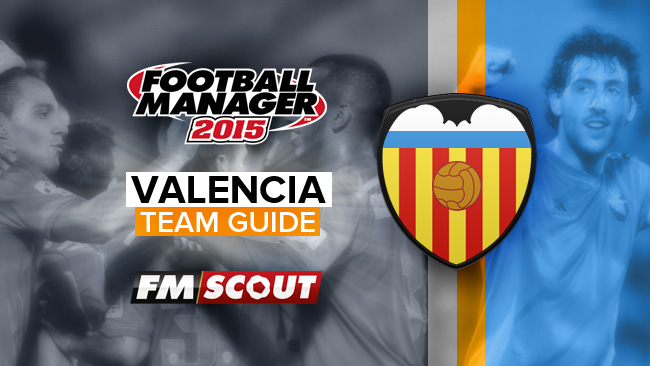 
Valencia CF have built themselves a base in the past few seasons that have set them up to really compete in the Liga BBVA against the likes of Real Madrid, Barcelona and Atletico Madrid. They have proved in real life that they can fight with the top teams, can you do it in Football Manager? Following this team guide should help.

The 2013/14 season for Valencia was one where they found themselves sitting just outside the European qualification area and having a largely disappointing season. The fans expected more, especially after adding many class players to the squad.

The expectation for the 2014/15 season is European Qualification but with enough work and getting everything just right, you can do a bit more then that.


Valencia have been working out of a big debt for a while now and it has meant that they have had to sell some star players. In the first meeting with the Chairman, he proposes a fair £9M transfer budget and £2.5M per month in wages. If you want further discussions you can suggest the following options.


Goalkeepers – Diego Alves is by far the best goalkeeper in the squad, the ageing (29) Brazilian keeper has terrific reflexes and proves to be an asset for the first couple of seasons. His backup Yoel is a decent keeper for a LIGA BBVA side but I would suggest looking for a youngster that can be tutored by Alves.

Left Backs – Jose Luis Gaya has terrific potential in this FM and his pace has taken a big increase from FM14 and he is now an asset for almost any first team in Europe. Valencia are producing some class LB at the moment and the backup to Gaya (big clubs will bid big for him) is Lucas Orban who can hold his own in the league but I would suggest playing 19 year old Salva Ruiz, who has been proving himself to be a very hot Spanish talent.

Centre Backs – Another position where Valencia have a base that you can use for a couple of seasons, well I certainly did. Otamendi and Mustafi (26 and 22) are a terrific base that rarely get injured. They are both fast, strong and terrific at heading. They lack real depth in this position however as the strongest backup is Portugese Ruben Vezo my suggestion (and what I did) is looking to bring in an experienced back up, I brought in Pepe from Real Madrid for very cheap and managed to get him to lower his wages.

Right Backs – In the latest update of FM 15, Valencia have sold their starting RB to Hannover 94, Joao Pereira. A new player is needed. Your transfer budget should mainly be invested in trying to sign a new first team player for this position. I signed Pedro Lopez from Levante for just under 1 million. He proved to be very useful and player 33 games out of the 38.

Left Midfield – Pablo Piatti and Rodrigo De Paul are two very fast, strong players who will be able to fill the LM/LAM/LW role for multiple seasons. They are very fit and do not often get injured I found. No immediate replacement is needed.

Right Midfield – Much like the opposite side, the right midfield is also a position where you have a few solid players and do not need an immediate replacement. Your no1 choice is Feghouli, who is fast and skilful. You can also play Rodrigo (Spanish) who is normally a striker but can play in that position. Youngster Carles Gil can also play in the position if you need him.

Central Midfielders – A position with lots of depth, particularly after the January signing of Argentinian Enzo Perez. Perez is backed up by Spaniard Dani Parejo, Javi Fuego, youngster Bruno Zucilini and Andre Gomes. These options allow for lots of rotation in the middle and no new signings needed.

Attacking Midfielders – A position where Valencia do not have 1 set player, but many people who can play there if needed. For the first season I played Rodrigo in the CAM role, but after I received some money at the start of the second, I signed Dortin Rotariu to fill this role. I would reccoment trying to bring in a youngster on loan to backup Rodrigo for season 1.

Strikers – Negredo is currently on loan at Valencia from Manchester City but has a future fee arranged to stay at the club permanently. This is a bit frustrating as I do not believe he is the best option, you have Paco Alcacer who is the number 1 choice, but you have to watch out for a cheapish release clause which many clubs will look to expose. Rodrigo can also put in a good spell but I played him at CAM.


After playing through 3 seasons with Valencia CF in Football Manager, these are the 3 formations that played the largest part for me. Leading me to two league titles and 1 Copa Del Ray trophies. 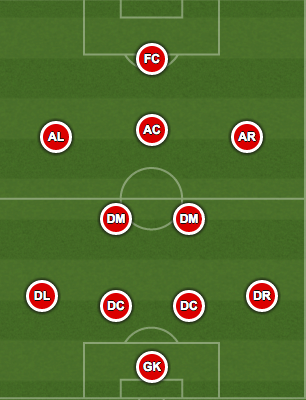 This formation was the one that carried me in this save. If I was ever worried of a result or was in the middle of a bad run, I would switch over to this tactic and the majority of the time the team would find a way to get the result. Up top I played Paco Alcacer as a complete forward and he destroyed up top for me. Behind him I played Rodrigo as a Shadow Striker and he was surprisingly good, the amount of chances he created was incredible. The wingers (Piatti and Feghouli) are crucial playing at the winger (s) role. 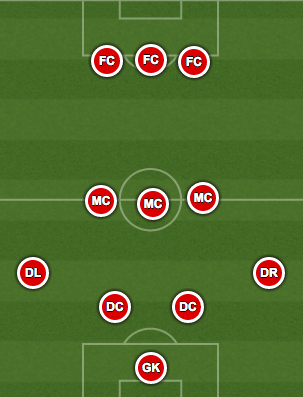 This formation allows for domination of the midfield, at first sight you look and imagine that you are going to get dominated down the wings but if you play your wing backs right and get your midfielders to move wider. The formation should work just right. Obviously in this formation it is important that your midfielders can dictate the play. Two deep lying playmakers (Perez on defend and Parejo on Support) and a BWM midfielder who should be Javi Fuego. The wing backs (Gaya and either a new signing or Barragan) should be pushed higher up as defending wing backs. 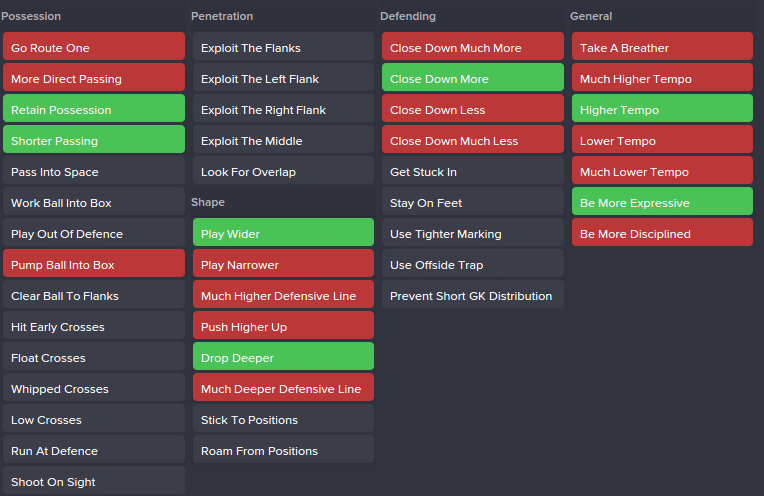 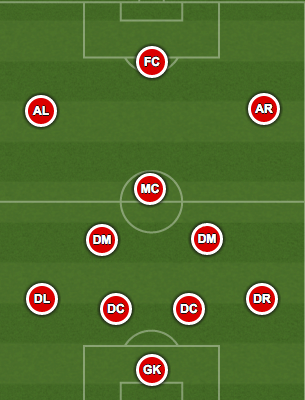 This formation allows for the wingers to do the majority of the work. I played the striker (Rodrigo for this formation) as a Deep Lying Forward and the two wingers (again Piatti and Feghouli) to cut inside and do the majority of the shooting. The midfield of Perez, Parejo and Fuego will dominate again with this roles of deep lying playmaker, box to box midfielder and ball winning midfielder.


The one position that I looked to correct straight away was the vacant RB position. Pedro Lopez is a good cheap option, but I would go with someone young and fast, like Hector Bellerin from Arsenal. Another option at CAM is also needed I signed Dorin Rotariu and he proved to be an asset.


The Liga BBVA is becoming more competitive each year and Valencia are only getting better. With the correct signings and implementing the right tactics, knocking Barcelona and Real Madrid off their perch shouldn’t be too hard.

Thanks everyone for reading, leave any advice in the comments and tell me about your experiences with Valencia.