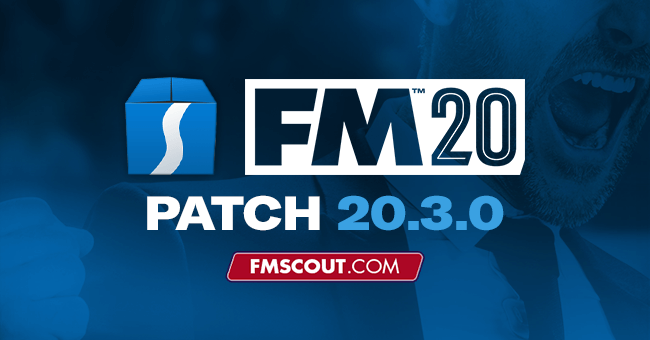 Sports Interactive have released the January Transfer Window Update for Football Manager 2020 on February 20th. For FM Touch this will arrive sometime next week.

The official data update patch arrived on March 1st last year and the year before that, so it's quite early this time. The reason is the decision by SI to roll out 2 data updates instead of 1. That means we now got January transfers update, and we'll get another data update for February transfers that will cover all those countries where the transfer window closes by February 29th.


The Football Manager Winter Transfer Update for FM 2020 is now available for download via Steam.
The updated database aims to reflect all the latest transfer changes, updated attributes and also includes various fixes and improvements (see changelist below).


To gain access to the new data and updated league rules you will be required to start a new game, however the majority of changes and fixes are save game compatible meaning you’re fine to continue any pre-existing save.

This means that upon starting a new game, the latest database will be available with updated squads, managers and everything else which happened before the January window closed.

You will need to close down Football Manager 2020 and re-launch for it to update. If this does not work for you or you feel it has not updated, you will need to restart Steam.
Even if that doesn't do the trick, then verify the game cache will.


For any feedback in regards to this update, please use the official FM20 Feedback Thread (requires free membership on Sports Interactive forum).