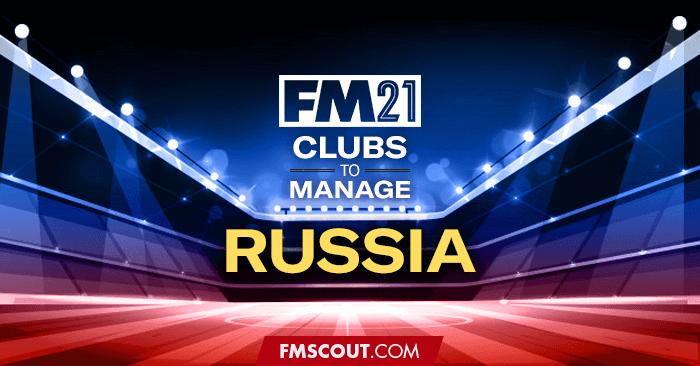 Looking to try out Russia for a FM21 save? This article will guide you to select a club to manage and enjoy for your saves. This is the Russia edition of a series of articles posted here on FMSCOUT, all of which can help guide you the reader to selecting a club for FM21.

The article is divided by league's; Russian Premier League, Russian Football National League - both of which are playable in FM21.

Let's start out in the Premier League where Zenit won another league title;

Spartak is one of Russia’s most successful clubs, including during the Soviet Union. They also have reached the semi-finals of all three of Europe’s main competition (Champions League, Europa League and Cup Winners’ Cup). At the fall of the Soviet Union – Spartak looked to be the sole dominant club in Russia, however after 2001 they’ve only won one other League title which came in the 2016/2017 season. Now they look to be on the slide again as other clubs are topping Spartak and eventually, Spartak’s record of most League Titles looks to be under threat and potentially beaten by the end of the decade. A turn of fortune on the cards?

Only in the past few seasons have Lokomotiv been a real force in Russia. Coming second in back-to-back seasons behind Zenit whilst before that a league win – Lokomotiv have been consistent. They may not be winning as many league titles as they would like but they’ve compensated with domestic trophies. While this is impressive, Lokomotiv have not translated the domestic success into full domination as Zenit seem to be doing or CSKA and Spartak before them once did – nor are their European campaigns anything to be excited about, in fact they’ve been poor. Someone could take the reigns of this club and bring out their true potential into being a dominant force.

Historically, Dynamo Moscow was one of Soviet Union’s most successful clubs. During the 1960’s and early 1970’s, Dynamo were a strong representation alongside Spartak and Dynamo Kyiv for the Soviet Union. They made the Cup Winners’ Cup final in 1971/1972 – a feat of a Soviet/Russian club getting to a final which was not repeated till CSKA Moscow won the Europa League in 2005. Last season sees Dynamo back in Europe for the first time since the 2014/2015 season and they look to push on even further, challenging near the top once again.

Arsenal were in amateur football as recently as 2010 but now find themselves in Russia’s top flight for a fifth consecutive season. Mid-table finishes have dominated the club as of late after their first European campaign which happened last season ended quickly with a 4-0 aggregate loss to Azerbaijan side Neftci. It does not look like Arsenal are in threat of sliding down the leagues once again but they are in danger of being left behind by other sides such as Rostov, Spartak Moscow and Rubin Kazan along with the other traditional clubs to compete in European places and eventually for silverware.

CSKA are one of modern Russia’s most successful sides and have the honor of being the first club in Russia to win one of UEFA’s main competitions by winning the Europa League in 2005. Historically CSKA was the official team of the Soviet Army during the communist era – and after the dissolution of the Soviet Union they became privately owned. Modern times have seen CSKA fall short of success and replaced by Zenit as the biggest club in Russia – whom also look to surpass CSKA’s tally of 6 Russian titles.

After being promoted to the top flight for the first time ever in the 2003 season, Rubin won back-to-back league titles in the 2008 & 2009 seasons. Things looked to be good for the club who could establish themselves as one of Russia’s traditional clubs and consistently fighting at the top. However that success at the turn of the decade was short lived and have consistently found themselves now languishing in mid-table. They’re too good to drop back down to the lower divisions yet they don’t look good enough to break into the top of Russia’s elite either. Where this club’s pathway goes is up in the air.

Sochi have only been in existence since 2018. FC Dynamo Saint Petersburg were relocated to Sochi which made them the only professional football club in the city – and were therefore re-founded as PFC Sochi. Their “first” season saw them promoted and last season saw them finish in 12th place, only two points away from relegation. Impressive but Sochi look like to be back in a tightly-contested relegation battle for next season.

The largest and best supported Volgograd club – for most of their existence Rotor have been the city’s only representatives in Russia’s National League System. After the fall of the Soviet Union, Rotor were actually one of newly independent Russia’s strongest clubs with consistent qualifications for Europe, however financial mismanagement saw them relegated in 2004 and eventually found themselves in the amateur leagues as recently as 2015. Now they are back in the top flight after 16 years and look to re-establish themselves as one of Russia’s strongest clubs.

Historically, Torpedo are actually one of Moscow’s biggest clubs during the Soviet era, where they had great success both domestically and in Europe. Typically – financial troubles saw them relegated for the first time in their history following the 2006 season and have only played one campaign back in the top flight since. They’ve even bounced between the second and third tier’s in recent history. They missed out on promotion and maybe next season is the year to get back into the top flight – remaining there is the challenge.

Last season was Chayka’s first ever in the second tier where a solid mid-table finish was there reward after COVID suspended the league. Only being in existence since 1997, the small club have never been in the top flight nor have performed as well as they did the previous season overall in Russia’s league system. Quite unprecedented as many clubs have had one-time or small stints in the top flight or Soviet era but Chayka despite the COVID pandemic remain in Russia’s second tier and challenging some formerly big clubs.

Nizhny were founded in 2015 – despite being a young club, they’ve been blessed with having their home stadium as the Nizhny Novgorod Stadium – one specifically built for the 2018 World Cup. Now going into their fourth season in the second tier, hope is on the cards for the club to see top flight football in a stadium deserving of such.

Thanks to the COVID pandemic, Fakel actually survived staying in the top flight despite being positioned in the relegation zone. Due to the financial difficulties thanks to COVID, several clubs such as Armavir, Avangard Kurst and Luch Vladivostok had to withdraw from the division, which means that Fakel survived as they did not withdraw. Interestingly during the Soviet era, the club was founded in 1947 at a then classified airplane plant and for secrecy reasons the team were not officially given a name. They were referred to as the “Voronezh City Team”.

Another club who unfortunately in the not too distant past despite European football had suffered licensing issues and financial mismanagement. Now they find themselves as the stereotypical “yo-yo” club for close to a decade and will now play in Russia’s second tier. Throughout their history there has been no major success, with no top flight league or domestic cup titles to their name. While the financial mismanagement seems to have quelled, the struggle to rebound and stay a consistent top flight side especially post-COVID is a struggle Krylia may not survive from. 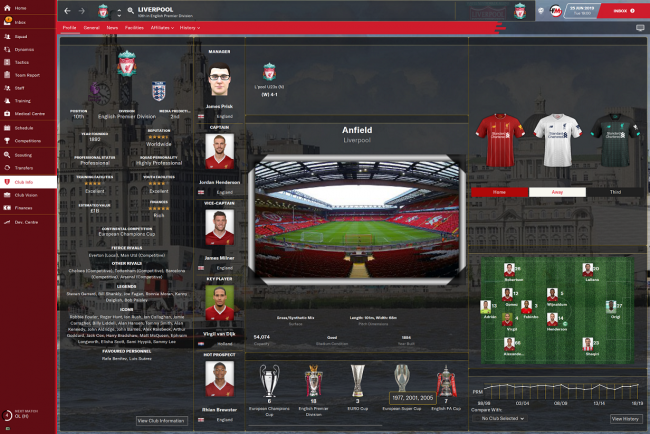