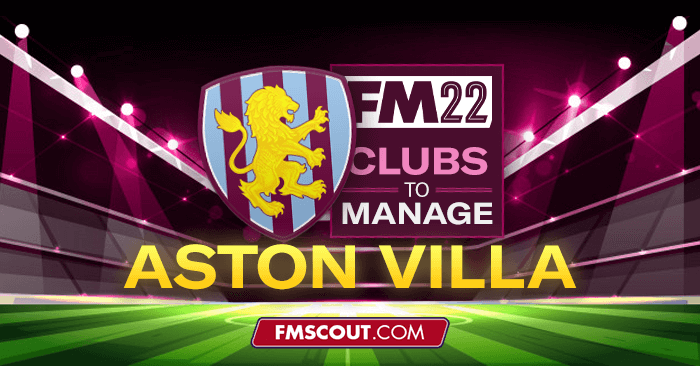 A bit about Aston Villa


Were part of the inaugural Premier League season in which they finished second.

They were in the league for 24 seasons before being relegated from the league in 2016/17, returning after three seasons they have been in the Premier League for 26 out of the 28 completed meaning they are synonymous with being part of the most exciting league in the world.

Clever buys and offering young players a chance there have been some class players who have turned out for the Claret and Blue in the Premier League.

After a large turnover in staff and players they were hopeful to be promoted however disappointingly they finished 13th the first season after relegation.
They were promoted back to the Premier league via the play-offs in 2018/2019 under manager Dean Smith whom is a boyhood Aston Villa fan.

Villa have also recruited well and the coaching has improved a good number of players whom were not necessarily fancied by previous clubs, a great example is with new captain Tyrone Mings whom was signed from Bournemouth. They had signed him from Ipswich suspected as a good prospect though injuries hampered his bedding in and he made less than 10 appearances in each season there.

Aston Villa took him on loan and developed him as a centre back, he is now their first choice in this position, has become the club captain after the departure of Grealish and has featured for English during his time at Villa, a vast improvement from his time with the Cherries.


Their first season back in the top flight Villa spent in excess of £100million on 12 players with a view to surviving – whilst this was met by optimism they only just survived by 1 point finishing 17th.

Following on they had a far better second season finishing in a comfortable 11th place with 55 points a 20 point improvement on the previous year – nearly spending £100million again.

Leading onto this season – okay they have sold former captain and playmaker Jack Grealish but again they have invested serious sums of money on not on replacing him but to improve the squad again attempting to break into the top half of the table but quite possibly into the European places and why not?

There are other clubs whom were there or challenged previously that are now in transition whilst Villa are on the rise with both performances and finishes in successive seasons and surely being ambitious is what has sold a couple of the recruits to Villa Park in the first place?


So Why Manage Aston Villa?

Can you maintain premier league status without the former Talisman.

He was more of a playmaker on the wings and was a key component of Villa staying up after being promoted back to the Premier league. Grealish was the most fouled player in the division and created far more chances than any other player at Aston Villa in the Premiership.

Can you change the tactics to function without him? Or Is there a replacement to take over the playmaking duties? Emi Buendia was bought beating Arsenal to his signature, he has been an ever consistent playmaking, goalscoring threat for Norwich City, can he replace Grealish in your Aston Villa side?

A team on the rise?


They have Ambition & Investment – Yes of course they received a large pot of cash with the sale of Grealish but since they were promoted back to the Premiership they have shown desire in the transfer windows and have made waves trying to elevate into the top half of the league and have improved deserving their 11th placed finish last season.

With their investment again this summer they will again be looking to break into the top half and if possible the European places.

They will particularly be hoping that this will be within reach with their big money signings - Danny Ings whom is an established prolific forward and Leon Bailey a very pacey exciting winger/forward bought in from Leverkusen.

The money has been there for the last 3 seasons, whilst FM22 you may not start with a massive pot of gold there could well be more to follow after the first season and if you can reach the European places an even higher standard of player could be attracted to the club either way you should get money to invest which if this is your preference to spend then Villa could be that team for you.