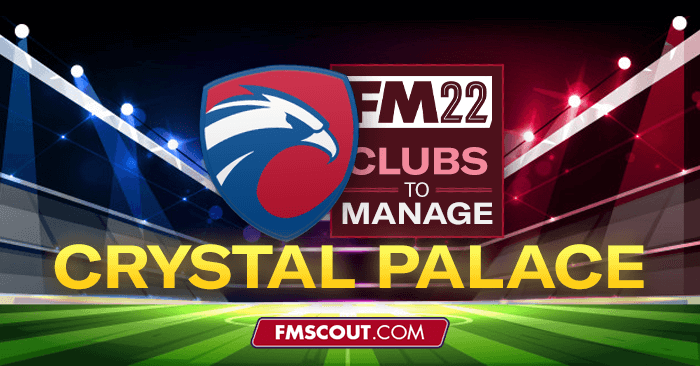 A bit about Crystal Palace


Changing of the Guard

Roy Hodgson was in charge of Crystal Palace from September 2017, he had taken over from Frank De Boer. The Dutchman had been brought in to replace Sam Allardyce, the idea at the time was to change the pragmatic style of play previously used to keep them in the division to something more attractive.

The signings that summer however were not many and not in keeping with the football the De Boer wanted Palace to play he lasted only 4 Premier League games as they lost all four without scoring.

Hodgson came in and restored the pragmatic approach and the more direct style of football which suited the team, each year they would survive and be reasonably comfortable in doing so.

This season once more Palace have decided to opt for a manage whom is implementing a less direct and more attacking approach the difference this time is the transfer backing, 6 major signings were made in the summer to fit in with the new philosophy of new coach Patrick Vieira.

He has garnered a positive reputation since retiring from playing and becoming a coach – Crystal Palace is his biggest challenge to date maintaining their place in the Premier League whilst bringing in more attractive football to Selhurst Park.

So invested in the philosophy they have done and Viera has already outlasted De Boer with the Palace board actually giving the change of style more backing. Vieira is more of a coach and has worked in several roles during his coaching career each time heavily focussing on youth development.

It is hoped that these players will serve the base of the Palace squad for years to come and can be developed by Vieira for this purpose of continued survival and hopeful rise up the division and if required to be sold on for even greater transfer fees.

This is a change from Hodgson and Palace's previous season's dealings where signings were more in point with proven records able to come in and do a job – whilst the signings were not poor in nature on the whole their practicality means they tend not to make a profit on players they sign - whilst there are some exceptions the main money that has come from sales had been the sale of Aaron Wan-Bissaka to Manchester United for approximately £50million who came through the academy.

This change of approach gives Palace some flexibility for both their play on the field and financial future – playing better and getting more positive results means they are looking likely again to remain in the Premier League where the TV rights has been such a vital source of income.

Now they have a younger, hungry group of players that if develop as expected could prove to be a vital back up should form change and they were to go down or if they continue to do well could possibly be sold for larger sums and boost their finances for future squad building.

So Why Manage Crystal Palace in FM22?

Similarly to Brighton more so after this summer's transfer activity the squad is now filled with several young bucks eager to impress and grow – several of these already discussed have already made an impression and positive times surely for Palace fans especially being more optimistic about avoiding a relegation battle like some other campaigns again a club where can you develop these younger players through and develop them alongside the more experienced players.

There seems to be a good blend here though and coaching them like Vieira is doing would surely be worth the endeavour.

Whilst a new striker has been brought into the club a smaller separate challenge could be to actually get Benteke scoring or working for your side along with the others, he definitely has improved his game recently working more in tandem with the other attacking players would could be a very useful avenue to explore or to have as a plan B.

If you can try and keep hold of ambitious Zaha too who has been linked away from the club for the last few season.

If not Benteke can you get Edouard to step up and take the league by storm, he's got the potential and the players around him, unlocking the play making talents of the squad to feed him could guarantee you a 20 goal a season striker.

Whilst in real life Palace have moved away from the pragmatic nature of previous manager Roy Hodgson - he did what was asked and kept them in the league and competitive.

Vieira is slowly getting much better performances on the pitch and can consider themselves unfortunate to not have more points on the board with their displays, 5 draws paints a story in that they are not taking maximum points even when they have been the better team – getting the team to play more attacking football and picking up the points they could have had, there's a challenge there.

Can you get the Eagles to fly high in the league or will you be 'On the border' of the bottom three - either way survival is the only way to maintain your job.

Like other clubs I've wrote about and more to come a cup will be high on the agenda and definitely within reach, Palace's trophy haul is arguably one of the worst in the 20 clubs with only 4 in total, they are definitely capable like many teams of having a cup run so perhaps focusing on one of them could land them their first trophy in over 25 years.