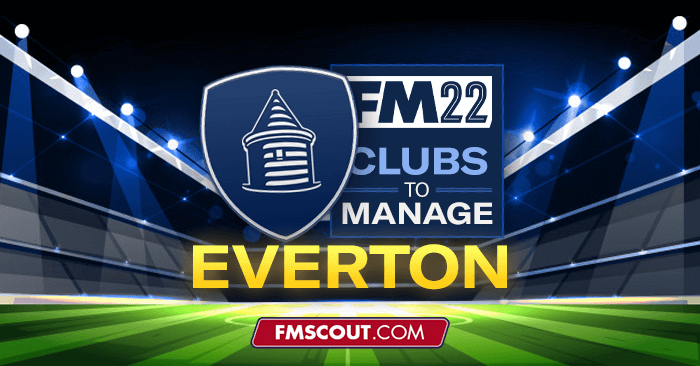 A bit about Everton

Despite having a very successful history in their own right (9 top flight titles!) Everton by and large are considered to be the second best in the city of Liverpool generally in the shadow of their neighbours instead of being in the limelight themselves. It was interesting during the 80's when both were very successful and both teams took home the title for most of that decade.

Farhad Moshiri invested heavily in the club in 2016 and since buying just under 50% of the club has lead the club to spend heavily in the last few summer windows, on some highly notable names such as the profile appointment of Carlo Ancelotti and the massive signing of James Rodriguez from Real Madrid. This lead the fans to dream of overturning the dominance of their neighbours and a feeling they may compete for silverware again however this investment has not currently bore fruit nor see them even come close.

Ancellotti left the club earlier this year leaving Everton the need to bring in a new manager to at least continue their steady form and carry on developing the players at the club.

A controversial appointment to say the least was made for former Liverpool manager Rafael Benitez. There are few players to have crossed the divide which has always been met with stick from the fans, Benitez became only the second manager to do so. There was immediately resistance from the fans but one thing for their supporters is that they will always give someone a chance – they did so and a decent start to the season has helped to ease the initital backlash – they will need to keep performing and winning points though to keep them onside as too many poor performances and results will lead the Goodison crowd to become very vocal and hostile.

Everton know their main two attacking players – Dominic Calvert-Lewin and Richarlison can cause issues for any team they play. They have both have forged a good understanding along with the supporting players meaning there will always be chances for them to score. Injuries have restricted both featuring much together so far this season, despite this Everton have started fairly well but will need both back as soon as possible to maintain their early good form.

Calvert-Lewin had scored 3 in 3 before injury and scored 16 last season, Richarlison has 3 goal contributions this season and 10 in the last campaign, repeating that and more might see Everton break into the European places which would likely be their aim for this season.

Understandably after the pandemic has caused such wide scale disruption and after playing so long without fans the same level of spending was not sustainable for all clubs and this season saw the much less profiled acquisitions of Solomon Rondon, Andros Townsend and Demarai Gray.

Like Benitez's appointment these 3 singings were not exactly met with the same level of optimism as previous signings and were not deemed as exciting as James the previous summer.

Benitez mind is a savvy manager and is well known for getting the best out of his troops – so far this season mostly he has done so again to his credit with both Gray and Townsend making blistering starts to their Everton careers both with 5 goal contributions in the first 9 games, just what the fans would have ordered, this has eased the pressure of playing without Dominic Calvert-Lewin and Richarlison together for several of their games this season already. Even more impressive when you consider together they both cost Everton less than £2million.

So Why Manage Everton?

Well first of all they are the 'second' club in their city so a long career to try and catch up if not overtake your long time rivals would be a good option for those who enjoy long term saves. They have been frugal this summer but previously investment was made so it would be hoped to get some backing to make this possible.

Like other clubs a run at silverware would be welcome even just in the short term and definitely possible even with such shorter saves but also aiming for European places, there are several teams in the mix and Everton would be considered as one of them who could get there.

Doing a Benitez/Ancelotti – both are good man managers and get the best out of individuals performance wise but also improving them as players perhaps you can do the same and look to get similar impressive performances from the new boys Gray and Townsend – arguably they are in the best form of their careers so replicating that would be quite the feat. There are plenty of other younger players who could also improved and maybe stars made of them – Tom Davies, Ben Godfrey, Anthony Gordon could potentially all be very good players with that little bit of coaching and a chance.

You have two excellent forwards in Richarlison and Dominic Calvert-Lewin, keeping them will be important and providing the ammunition in the right system for them key to performing well and propelling the club into Europe and beyond – if you can get this right success surely would be oh so sweet for the Toffees.