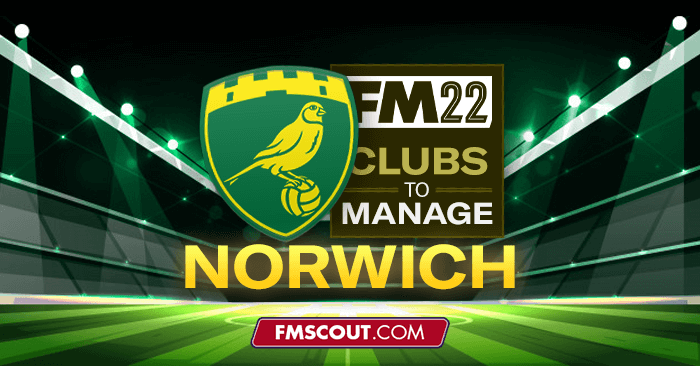 A bit about Norwich City

On the Ball City

Norwich City are probably better known for either being a yo-yo club between the Premiership and Championship in recent times or for the time they beat Bayern Munich in the Olympic Stadium the only English team ever to do so.

During the Premier League era Norwich have been in the Premier League several times however their stay tends not to be long and they tend to return back to the second tier after one season, they did manage to stay up for a couple of seasons in the 11/12 and 12/13 season and returned to the Championship in 13/14. Since then they have gone up and down twice more and this season is their third back in the Premiership after promotion since those two successful seasons.

Norwich have a model much like Brentford and Leicester in that they are happy to sell players on, they will looks to promote youth and purchase younger players elsewhere – develop and sell them on for profit though Norwich are purely self-sufficient where the sales are a necessary part of their survival as their shareholders invest only the money the club generates within itself and do not pump money into it unlike owners at most other clubs. It is a great principled club however this model is heavily restrictive particularly when they are promoted because the funds are not there to invest heavily into the squad and give them much chance of survival.

I am not writing them off mind, two game weeks ago they looked virtually relegated already with 2 points in 10 games however back to back wins has seen them rise off the bottom of the table and are only 3 points off 17th placed Leeds United, if they can show enough grit and steel under new manager Dean Smith there is every chance they could defy the odds but it will take an immense amount of hard work. The squad is a poor one statistically performing awfully in practically every area.

They are the lowest scorers in the division and joint worst with conceding – the players ratings as per whoscored.com make for grim reading with only Mathias Normann and possibly youngster Andrew Omobamidele able to hold their heads high. Grant Hanley's rating has increased after the back to back wins but a goal in the last game has significantly boosted what wasn't a good campaign for him previously. Omobamidele is third currently on their overall ratings with 6.71 but bearing in mind he has broken into what was a very poor performing side and debuting in the Premier League as a 19 year old defender has given a decent account of himself performing better than many of his more senior colleagues. 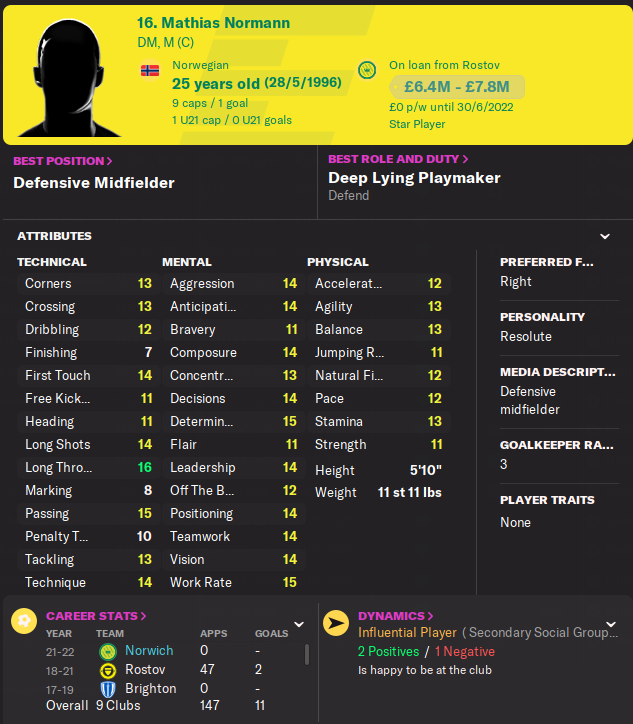 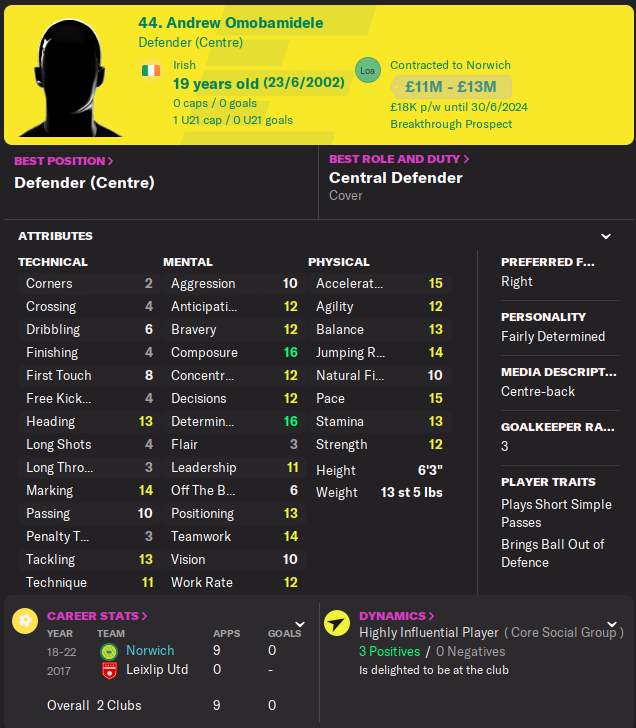 Daniel Farke was relieved of his duties just before the November international break with felt at the time a strange time as Norwich had just won their first game of the season and to bring in the recently sacked Dean Smith didn't strike of planning as they could not have known he was to be sacked the day after Farke – still this could be most fortuitous especially as Norwich got their second win of the season in his first game in charge. He has experience of the top flight and even more before that so it is possible his know-how may work in Norwich's favour. They will certainly have to improve defensively and work harder in midfield to keep them in games better, with certain frozen out players getting a second chance there is certainly more optimism now that they may be able to defy the odds, they have a good shot stopper in Krul whom is also is one of the best at saving penalties though Norwich will hope these skills are not needed as frequently from now on. 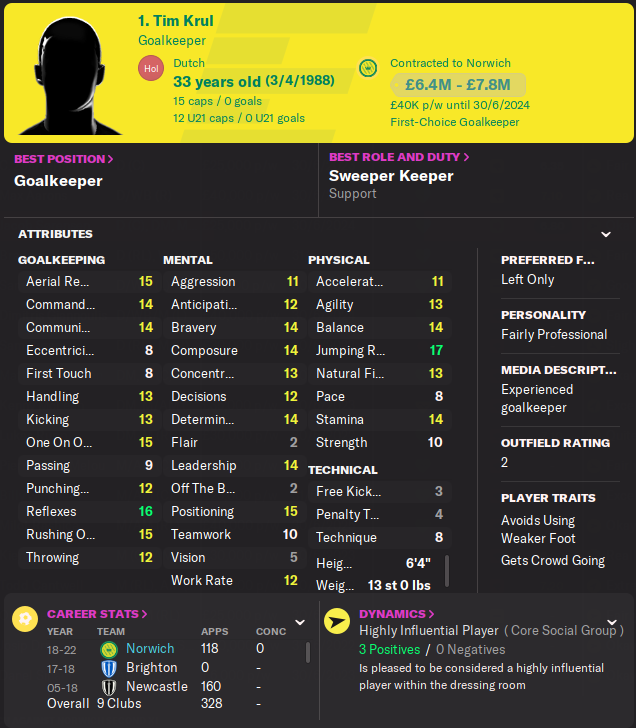 It isn't just defensively they must improve Dean Smith will need to not only change how the midfield protects the back four but how they then progress forwards. 7 goals in 12 games is by far the lowest in the league and the only side not to have double digits, Teemu Pukki has previous form during their last stint in the league and is prolific in the Championship, he definitely knows where the net is but will need help from midfield to get some more goals and to create chances for him. It was considered a big coup for Norwich to loan Billy Gilmour from Chelsea, he had a good set of games for Chelsea in the second part of last season as well as playing well for Scotland in the Euros, getting a chance to be the hook for a club seemed a logical move but he was frozen out by former manager Farke who didn't seem to be able to make the best of his talents. Gilmour will certainly be hoping to finally get the run of games expected at the start of the season to influence Norwich and his passing game will be key for Pukki and his team mates in the final third of the pitch. 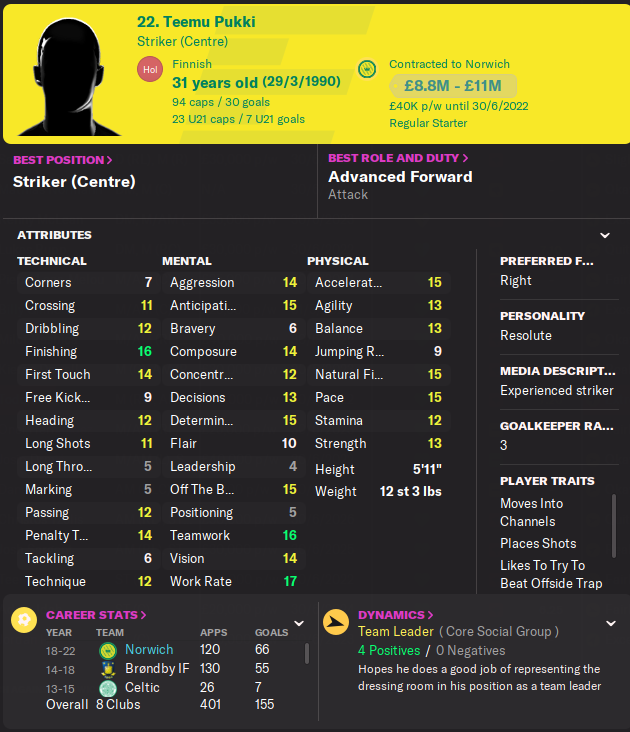 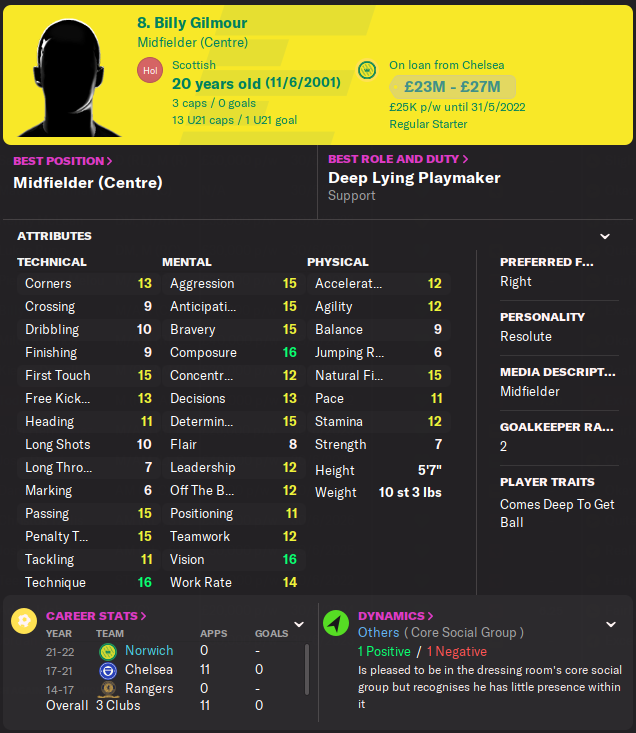 So Why Manage Norwich City?

First and foremost realistically can you keep them up? It's my opinion that the squad is poor except for a few stand out players, by and large they are Championship quality and it will be tough to stay up and keep them up with that squad.

Getting the right style and paying close attention to the fine details game to game to restrict the opposition will be vitally important.

In the Championship under Farke they were a strong open and attacking side but doing that in the Premier League has seen them receive lashings by the opposition and in FM a very attacking game will likely see the defence face a lot of shots finding a balance like Dean Smith now has to do will be the key.

You could decide to follow Norwich's model meaning you will need to be good with youth teams – promoting the right players, buying the right prospects and turning them into profit makers.

They have done so historically with James Maddison, Jamal Lewis, Emi Buendia, Ben Godfrey etc before and as the board do not inject money without a takeover you will need to develop players for profit to boost your transfer budget – the current crop of players you may find tricky to do this in season 1 or 2 particularly if they follow real life form, also 2 of your better players are on loan with another 2 loanees which won't generate any money for you if they are used to keep you up.

Your best chance will be with Todd Cantwell or maybe Adam Idah but this aspect is a different challenge to the other clubs who would invest more heavily than Norwich, it is another club where you may give the Director of Football the reigns like they currently do but after the current season's recruitment this might be too big of a challenge.

Keeping with Norwich's model would be a great save for those who like to make the game as realistic as possible, even if you did stay up in theory you would not receive a large amount of cash and forcing yourself to sell a couple of your biggest stars each season would not only be realistic but force yourself into a handicap the following season.

Some times you can get far enough to be solid and a force but by purposely selling your best will make the save harder and an interesting time of things each season.

So you've kept them up and maybe you've sold a player or two – well you may have noticed that Norwich's trophy cabinet is nearly non-existent only Watford's is smaller within the league.

Unlike some of the earlier teams we've looked at I wouldn't say it is realistic to win a trophy in season one, a cup run may be do-able but with Norwich's squad I think you would be fortunate to win something so for the long-termers getting silverware in the bank will take time but something to make the Norfolk club and their fans happy – rivals Ipswich have a larger trophy haul with a top flight title, an FA Cup and a Euo Cup in the bank – whilst they find themselves lower down in the divisions arguably their history is greater so investing time into making Norwich the top club in East Anglia could be for you.

Whichever way you go there are many challenges in store for you here and you'll need all of your squad to be singing from the same song sheet to achieve success with the Canaries.