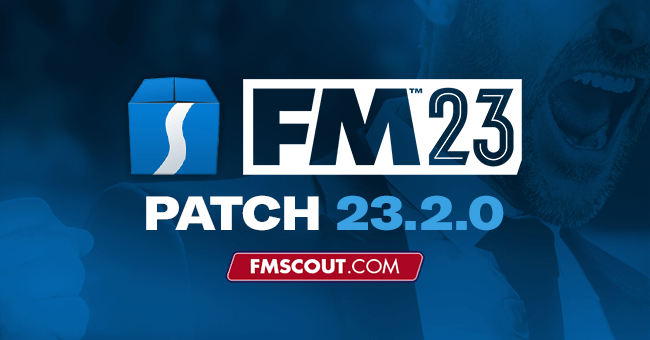 This update brings a new match engine version, as well as crash fixes and stability improvements.

Key Changes
- Fixed defenders incorrectly stepping up at times when defending in a back three with no fullbacks/wingbacks
- Adjusted the directness in some teams
- Reduced the number of unrealistic lofted passes
- Reduced players losing the ball too cheaply when playing with back to goal
- Reduced the frequency of defenders giving the ball away in and around the box
- Tweaks to defender anticipation when running towards the ball to attempt an interception
- Tweaks to defender decision-making for aerial balls
- Tweaks to defender reaction times in situations where they've switched off and made a mistake
- Improved centre defender decision-making when covering for fellow CB outside the area
- Improved corner defending, particularly defending at the near post

Positioning/Movement
- Fixed double-AMC formations to make them wider when their team is in possession and/or is high pressing
- Fixed central defenders in a back-four to be wider when building from deep
- Further improved player decision-making between dropping into space to offer passing options or looking for space behind the defence
- Improved defender off-the-ball positioning when the team is instructed to play out of defence and the GK receives a pass
- Adjusted Inverted Wing-Back positioning to better support attacking play, particularly when the ball is on their flank
- Tweaks to Mezzala drifting too wide in certain situations when trying to progress the ball

Misc.
- Fixed players not marking correctly on wide free kicks that use the corner defending zonal marking
- Fixed rare issues where the defender leaves ball for the keeper when it’s about to go in the goal
- Fixed rare issues where a player receives an extreme speed boost
- Fixed rare issues where an offside goal was being incorrectly given
- Fixed a rare issue where players are inclined to shoot at very close range first time
- Fixed player attempts a header towards goal from far out when the ball is too high to volley
- Fixed attackers moving too deep in search of the ball in certain situations
- Fixed clear cut chances showing as zero in the Data Hub Team Analysis report
- Tweaks to make VAR less predictable
- Removed 'dribble more' enforced instruction from attack duty Wing-Back roles
- Increased the use of the Segundo Volante role by AI managers when appropriate
- Various stability fixes


As usual the update is save game compatible, so you don't have to start a new save game.
*For competition specific changes to take effect, a new game is required.
To update you will need to close down Football Manager 2023 and re-launch for it to update. If this does not work for you or you feel it has not updated you will need to restart Steam or Epic.
If that doesn't do the trick, then verify the game cache will.

If you encounter any issues post update, please use the official FAQ for troubleshooting suggestions. You can also contact [email protected] or use or SI's FM23 Bug Tracker for further support.