Every year since 2005 SI delights us with probably the best football game ever, FOOTBALL MANAGER. Every year the developers prefer to "upgrade" most of the game features and add just very few new ones which in my opinion is GENIOUS.

Adding many new features to a game will confuse the community, especially the new players, and SI probably knows it. FM12 is no different from this, having most of the old features from FM11 tweaked plus a couple of brand new improvements / additions... It feels like the game is a new development and at the same time it keeps in touch with the old version; all of this just so the manager will learn to play the new released game much easier compared to other direct rival games from other developers, regardless if the player is experienced or a newbie.

The following will be the new and improved key features of FM12 with the developers description and my personal opinion of them.

Manage Anywhere, Anytime – the ability to add or take away playable nations in your saved game as often as you want. Manage in that country at the start of the next season - meaning you don’t have to decide on which nations are playable at the start of your career.

My opinion: a very useful new feature that will probably help everyone playing the game. I usually start with Steaua bucharest and load only the romanian leagues for fast progression. But after a couple of seasons I get bored and I want to manage elsewhere but I have only the first two Romanian leagues available.

From now on you can load just one league at the start of a new game and when you feel you need a new challenge you can just add another league to the game and remove the previous one if you're a game speed maniac like me. You can add one or all the leagues available so you can have as much flexibility as you want.

A small inconvenience would be that even if you can add a new league whenever you want, that new league will load and be available only at the start of every season (the exact date varies from country to country).
A great new feature that will be very popular among managers. 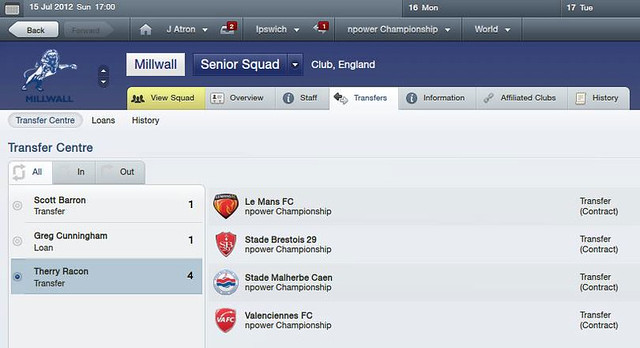 Transfers & Contracts – significant changes to the transfer and contract systems, including loyalty bonuses, better implementation of amateur and youth contracts, an improved transfer centre and the ability to lock areas of the contract negotiation when you aren't prepared to budge. This helps you to manage your budgets and gives you flexibility in what you offer money hungry players, or agents, as incentives.

My opinion: "significant" is not the word I would use here. I admit there are useful changes made to negotiations but I wouldn't use "significant". Maybe my expectations were higher but I must admit I'm a bit dissapointed by this feature (maybe that's just me). The loyalty bonus is just a new name for signing on fee, the money you give to agents is still high, no new clauses and bonuses.

On the other hand I like the "lock" system that allows you to actually lock some parts of your offer in the negotiations screen. This means that if you want to give a player 200k per month and not a penny more, you can lock the salary and the agent will be forced to re-think his strategy (signing for 3 years instead of 4, asking more loyalty money, better bonuses) which is very good if you have money problems and don't want to spend all the wage/transfer budget on one player.

The "lock" system is the only new feature I like and find it very useful, other then that... everything is the same as it was in FM11. 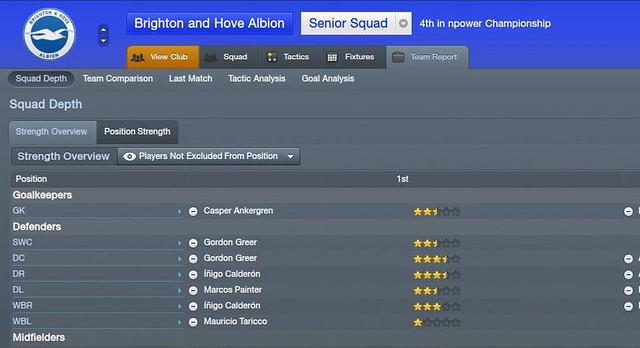 My opinion: the team report section of the menu has very detailed statistics about every player of your team and the opposition, statistics about the opponents, various other statistics about the teams that play in the same league as you. It even has a short description of the way a player performed on the pitch in the last game made by the assistant. It is PHENOMENAL and I'm sorry I can't tell you more about it but after the game will be released please check this section.

You'll find many new features for both experienced and newbie managers to use for the improvement of the team. 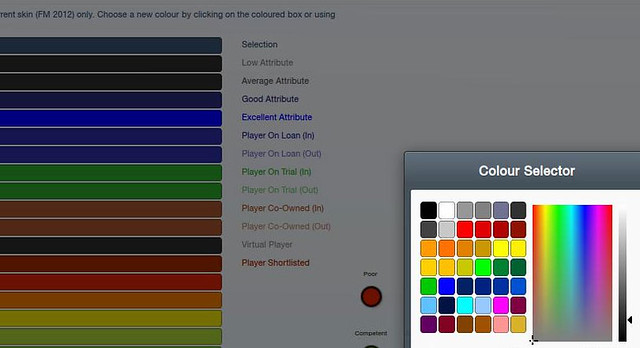 3D Match Improvements – new animations, a whole new crowd system, improved weather system, more stadiums, plus two brand new cameras - "Behind Goal" and "Director Cam" as well as all other camera angles being reversible - meaning you can watch and analyse every aspect of every game.

My opinion: the match engine from FM12 is just like in the description made by the developers. The animations are more life-like, better crowd system, the weather system looks more real, the two new camera angles are a good addition especially the director cam (even if it could be tweaked a bit, leaving the angle for set pieces visible a bit longer).

Everything is improved here including the AI of the players. If the oposition hits a long ball for the striker to run for it you're defender will no longer dwell, he will run at full speed for that ball and clear it or try to tackle the opposition striker (it really depends on what will be you're defender's instructions). 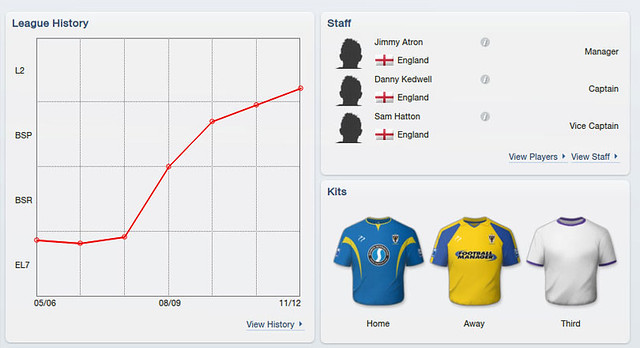 My opinion: "bigger is better" in this case. I think that the more information you have on the screen the better it will be. You can add or remove columns as you wish.it can be a bit confusing at first but after a couple of minutes you can have you very own stats screen.

A very good addition for the stats hungry managers. 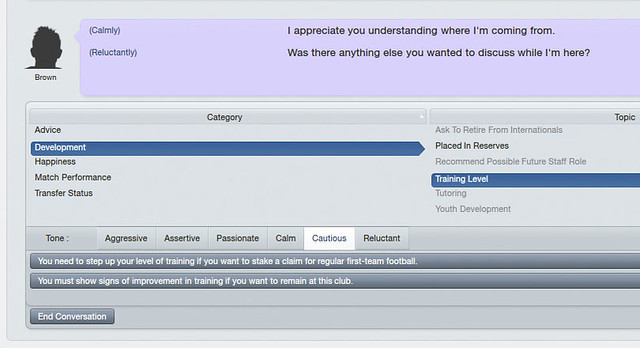 Tone – a whole new level has been added to team talks and conversations, with the new tone system, which allows you to specify the way you want to say things – be as cool as a cucumber by saying things calmly or throw tea cups around by saying things with passion. There are 5 different tones to choose from with specific comments per tone.

My opinion: this was one of the features I was looking forward to and I'm not dissapointed. SI did a great job with the team talk by adding 5 tones to choose from making the manager's job much easer. There is also a feedback system implemented in the team talks letting you know what was the reaction of the players after you spoke to them.

To be honest, this feature should have been part of FM for a long time and I'm really glad that SI decided to add it. The feedback system let's you see the player reaction and in the long run you can learn how to motivate a player by saying the right thing at the right time. 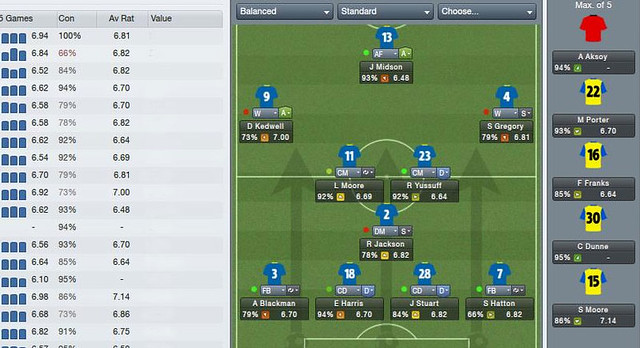 Brand New Tutorial – standing separate from the main game, a mode to help new players find their way around the game easily whilst also offering tips to experienced managers on how to get the most out of the game, as well as a new in-game “how to” system.

My opinion: I was reluctant to test the new tutorial because I'm an experienced FM player and I thought that no tutorial in the world can impress me... but I was wrong. Very in-depth tutorial, different from the last ones, which can actually help both new and experienced players. It has basic instructions for new players to help them get aroung the game and to learn where is where and it also has advanced directions for experienced managers to help them get the most from the game and it's new features. The "how to.." box has everything you need to know from the location of the inbox messeges to guides for advanced tactics making.

A great tutorial for everyone playing FM12. I recommend taking a look inside it even if you are an experienced manager.

Overall this will be a great gaming experience to everyone and I can predict lots of days lost by everyone playing this wonderfull game. FM12 has great improvements such as the option to add as many leagues as you want as many times as you want, the "team reports" section that allows you to analyze hundreds of important statistical data, the match engine is clearly improved and of course the tone selection in team talks.

The game itself will be a bit confusing at the beginning but the learning curve is about 10-15 minutes for experienced managers and 20-30 minutes for beginners. Every section of the game has minor improvements (over 800 as the developers said) and obviously I'm not going to describe each and every one of them, unfortunately there are some disappointments. I've expected more from the youth system and why not, maybe some more improvements to the training system.

In the end... I really do hope you can find a big enough cloth to stop the drooling and wait another 3 weeks until the game is released. Believe me... it's worth the wait.

Can't wait to get your hands on FM12?

Pre-Order Football Manager 2012 (Digital Edition for PC & MAC) from our official store for just £29.99 now!
- You save £10.00 off retail price (25%)
- No DVD, it works as simple as download-install-play
- Download it on release day
- Steam required (activation & achievements)
- Download on multiple computers
- 100% secured for online payments

Recommended read: Why buy Football Manager and not download it free?