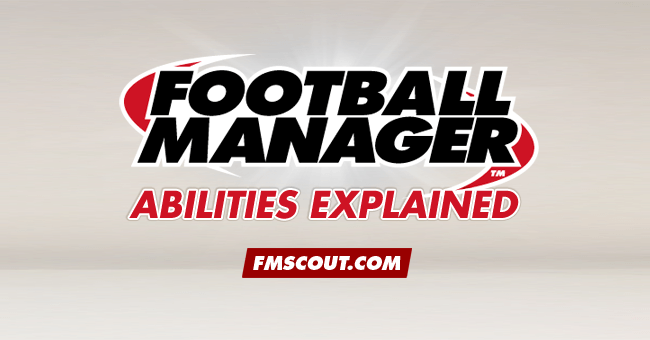 Current and potential ability (commonly known as CA and PA) apply to both players and backroom staff members. It's an indication of how skilled that person is and how much you can expect him to develop further, depending on his age (and some other attributes like ambition and professionalism).

In this article we'll focus on players because when we talk about abilities in Football Manager everyone thinks of players more than anything else.

Current and potential ability can be 0 to 200, where 200 is the absolute best (e.g. Messi). Most players have fixed / set ability values, but there are players whose ability (potential ability mostly) will fluctuate in every new save-game you start. Negative ability means that the player will get a random ability value in every new save, but within a specific range which depends on the negative number.

Negative values are usually found in potential abilitiy and they are common for younger players up to the age of 22. In some cases we can find negative value in current ability as well.

Why do negative abilities exist?

Well, it's a good solution when researchers / volunteer scouts don't want to set a fixed ability for players who haven't really convinced them of using a specific value. Negative abilities are in fact ability ranges.

Negative abilities are even more flexible in FM 2016, as there are intermediate values introduced for the first time. Therefore we don't move directly from -8 to -9 but there's the -85 range in-between, and so on. The ability range itself remains the same as always to 30 points.

This is how minus ability ranges go.

When the researchers have no idea about a player's ability, they resort to using the totally random ability value. The zero ability. Players with 0 ability can take literally any value between 0 and 200 in every new save started.


What is more important? Ability or Attributes?

I see this question a lot. The quick answer is that attributes are more important because they directly reflect a player's quality for specific positions and roles. Current Ability and Potential Ability are indications that can give you a good idea of how talented a player could be, but they don't reflect quality you can measure.

Having said that, there are players with lower ability who are better than others with higher ability. It's all about key attributes for given position and role.


What about ability stars?

The current and potential ability stars that your scouts and other backroom staff give on players can be usually inaccurate and misleading. The reason is that they depend on several fluid factors, such as the ability of your staff to judge current and potential ability, the skill level of the league your team is currently competing in and the skill level of your squad itself.

As a result you might even see just 2 golden stars for potentially world class players. My advice is to either ignore these stars and count on your intuition or at least make sure you have great scouts who can provide you with a somewhat dependable opinion.