For a big country, Australia only has a little league, both in terms of reputation, and in terms of the number of competing teams. While the former is slowly rising, the FFA needs to look at the latter, and see what can be done with it.

With that said, in terms of playing the league on Football Manager, it can be both a fun and rewarding process, while also providing good amounts of frustration.

Competition Structure
Each team plays the other nine teams in the league a total of 3 times each throughout the season, which brings a total number of matches played to 27 (provided you don’t make the end of season playoffs). The top six placed teams in the league progress to the finals (meaning you have a 3 in 5 chance of continuing on in the competition), with the overall winner being crowned after a grand final match. At the beginning of the game, the finals format works as thus;
The top two teams play each other over two legs (major semi final), with the winner progressing straight to the final. The teams 3 through 6 play each other (minor semi final) in a traditional bracket (3vs.6, 4vs.5, W vs. W) with the eventual victor earning the right to face the loser of the major semi final. These two teams (Loser Major vs. Winner Minor) play each other for the right to play in the grand final which is played to crown the overall winner.
From the 2012-2013 season and afterwards, the playoff system changes. The two team that came 1st and 2nd through the regular season have a bye, while 3rd and 6th place playoff, with the winner of that playing the team that came 1st, and 4th and 5th playoff, with the winner of that playing the team that came 2nd. The winners of these matches then playoff to get into the final.
The grand final winning team earns a place in the Asian Champions League the following season, as well as the team that finished the regular season in 1st place. If this happens to be the same team, then the runner up in the grand final takes the second qualification spot. Wellington Phoenix are exempt from qualification to the Asian Champions League, as New Zealand does not play under the Asian Confederation. 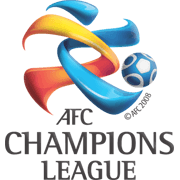 Squad/ Player Eligibility rules
The A League has a squad limit of 23 players, whose contracts have to fit under a salary cap of just under $2.5 million per season. Of those 23 players, at least 3 have to be under the age of 21, there can be one marquee player (whose contract is mostly exempt from the salary cap), the marquee contract can be given to one foreign, and one non-foreign player each season, as well as three players under the age of 23 (Junior Marquee). On match day, each team can name a total of 4 substitutes on the bench, of which one must be a goalkeeper, and three can be used. 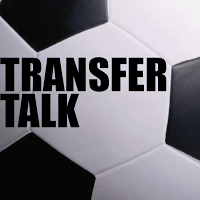 with the salary cap being enforced, and the leagues low reputation, the transfer markets is mainly used to bring in marquee players, who are often Australian international players, who had been playing elsewhere. Clubs are encouraged to develop their own talents, and are not allowed to make offers for players at other clubs in the A League. There are two transfer windows, with the off season transfer window taking place in the time between May 1st and the end of October. The mid season transfer window stretches from mid- January to mid- February.

So there it is, a guide to one of the most even and competitive leagues in Football Manager. I hope this guide has encourage you to manage in this great league, and also helped you along the way if you are managing in the league. Keep for eyes peeled for the final two league guides in the series.

Discussion: A Guide to the A-League