The Major League Soccer is a daunting task for many when it comes to playing there on football manager, but once you get your head around all the different sub rules and regulations, as well as the transfer situation, it is a very fun and rewarding league to play in. While it is often easy to build a strong team for the domestic league, the NACL is a very tricky task to conquer due the strength and high number of Mexican sides dominating the competition year in year out. The purpose of this guide, and the other guides in this series, are to introduce people to league that are generally set aside in playing terms, due to the just being too complicated and annoying to play in. Hopefully they entice people to take on the challenge of managing in these leagues. With that said let’s get started.

Competition Structure
The nineteen teams take part in the MLS are split geographically into two conferences; Eastern and Western. The aim of this split is to provide more geographically pleasing and friendlier travelling schedules. Each team plays 34 matches in a season with an unbalanced schedule, meaning that you don’t play every other team home and away. Teams play every other team in their conference both home and away, meaning that, and playing each of the teams in the other conference at least once. The other fixtures are unbalanced.
The top three teams in each conference automatically qualify for the MLS Cup semi finals, while the teams in fourth and fifth place in each conference play off for the “wildcard” spot for their conference. The higher seed (4th place) hosts a one off fixture for the right to play off for the MLS Cup. Once all four teams from each conference have been determined, a higher seed verse lower seed format is adopted (1 verse 4/5 and 2 verse 3). These matches occur over two legs with the higher of the two seeds (1 and 20) getting to play the second match at home. The winners of these matches then play off over two legs to determine who is crowned as the champion of the conference, with the two conference champions going head to head in the MLS Cup Final. This match is hosted by the team with the higher regular season points total rather than a pre-determined venue. The two MLS Cup finalists qualify for the North American Champions League, along with the winner of the MLS Supporters Shield and the winner of the US Open Cup. If one of these teams fills more than one of these positions, one qualification spot is given to the nest placed team in the MLS standings. 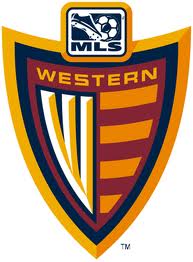 Squad and Player eligibility rules
Each team in the MLS is allowed to register a squad with a maximum size of 30, but within this number there are many intricacies. First is that each squad can only have a maximum of 20 ‘Senior Roster Players’ (for contract types see descriptions after eligibility rules). Furthermore, a team can have no more than 8 international players. If you fulfil both of these to the maximum, you will have used 28 of your 30 available roster spots. A maximum of six of the 30 roster slots may be filled up by players on development contracts, with the squad requiring a total of four goalkeepers, three of which must be on senior contracts. Each team is allowed to register a total of three designated players, whose wage is only part paid under the salary cap which is set to a total of 2.8 million us dollars (about 53,660 Us dollars a week), the salary cap however may fluctuate throughout the duration of a save.

Contract Types and Descriptions
Senior Roster Player- A Player on the run-of-the-mill contract,
Development- A younger player that counts towards the salary cap
Generation Adidas- A younger player who does not count towards the salary that is home grown and is sourced from an area local to the team. May skip college and be fast-tracked to the MLS
Designated Player- A generally high profile player who is largely exempt from the salary cap. Count for up to a maximum of $350,000 a season out of the salary cap, with the rest being subsidised by the club
International- A player that does not have Domestic US status (that is, American citizenship of Canadian citizenship in the case of the three Canadian clubs).

The Transfer Market
Trading- Trading is like a part-exchange deal in another league, for example Team A wants to sign Brek Shea from Team B, and are willing to offer a draft pick and Darlington Ngabe, Team B has to agree to the terms for the trade to go through. If Team B agrees, Team A receives Brek Shea and Team B receives a draft pick and Darlington Ngabe. In the trade process it is possible to offer the following;
Allocation funds (like transfer funds)
Players
International spots (roster positions for players on international contracts), and
Draft picks
Superdraft- where teams pick up their regens, the Superdraft is for players aged 18-22. Before the draft there is a draft combine where four teams play off so managers and scouts can have a look at the players in the draft. Pick order come in the reverse of the league positions of the previous season (i.e. last get first pick and so on). It is possible to pick up other teams draft picks through trades.
Supplementary Draft- A good way to add depth to your squad, but generally nothing else. Players included are players that have been waived (released) by their clubs.
Re-entry Draft- Used as an internal way to move around free agents. You will generally get nothing out of this.

So there it is a guide to the MLS. Hopefully it explained all you need to know about the MLS and enticed you to play this great league on Football Manager. Keep watching for the other three leagues.

Discussion: A Guide to the MLS