Search
FM Scout is the only community you can talk Football Manager in real time. Here are 10 reasons to join!
Home › Articles › Advice › Team Guides ↓
Man Utd are arguably one of the biggest teams in the world, but over past seasons they have certainly not been playing like that. After the retirement of Sir Alex Ferguson the club have struggled, 7th place under David Moyes and then improving last season with Louis van Gaal where they snuck into 4th.

The 15/16 season as United on Football Manager 2016 should be one where you can push for the league title and have deep runs in every cup involved in. They have a talented squad and you should be able to aim for big things in the future.

The club has default expectations that you must win the Premier League.

That is the maximum that the budget can be stretched to without selling people.
When you have the lowest expectations set, the budget is £60 million. 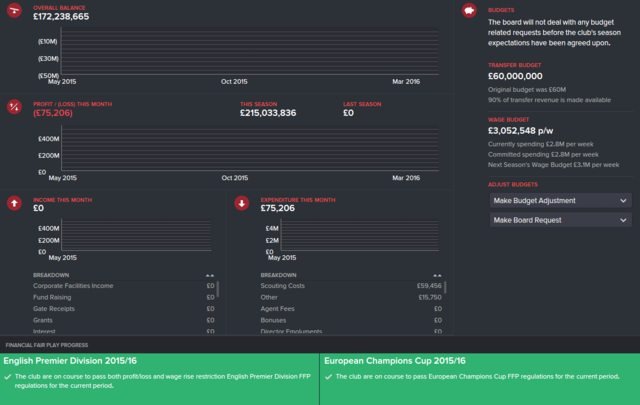 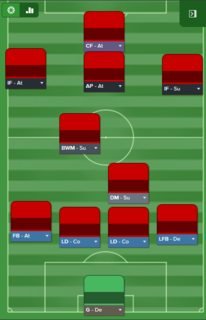 
This strange looking formation was one that I tested out at against smaller teams at home and it eventually turned into my best formation against any team and is what I used in the Champions League Final. Set to counter this formation allowed my team (carried by Schneiderlin in the DM role) to quickly burst through on attacks and hit the teams when they aren't ready. 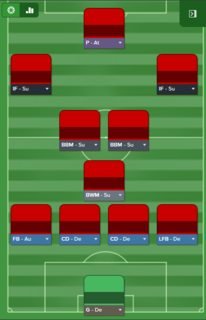 
The second and final formation is a pretty standard one for football manager but I wanted to try something different. As you can probably see the two midfielders are both BBM which I thought would not work, but the results were incredible. Playing Bastian and Carrick/Bazoer/Herrera gave me lots of action on both ends of the park


Goalkeeper
Man Utd's best work in the transfer window was retaining David De Gea on a new contract, so you will be blessed to have the Spaniard in goal for a long period of time. Selling him is not recommended as there are not many better. You also have Sergio Romero and Victor Valdes as very talented backups who can be called upon in the premier league. If you are looking for a home-grown player you don't have to worry about calling on Sam Johnstone who is very strong as well.

Left Back
Luke Shaw is up there with the highest potential players in the game and he is only going to get better with more playtime. His only downside is that I have found him to be a bit injury prone so you will have to be careful when his condition is low that it might turn serious. Again you have very strong backups in Daley Blind and Marcos Rojo with the likes of Ashley Young and Matteo Darmian able to provide support if needed.

Centre Backs
Before last season many were expecting United to sign either Sergio Ramos or Matts Hummels, but now people have seen the ability that Chris (Mike) Smalling posses and there aren't many better right now. Personally I played Daley Blind next to him as a BPD but I would suggest going with Phil Jones if your tactic is more basic. Marcos Rojo is also a starting option but is frequently injured. You can also call on Paddy McNair to help out in games as well.

Right Back
Previous to the transfer window this was by far United's weakest position after the sale of Rafael but the signing of Matteo Darmian was a master stroke from Van Gaal and he is a terrific player in Football Manager. However the depth is still not great on this side with Antonio Valencia the next best and that is never really trustworthy.

Defensive Mid
A position where United are blessed with World Class quality and depth, FM has Michael Carrick listed as the strongest defensive midfielder, but you can't look past the quality of new signing Morgan Schniderlin. You can also strongly rely on Bastian Scweinsteiger and Daley Blind to play there as well. If worse comes to worse Paddy McNair, Phil Jones and Marouane Fellaini can fill the part.

Centre Mid
Another United position that is full of strength. I would suggest finding a way to fit in Ander Herrera, as I believe he is one of the most underrated players in all of Football Manager. He can start alongside Bastian or Morgan depending on the formation that you choose to play. This position also allows you to make use of or Marouane Fellaini, Andreas Pereiera (not reccomended) and Nick Powell.

Left Attacking Midfield
Memphis Depay, that is all I have to say for this position. I have not played a save on FM15 or 16 that Memphis has not developed to be one of the greatest in the game, he is a total talent and should be played as often as humanly possible. You are also blessed with Ashley Young who seems to be the best crosser of the ball on the game. When Adnan Januzaj comes back you will also be able to make the most of his potential. If needed, Anthony Martial and Juan Mata can play here as well.

Centre Attacking Midfield
A position that United have not really been utilizing in real life, instead playing the talent of Juan Mata on the right hand side. Mata is one of the best players at the start of the game and he is best utilized while you still have his full talent. Ander Herrera is a strong backup but an interesting option that can make or break a game would be to give Wayne Rooney a run in the position and see what he can do sitting a bit deeper. In this position I also received helpful contributions from Andreas Pereira and Jesse Lingard.

Right Attacking Midfield
This is United's weakest position on the field depending on what formation you play. If you are playing a 4231 then you will most likely have Mata in the middle, restricting you to Ashley Young or Antonio Valencia, which unfortunately these days aren't players you can rely on week in week out. This is why you will definitely need to strengthen this over the window with either a star or a talent.

Striker
Wayne Rooney. Currently struggling in the premier league under Louis van Gaal and at the age of 29 he is not going to get much better. Exactly why you need to make the most of him for the 2-3 seasons that you will have his rich talent for. You could also try and get some cash for Rooney and start Anthony Martial, the wonder kid who has captured the world's heart with his impressive performances in the premier league and finds himself as one of Football Manager's highest potential players. James Wilson is another kid who has been getting some exposure for United however he has just gone on loan to Brighton in real life he won't be available in some transfer updates.

Defensive Cover
The United defence is certainly a lot stronger now then it has been in past seasons, but that doesn't mean that one injury won't hurt your chances of progression. I would suggest bringing in someone like Kenny Tete or Riedewald to help give some added depth and youth talent.

Midfield Youth Depth
I felt that my best signing when I did my United save was bringing in Richedly Bazoer to add some more strength to the midfield. More players like him will not hurt either.

AMR
Currently the weakest position for United that needs an immediate boost. Personally I brought in Kevin Volland from Hoffenheim, but I regret not making the signing of Jack Grealish from Aston Villa to keep the squad more homegrown. 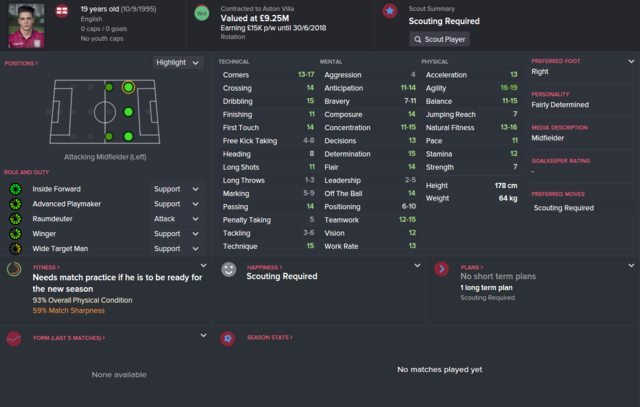 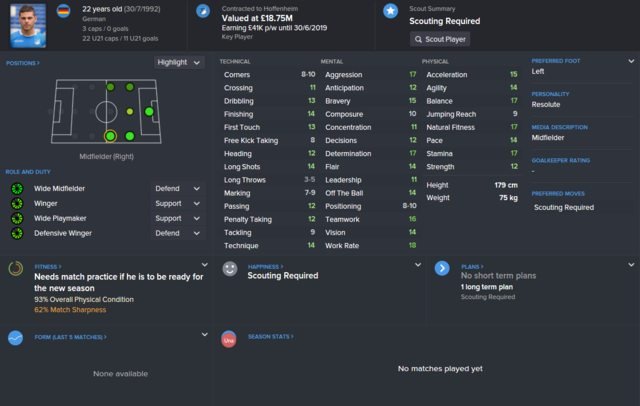 Winning with Man Utd is not the hardest of challenges on Football Manager, however it is still not easy. You will need to find the right combination of depth and talent to play together making for an enjoyable experience that will bring results in the end.