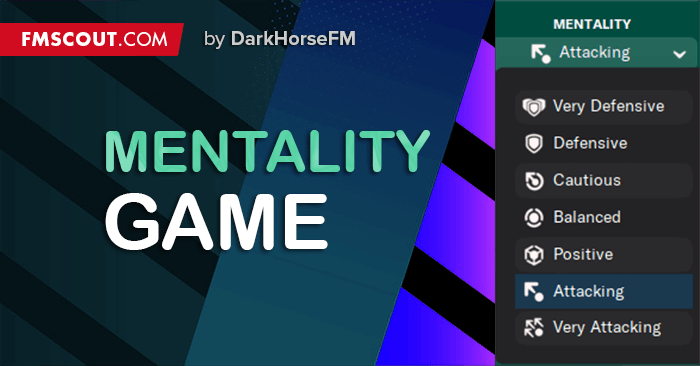 In Football Manager 2022, I learned that it is possible to be an underdog in a league and play successfully using a positive and attacking mentality in the game.

This is because the defensive and very defensive mentality may stop you from conceding goals but it wouldn’t help you score too many. And if you want to not get caught in a relegation dogfight, you will need to score goals.

Hello, I’m DarkHorseFM, and today we’ll discuss mentalities in FM22 and how a shocking revelation in team mentality helped my Sunderland AFC team stay afloat in the SkyBet Championship after promotion from SkyBet League One.

So, at the start of the Championship, the board already asked that we use a defensive and counter-attacking tactic to help beat the drop. And following my ‘Black Cats Revival’ save that I occasionally stream on twitch, this club vision is one I was skeptical to follow but did anyway.

I started the season with the tactic that got me promoted, an attacking 4-1-1-3-1 system. And after the first narrow win of the season on matchday 1. It went downhill from there.

Too many draws and defeats. We created loads of chances because of the attacking mentality but struggled to score goals. And, we conceded goals easily because we were exposed at the back. 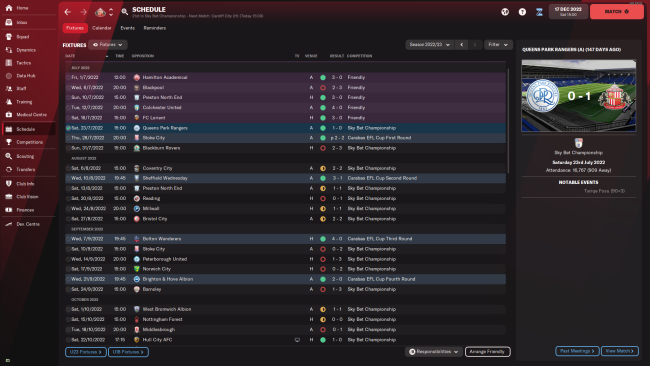 What does this have to do with the mentality? Here’s what I learned.

My team was already used to playing on the front foot. Even though we were leaky in defence, changing to a more defensive setup instantly would be catastrophic.

I did the catastrophic thing and used a defensive mentality for a big game against West Brom. We lost 1-0. Big improvement, right? Nope, I still wasn’t happy with the result. 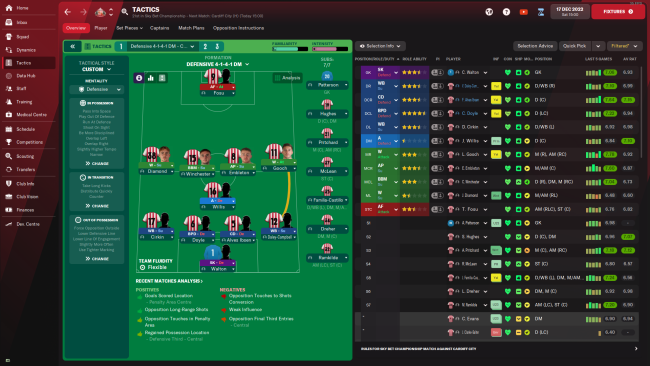 A Defensive mentality is suitable for a side that is expected to lose a game or be unnecessarily overpowered by the opposition (my Sunderland Team).

In the West Brom game, we didn’t create too many chances because we were busy defending.

The breakaway opportunities we had got snuffed out by the Albion defence. My players were not good enough or fast enough to hit them on the break. We lost 1-0 but we were sitting ducks.

This proved true against Norwich where we shipped in more goals as opposed to just one. It became frustrating. I no longer wanted to just sit there and defend while losing, it was better we lost while creating chances and hoping to score. 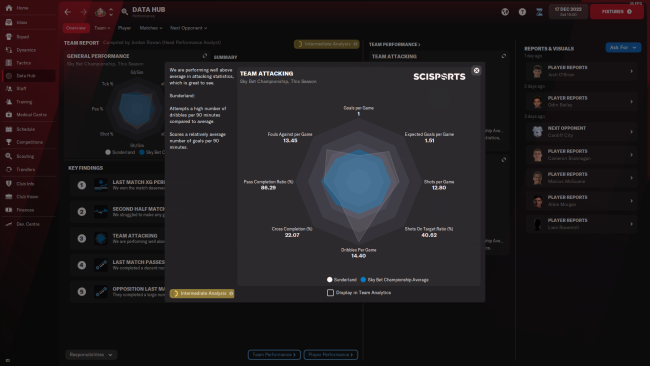 I had two options. Train my players to get used to the defensive system or find a balance between attacking and defending using an attacking mentality.

I switched to attacking mentality (a mentality my team is used to), and we beat Swansea 4-0 using a classic 4-4-2.

In this setup, I paired my slow striker with a faster winger as a front two and played wingers and central midfielders in their familiar roles. I kept my wingbacks on automatic duty, to allow them to transition easily and used a sweeper-keeper on defend duty.

I noticed we shipped in too many goals from through balls so defending narrowly was key. Using a high defensive line was a big sacrifice, one that paid off as Swansea didn’t score. They had chances to score though. So maybe in the future, we’ll re-address the backline. 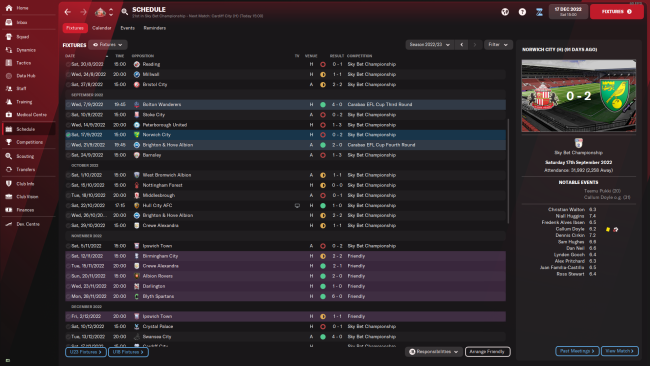 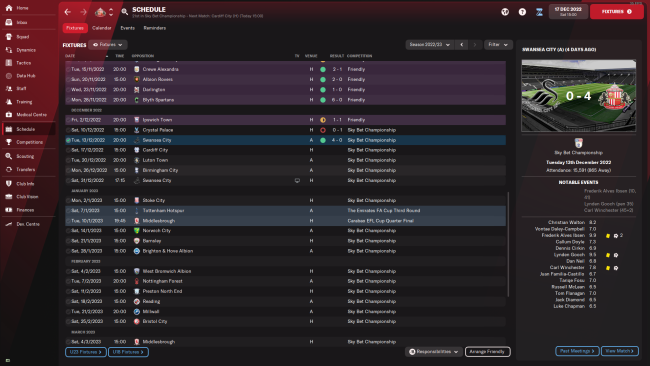 What I also learned about mentality in FM22 is; you can train your players to get used to it. You also need the right players to play a certain way.

For my Black Cats, we couldn’t play on the counter-attack because we did not have players to get the ball up the field in time. So, playing in the opposition half helped us play better.

It is also possible to get your team used to the wrong mentality. To change that you need to use more tactical training and match preparation training. When choosing a training schedule, find what your team needs.

In our case, we struggled to score so attacking training and chance conversion helped us improve.

Finally, you can’t go wrong with a balanced mentality. This got us through some sketchy situation where the other team wasn’t doing so well but we struggled to play them also. It’s a good mentality for observing the match and seeing what needs changing.