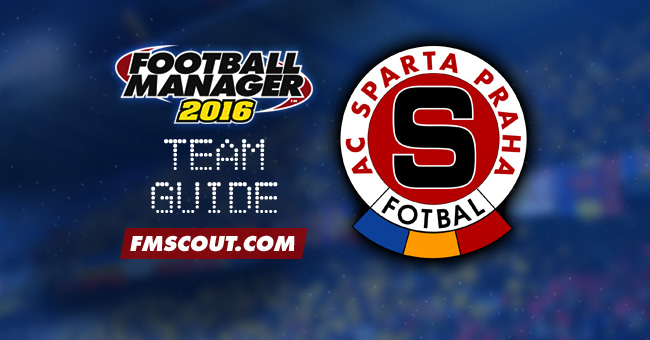 AC Sparta Praha has been the most outstanding and, on the playing field, the most successful club in Czech football. There have been many successes in both domestic and international competitions throughout its more than 120-year history.

Shortly after World War I, a team was put together that triggered off the famous period of the twenties and thirties referred to as "Iron Sparta". A football league in Czechoslovakia was established in the mid-twenties and the club collected title after title. To this day the fans still recall the names of the players of that period with admiration: Peyer, Hojer, Perner, Káďa, Kolenatý, Červený. A few years later, some no less famous names appeared, such as Hochman, Burgr, Hajný, Šíma, Silný, Čtyřoký, Košťálek and in particular Oldřich Nejedlý, the top scorer at the 1934 World Cup. Shortly before this most famous era kicked off, Vlasta Burian, the man who later became the king of Czech comedians, played in goal for the club.

The milestones of the first golden period of the club's history are two Central European Cup titles, which in the twenties and the thirties enjoyed the same recognition as that of today's Champions League. Sparta's three titles are definitely important milestones in the cup's history. After two triumphs in 1927 and 1935, the third came in 1964, at a time when the cup's importance was gradually falling in the light of other European cups.

In the recent history of the Czech Republic, Sparta has clearly been dominant in the domestic league and has regularly represented Czech football in UEFA competitions (Champions League, UEFA Cup and Europa League), where it has also recorded many successes. In the 2013/2014 season Sparta won the 36th title of the Czech Champions. 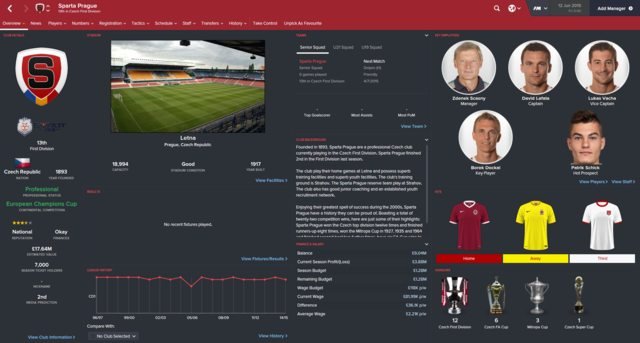 If you start a new save with Sparta you will play for the richest club in Czech. You will have more than 9M overall balance and 1.3M transfer budget. The wage budget is nearly 120K per week.

The club will play in Champions League qualification in the first season so if you progress to the Group Stage there will be a major financial boost. 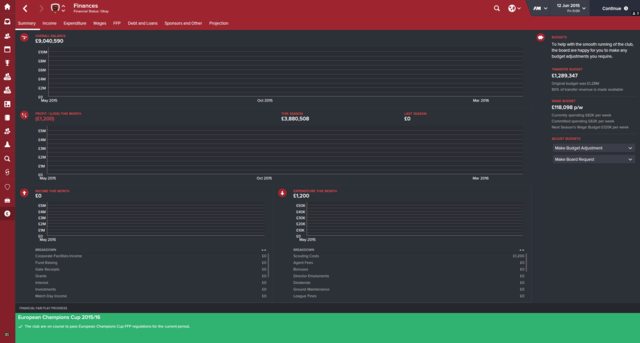 Media predict that Sparta will finish the first season as 2nd in the league behind Viktoria Plzeň. 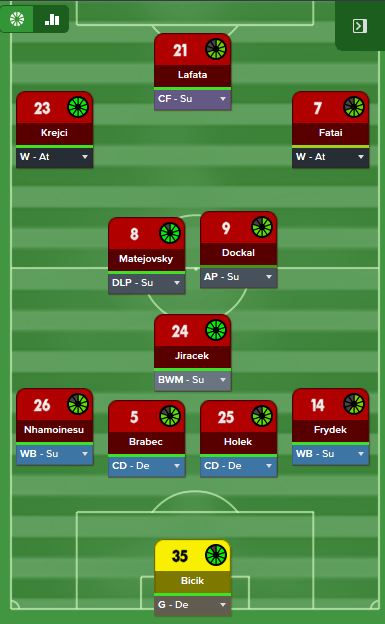 
Goalkeeper:
The number one is David Bičík. He is an experienced player (34 years old). He is very good at one on ones and he is able to throw the ball from the penalty area across the half of the pitch. He has also good reflexes.

Wing Back – Left:
The first choice should be Costa Nhamoinesu, 29 years old defender from Zimbabwe could play also as a central defender which is his main position in real life for the 2015/2016 season with Sparta. He is very strong and fast but he occasionally makes an unnecessary mistake. There is an issue with Costa’s contract in default database where is set that he wants to leave the club after the first season and he is not willing to renew contract.

Central Defenders:
You have Jakub Brabec and Mario Holek. Brabec is a former Czech Under-21 captain and he is a very promising player who can score goals in set piece situations. Mario Holek is a former defensive midfielder and average central defender. He lacks aggressiveness and strength.

Wing Back – Right:
The biggest weakness of the squad after the departure of starlet Pavel Kadeřábek to Hoffenheim in summer 2015. You could use Markus Steinhöfer, but he is not good enough. The best choice is Martin Frýdek, but he is originally best used as a left back or left winger and he can also play as central midfielder. The other choice is Lukáš Mareček who is a natural central midfielder but he can play there as well.

Ball Winning Midfielder:
Petr Jiráček is the best player for this position at the start of the game because Lukáš Vácha is injured for 6 to 7 months. Jiráček is former Wolfsburg and HSV player and he is strong in tackling, marking and he is a great team player with his fantastic work rate.

Deep Lying Playmaker:
Marek Matějovský. The first player who comes to mind. His decisions and composure is by far the best in the league. He is able to find teammates in the best scoring positions.

Advanced Playmaker:
One of the vice captains of the team is Bořek Dočkal and he is also one of the key members of the Czech national team. He is a very effective player who can score many goals and can also make many assists. He could be the most important player for you.

Wingers:
Ladislav Krejčí on the left side and Kehinde Fatai on the right side. Fatai is a natural striker but he is very good as a winger or inside forward as well. He is fast and he could score many goals. Krejčí is a great dribbler and he is the most valued player of the team at 3.1M.

Complete Forward:
This is the place for club's captain David Lafata. He scored the most goals in the history of the Czech first division. He can score from every position of the penalty area using his head or both his feet. He also works very hard for the team. 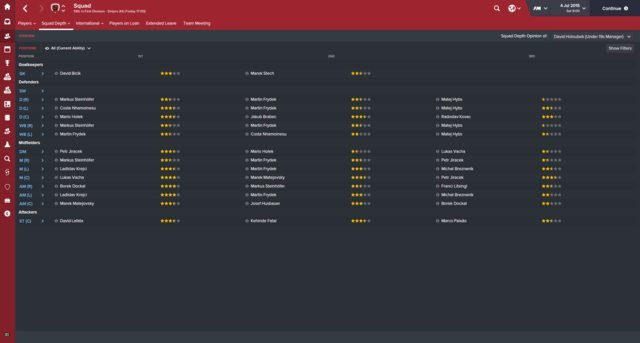 The biggest weakness is your Right Back position, because you have to use a player who is a natural midfielder instead. The only natural Right Back in the team, Markus Steinhöfer, is not good enough.

The team would also need a stronger Central Defender as first option and a Left Winger as a backup of Ladislav Krejčí. You could sign CB Ondřej Mazuch on a free, but you'll have to wait up to 5 months until he recovers from injury.

AC Sparta Prague is the most successful club in the Czech football history and there is big assumption you will be the dominant club in domestic competitions. The big challenge is to progress to the Champions League Group Stage where Sparta failed to qualify for over the last 10 years.