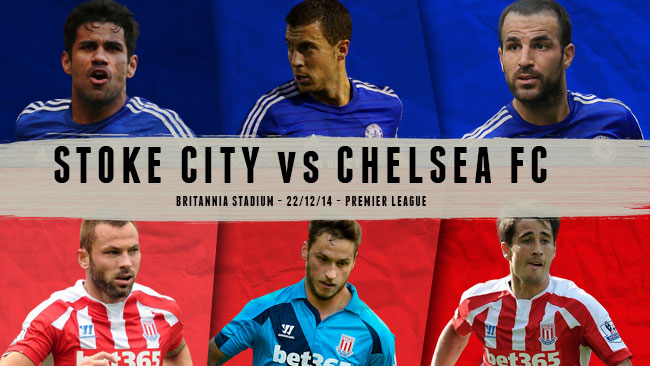 Can table toppers Chelsea do it on a wet, windy night in Stoke? Well on Monday night, we will find out.

Take yourself back – lunchtime on Saturday. Manchester City, Chelsea’s nearest title rival, beat lowly Crystal Palace 3-0 at the Etihad, bringing them level on points with the Blues at the top of the table, and the only thing preventing them from not being top is two goals. This would be a worrying sight for most Chelsea fans, as back in October, the side from West London was nine points clear, and looking down on Southampton, who were surprisingly in second place, and now, just before Christmas, the gap has gone, and Man City look dangerous.

So to restore a gap between the Blues from Manchester and the Blues from London, Mourinho’s men need to get a result against a tough opposition – Stoke City. Now, by the name, you think ‘oh, it’s Stoke, they will win easily. However, you are probably utterly wrong. Manchester City was defeated at their stomping ground by Stoke, and the Potters have also got good results against Chelsea’s rivals Tottenham and Arsenal. This shows that they know how to beat the big boys and certainly will give Chelsea a game.

However, Chelsea really need a result, as Manchester City winning has piled on the pressure, and considering their current from, anything but a positive result would be a huge disappointment for the club and its fans, as well as an opportunity missed. Stoke will feel like, even though Chelsea are rampant at the moment, they can get a result, and will take inspiration from teams that have managed to get a good result against Chelsea away from home, shaping up for an intriguing game for both sets of fans, and the neutral who may want to watch a game. 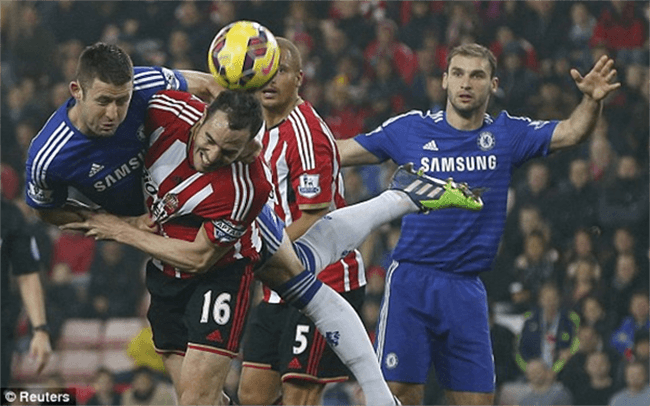 On the 29th of November, Chelsea travelled to Tyneside to play Sunderland in the tea-time kick off. Most, if not all, expected Chelsea to get the win, having not lost all season, and most expected it not to be Sunderland who got stopped them. However, it happened – Sunderland once again enjoyed a glorious result against Chelsea – following on from the win at Stamford Bridge that ended Chelsea title hopes for that season.

Stoke, in my opinion, have a very similar playing style and squad to Sunderland, so it wouldn’t surprise me if Mark Hughes uses the same tactical set up as Sunderland to try and stop Chelsea from getting the result.

Against Chelsea, Gus Poyet fielded a team that was defensively strong to counter Chelsea abundance of attacking talent, and pace on the wings, in the form of Connor Wickham and Adam Johnson to launch counter attacks onto the Blues’ defence, and Lee Cattermole was given the role of screening the defence.

Stoke have a very similar group of players with the same strengths as Sunderland. For example, they have Charlie Adam who could sit and protect, while providing the creative outlet when needed. Adam also has the competitive streak like Cattermole, and is not afraid to throw himself into a tackle to protect his team. Frenchman Steven N’Zonzi also could do this role well for Stoke, but won’t offer a creative, quick outlet for the Potters, which is needed when trying to play on the counter attack. On the wings, Sunderland have Austrian stalwart Marko Arnautović, who is similar to Adam Johnson – full of trickery and pace to trouble either Ivanovic, Felipe Luis or Azpilicueta. Yes, after not making much of an impact in the first games of the season, and subsequently losing his place in the side, I would play him for this game, as he offers something that Stoke do not have, due to Victor Moses, who has impressed the Potters fans, is injured and ineligible to play against his parent club. On the other wing, I would expect former Barcelona player Bojan to play. He also offers pace and trickery, and would probably cut inside due to him naturally being a forward, like Wickham. This would drag the defender infield, creating space for an onrushing full back to whip in a cross towards Peter Crouch. Crouch is a player, now days that you don’t see. Forwards are more about pace, trickery and playing on the shoulder of the defender, looking to run in behind. However, Crouch is the opposite. He is a target man, someone with height and power to trouble centre backs. Chelsea are very compact and solid through the middle, so pace and trickery, unless you are Papiss Cissé, wouldn’t be effective.

When I have watched Chelsea this season, we always look more vulnerable when the ball is crossed in from wide positions, like we don’t quite know how to deal with them. This is the area that I feel Stoke can exploit, and with Peter Crouch’s added height, it creates an extra problem for Terry and co to deal with.

CHELSEA - DO OR DIE 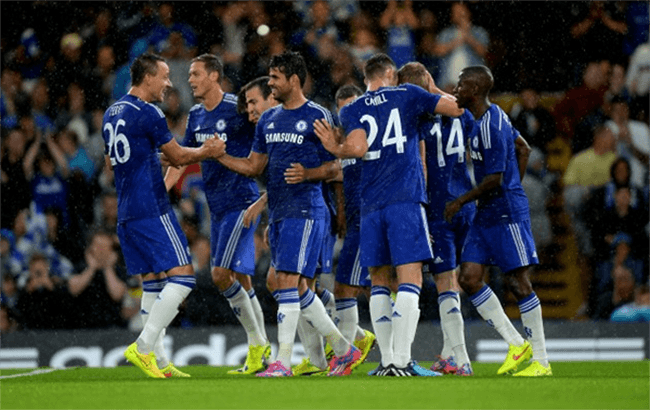 For the Blues, this is quite possibly the most important game of the season so far. Get a win, they go three points clear. Lose, and the possibility of Manchester City taking over top spot becomes a reality. Therefore it is a do or die situation for Jose Mourinho and his team. I expect Chelsea to play the strongest side they have – because they know they need the result. The Belgium magician, which goes by the name of Eden Hazard, will have to bring out his best tricks tonight, as it will be tough to break down a well regimented and organised Stoke defence. He needs to stay wide and collect the ball from Fabregas and Matic, and run with it to the by-line dragging the fullback behind his centre backs. He then needs to utilize his burst of pace to get past him, and play a good ball to Diego Costa, who you can guarantee to be in a good position, and not play it back to Fabregas, Matic or Oscar, a pattern that is too regularly used and doesn’t work as usually the tempo is slow and the defence is well organised and deals with it. This happened to much against Sunderland and Newcastle, which is when we played the worst we had all season, and we need the urgency that we had at the start of the season back to really trouble Stoke.

WHAT WILL IT MEAN FOR THE TITLE RACE AND STOKE? 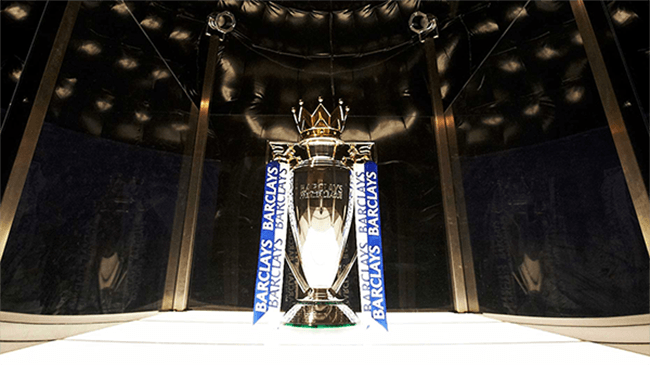 If Chelsea were to win, it will still leave them in the driving seat, and leave Man City chasing. For Stoke, it would not be a huge problem, as Chelsea are a level above the Potters, but it will allow Sunderland to overtake them in the future, and may drag them into a relegation battle. For the Potters, a win would take them above Aston Villa and Everton, and level on points with Liverpool, safely securing a mid-table place for Christmas, an achievement Mark Hughes can be happy with. However, a win for stoke would be disastrous for Chelsea. It will allow an opportunity for Man City to catch up, and they have the easier Christmas fixture list, facing sides such as West Brom, Burnley and Sunderland. They will likely get nine out of nine points from these fixtures, despite not having the services of Aguero, Kompany and Dzeko for some of these games. Chelsea, on the other hand play West Ham, who are flying high at the moment, Southampton and Tottenham. They will still get a fair amount of points from these games, but they will be draining and require Chelsea to play on full throttle. This could give City the advantage, as they will be less tired when it counts later on in the season.

I expect Chelsea to get the win, but it won’t be easy by all means. Stoke will give as a game, trouble us, and may even beat Thibaut Courtois, but we need to make sure we play with urgency, pace and power – and not invite Stoke on to us and give them confidence. Would not be surprised to see Stoke score, but I think Chelsea will be too much.

Chelsea is in my heart. My blood is blue. FM is my brain. I also happen to make graphics for your stories.

Discussion: Can table toppers Chelsea do it on a wet, windy night in Stoke?