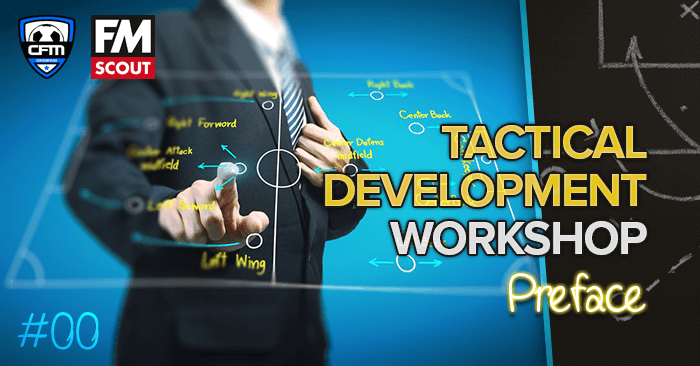 This series of articles is translated from Polish. It is the fourth edition of a greatly acclaimed Football Manager career series conducted by one of the best Polish FM players, Piotr Trysła (aka Piotr Sebastian, Sebastian Petroff). Each career was carried out on the winter patch of the up-to-date Football Manager edition. This year’s story was decided to be somehow different – and that is the main reason we thought about translating it to English.
The Polish edition of the Tactical Development Workshop is interactive. We will try to bring you as much of this interactivity as possible, but please forgive us the lack of forum discussion and true student-teacher relation. This – mainly for the lack of time – is limited to the Polish version only.

Hopefully this will contribute to the whole FM community.
Hope You will enjoy it.


There are many freaks of tactical issues among Football Manager players. However, this fact and the belief that tactic still plays a key role in this game are not sufficient reasons to open the gates of tactical hell. Hell in the literal sense, because Tactical Development Workshop will be neither the kindergarten nor the instructions, neither the primary school nor the manual. A high school (junior high school? college?) would be a more appropriate comparison, as we will be moving smoothly and reaching deeply, and won’t stop to explain obvious things. If at this point of the text we have already said goodbye to novice players, let me still warn those more advanced. For a proper understanding of the upcoming lessons, I recommend you read the three books that will not only help you organize your knowledge, but also familiarize yourselves with the vocabulary and the philosophy that inspired the designers of the game (or should we say Maykers, the misspelling intended).

Many of you have surely read the guide by Richard Claydon and Gareth Millward entitled "Tactical Theorems and Frameworks". If not, it's high time you did, or at least refreshed your knowledge. Aside from its slight obsolescence it still offers essential content for understanding the basics of tactical craft.

The second prescribed reading of Yours should be "Pairs and Combination" by Llama3. This piece of work is available here: Pairs and Combinations. This guide has aged the least, and - in this case - is a complete set of tools, that every self-respecting player should have in his arsenal.

I appreciate and respect both these titles not only for their comprehensive character and the number of their insights, but - above all - for the fact that their authors have managed to ensure co-operation of the Maykers of Football Manager, who, although they did not reveal the key secrets of the game, at least had the opportunity to show a few cards from their deck. There are no court cards, but a couple of 9’s can be found. Both these guides are also valuable, because illustrate well the philosophy, which motivated the people creating and refining this game. Therefore, though only approximately, they reflect the Maykers’ objectives and the area in which the secret of the game engine is hidden.

The third entry is the Encyklopedia Football Managera (available only in Polish); its author Borys Struski has gathered all parameters, attributes, coefficients, features, and relationships available and hidden in the database that affect the gameplay. We're considering to translate that in English in the near future; if we do, you'll find it here on FM Scout.

What? Was there a question? What do we need Tactical Development Workshop for, since we already have those three solid guides in possession? The explanation is fairly simple. Each persistent tactician and patient reader will easily notice three issues that are not tackled in the guides mentioned above:

1. The offered solution does not always work;

3. There are more exceptions in the game than regularities.

Being a tenacious tactician, patient reader, addicted player and stubborn researcher, I have made a resolution some time ago, not to lose my sleep over these issues. Therefore I started a time-consuming and complex statistical analysis of the data available in the game (team and individual statistics), which together with visible and hidden data (attributes, coefficients, reputations, personalities) I dragged through the filter settings. Five analyses were conducted on subsequent game engines (FM07, FM08, FM09, FM12, FM14), accompanied by two that can be, at most, called pilot studies (FM10, FM16). Interestingly, I have received the most important answers already at the first go, but, as it often happens in similar cases, I have begun to find new relationships (and absences thereof). What’s worse, I have started asking myself new questions. This work was endless, I have lost the tenacity, patience and temper, which had thrown me into the world of calculators. Only addiction remains. However, I am amazed to find that the questions that have accompanied me at the beginning of this adventure are still current for many of you:

1. Why doing THE SAME thing time and again doesn't work with equal effectiveness ALL THE TIME?

2. Why does SOMETHING work while SOMETHING ELSE doesn’t?

3. Why are there so many EXCEPTIONS?

In the Tactical Development Workshop we will answer all these questions, but very soon you will find that it is not in THESE responses that the source of GOOD TACTICS is hidden. Therefore we will walk further down this path. 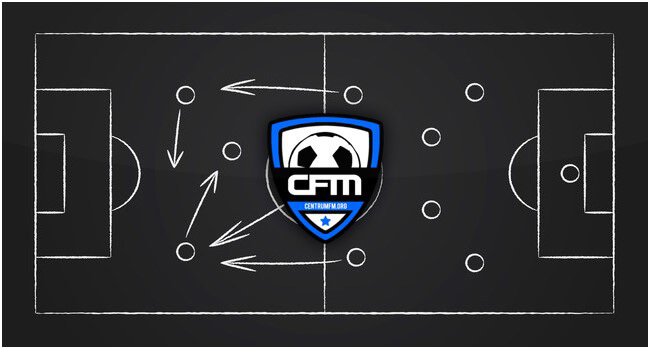 
Since the fourth edition of the JOINT STORY will have the unusual form of a tactical course, huge changes will have to be made. Here they are:

1. Our course will be based on Football Manager Touch 2017, for two reasons: we need to focus all of our attention on tactical issues, while the lack of free time that defeated us at the end of JS3 edition should become a useful lesson for the current edition. So we do not need sophisticated training options or extended coaching staff, and we won’t have time for press conferences and setting up the youth teams. Multithreading is not necessary.

3. We start with the 6 strongest leagues: Spanish, English, German, Italian, Portuguese and French, that is, countries that at the beginning of the game produce 24 participants of the Champions League and the European League group stages with at least 6 league places awarded with a slot in a European competition.

4. Team was chosen (with my approval) by the winner of JOINT STORY 3, i.e., Karol Kluska aka. Kluchman, who, at the same time, will be the First Critic, Main Analyst and The Second in the Tactical Development Workshop Relay, which will be explained further.

Which brings us to a summary of JOINT STORY 3, as there won't be a better time for this.

The winner was KLUCHMAN, who additionally shouldered the responsibility for completing the last season of the competition. In addition to the right of choosing the team which we will start the JS4 with, he will of course receive a copy of the box version of Football Manager 2017.

Congratulations and a huge thank you to all the participants of JS3 for another year of great fun. A full summary of the score follows:

JOINT STORY 4 in its new form will let our career merely accompany the tactical course rather than determine it, so instead of episodes there will be LESSONS, and instead of the usual split into seasons, we will introduce a split on the ISSUES. This time we will not describe the career in detail; instead we'll focus on the settings and nuances of the tactics, while a description of our career will accompany them, illustrating the tactical lessons.

Of course we will manage our team the normal way, fight for trophies, carry out transfers, renew contracts, change employers, but all this will be subordinated to the Tactical Development Workshop — theory before practice. Consequently, each lesson will have three parts:

1. It will start with a detailed discussion of a selected tactical element, using the example of the team we're going to manage as the example (author: Piotr Sebastian),

2. Then it will expand into a series of examples and presentations based on the matches played at that time (author: Sebastian Petroff),

3. Every lesson will be completed with an analysis of certain behaviors, plays, settings, and statistics on the basis of subsequent matches we played (author: Kluchman).

In practice, that means that at the end of the review of a topic I will illustrated the selected tactical aspect while playing a few matches myself and then I'll pass the baton to Kluchman, who will test it by observing its behavior in subsequent games. At the end of the lesson he will present his conclusions, together with pictures and highlights.

And the most important thing - TACTICAL DEVELOPMENT WORKSHOP launches at... 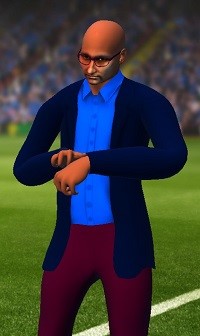 - the announcement of the team we're going to manage

- a justification of the choice


Get the ball moving!