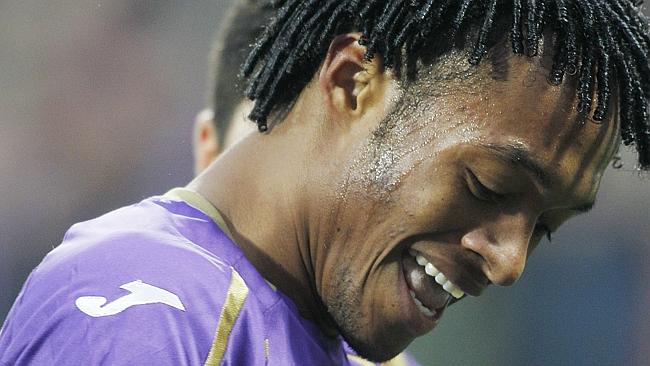 The January 2015 transfer window wasn't as dramatic of fulfilling as many of the recent transfers windows but a few big deals still took place. Arsenal added to their defence, Chelsea were involved in two big deals, Manchester United were clearing out some deadwood, Manchester City made the biggest signing and lots of deals took place in Italy. It certainly increases fans' expectations from their teams and you can expect Chelsea and Arsenal fans in particular in England to be buying more Premier League tickets to go watch their teams in the second half of the season.

5. Gabriel Paulista – Villarreal to Arsenal (£11.2m)
Arsenal managed to sign a defender and a Brazilian one who has yet to play for his country. Don't ask us how he got a work permit but Gabriel Paulista now gives Arsène Wenger some cover at centre-back. During the first half of the season, Calum Chambers was thrown in at the deep end whilst full-backs Mathieu Debuchy and Nacho Monreal both moved into the middle as a result of the Gunners boss not replacing Thomas Vermaelen in the summer. The 24-year old signing from Spain has been a rock during the first half of the season and is a good prospect in the Premier League.

4. André Schürrle – Chelsea to VfL Wolfsburg (£22m)
This looks like a good deal for both clubs. Chelsea got more money than Premier League fans could have imagined for a player who was so frustrating and out-of-form this season. On the other hand, Wolfsburg have money to splash around and have bought back a 2014 World Cup winner whom found it much easier in the Bundesliga in previous spells with Mainz 05 and Bayer 04 Leverkusen. André Schürrle offers pace and a goalscoring threat for Dieter Hecking's side who are challenging for UEFA Champions League football. His sale allowed Chelsea to bring in Juan Cuadrado.

3. Mattia Destro – AS Roma to AC Milan (Loan)
Out-of-favour with Rudi García in Rome, Mattia Destro completed a loan switch to AC Milan after Roma signed Seydou Doumbia from CSKA Moscow. A product of the Internazionale academy, the Italian striker chose to go back to Milan over a move to Arsenal. He's scored goals frequently with Siena and Roma in the past and can be expected to do the same at the San Siro for the second half of the 2014-15 season. Unfortunately for his new side though, it may be too little too late in regards to a Champions League push.

2. Xherdan Shaqiri – Bayern Munich to Internazionale (Loan)
Roberto Mancini is doing a very bad job with the players he has at his disposal. Inter currently sitting in mid-table in Serie A, losing a few games in January despite the loan signings of Lukas Podolski, Xherdan Shaqiri and Marcelo Brozović to add to an already-strong lineup. Xherdan Shaqiri hasn't had too many minutes yet as he builds up his match fitness but certainly has the talent to set the Italian league alight. He's a playmaker with an excellent long range shot who chose the San Siro over Anfield. An exciting player to watch but can frustrate his own fans at times with his decision making and lack of workrate off the ball.

1. Juan Cuadrado – Fiorentina to Chelsea (£23.3m)
Three of Colombia's World Cup squad have ended up in the Premier League this season with Juan Cuadrado following David Ospina to London and Carlos Sánchez joining Aston Villa in the summer.

José Mourinho said he wasn't going to make a big signing in January before going back on his words when the opportunity to sign Fiorentina's 26-year old midfielder. Juan Cuadrado offers Mourinho's side a defensive-minded winger or attacking full-back option for the second half of the season. The Colombian is a bag of energy who can create and score a couple of chances too. Current right winger Willian doesn't get involved in too many goals so perhaps an upgrade from that perspective.