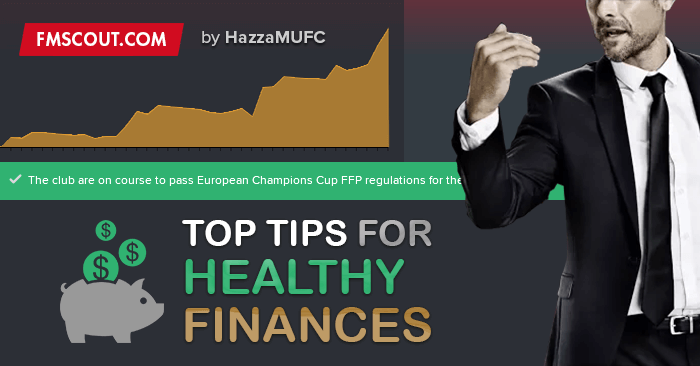 In this article I'll be showing you my ways of managing my finances for clubs that are outside the major European leagues with little to no prize or television money to rely on.

Healthy finances are key to the success of a club, the more turnover your club earns the more you'll be able to invest in youth recruitment, facility & stadium upgrades, purchasing players and so on.

Pretty simple really, your most important players are paid the most and your not so important players (squad players & youngsters) the least. I tend to set a cap of around 100,000 per week but depending on the financial situation I'll increase or decrease the limit accordingly.

Following this structure will limit the players you can sign as well as the contracts you can offer out to current players but in the long run it'll benefit your clubs financial situation massively.

Player wages are one of the biggest expenses for clubs and if you can limit how much you're spending it can only be a positive thing.

Example: (Colour-coded for simplicity sake)
Red = My 3-5 Key players that I find almost irreplaceable.
Yellow = The majority of the squad who are important but not irreplaceable.
Blue = My backup & youth players. 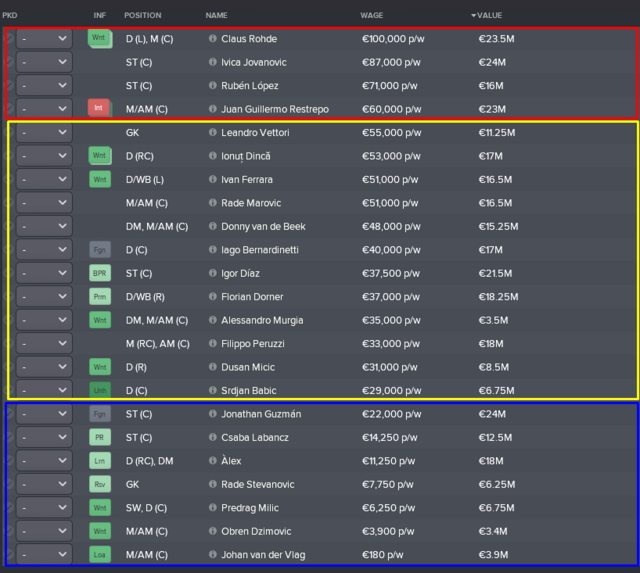 Essentially think of what the likes of Chelsea & Juventus do; stockpile young players and loan them out for a fee in hopes they develop and can either break into their first team or sold at a profit.

You can find these players in many ways.
Personally I do all of these and I can usually find upwards of 10-15 players a season.

I tend to loan players out between the ages of 18-23, and if they're not first team quality by then, I will more than likely offload them because they've more than likely reached their maximum potential by that age and its probably time to cash in.

Over time you will earn millions from these loan fees, as well as a decent transfer fee when they eventually move on. If you're not doing something like this I highly recommend it as it can be a cheap way of producing players for your first team.

Think of it this way, these other clubs are paying you in order to develop your own players, its a win win situation. 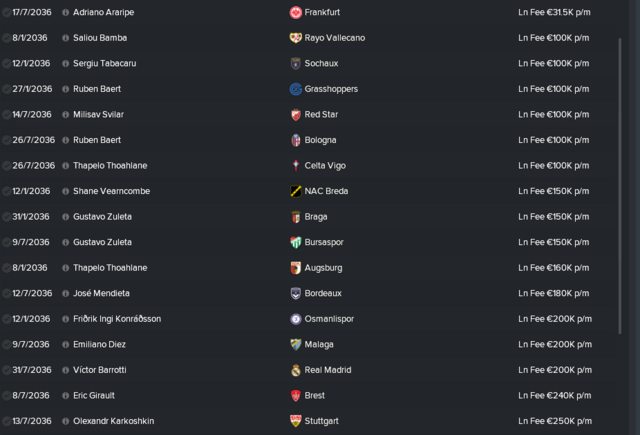 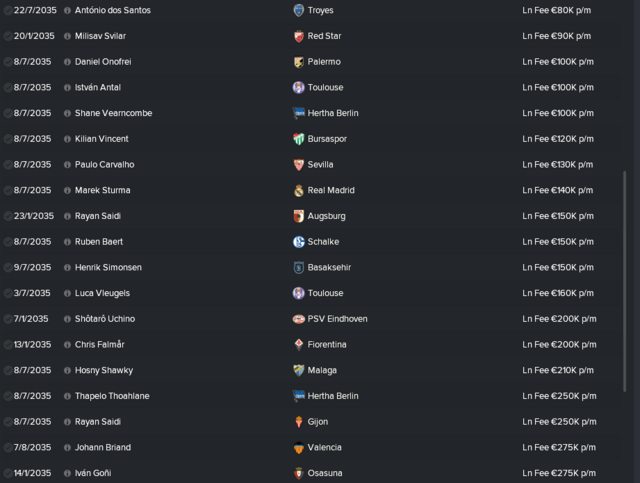 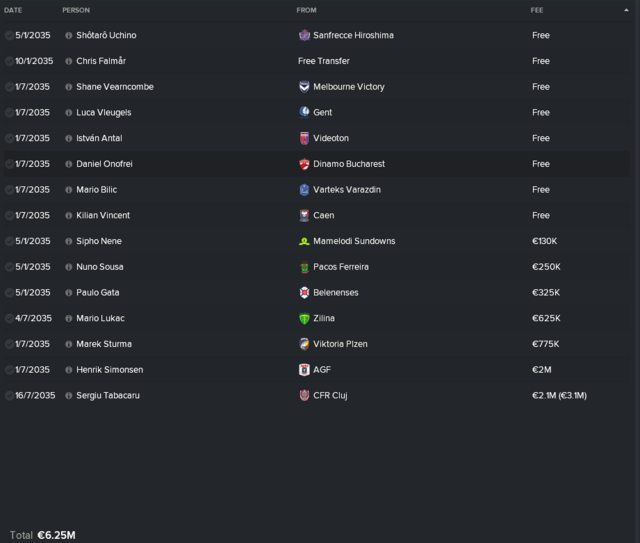 Example: (Players moved on after a few years out on loan)

Selling your best players isn't something we want to do, but unfortunately this is where the majority of your income will come from.

Unless you're one of Europe's elite clubs, you'll more than likely have multiple clubs swarming around your better players most transfer windows and you'll need to make a tough decision.

Do you sell or don't you?

I'm a firm believer in every player has a price and irregardless of how important a player is; if the offer is good enough he's being moved on.

I can't tell you what to sell a certain player for; that's down to your judgement, but try and get the best financial deal possible and if you can. That means try to get either of the sell on clauses available in all of your outgoing players.

As I said above, players wages are one of the biggest expenses for clubs. Not only do you have to factor in wages, but also additional bonuses and clauses such as appearance, clean sheet & goal bonuses. I try keep these to a minimum or get rid of them all together because they can really add up.

25 players earning an appearance fee and you're talking millions and millions in expenses. Now add the goal bonus for your attackers and clean sheet for your defenders and goalkeepers on top. Before you know it you're paying every player millions extra per season.

Another thing to note is the players loyalty fee is paid out over the course of his contract so that's another expense to keep in mind.

Thanks for taking your time to read my article, this is only a few things you can do to better your finances there's plenty of more things to consider, let me know below what other little things you do.