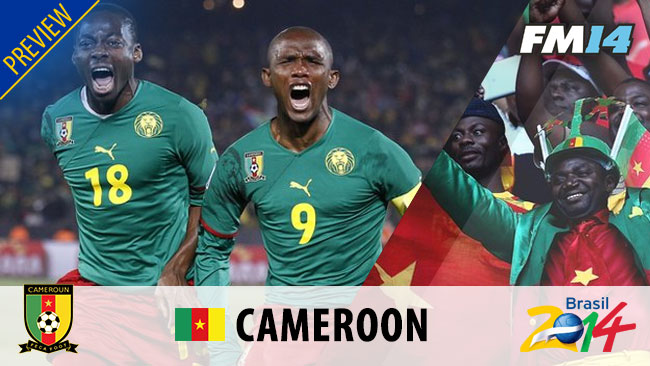 Cameroon have played in seven World Cups to date. With the eighth looking to come at the Brazil 2014 World Cup. The best of the lot is arguably their 1990 World Cup campaign in which they beat defending Champions Argentina and losing to Romania 2-1 and the Soviet Union 4-0. They did qualify becoming the only side to ever top a World Cup finals group with a negative goal difference. They beat Colombia in the Quarter finals after 2 goals from the great, Roger Milla in extra time, but losing out to England in the Quarter Finals after a late goal from Gary Lineker to level the scores before the game was up. Lineker then scored a 105th minute goal to put the African Nation out of the World Cup.

Cameroon this year will be in Group A with Brazil, Croatia and Mexico. Three very hard teams to go up against. Brazil having won 5 World Cups and tipped to win the 6th in their back yard will be the toughest of the bunch and are destined to take apart the Cameroon National Team. Mexico and Croatia also two solid teams when they want to be, so this will not be easy for Cameroon.

Cameroon have never won the World Cup. In fact, they have never done so well. The greatest tournament of the lot is probably the 1990 campaign as described above. Since then, they have failed to reach the knockout stages of the tournament and will be looking to defy the odds this year and end that unwanted run.

Samuel Eto'o will be Cameroon's main threat at the heart of the attack. Even at 34 years of age he still quite pacey and still possesses final touch to an attack. The finish. If the defence can pull together and supply him with some good passes he shouldn't have any trouble in finishing for a goal. He is also the captain for his country.

Alex Song will be another threat for them. He will be one of those midfielders supplying Eto'o and yes, he does posses a good pass! He will be crucial in the defence also, he'll probably be playing in between the two defenders covering for each of them when needed.

Nkoulou will be at the heart of the defence. at just 23 years old he is Cameroon's first choice centre back on the team sheet and no wonder after some really promising performances with Marseille. This kid could be really good this year and you should definitely keep an eye on him!

Matip is also quite a solid defender and is only 21 years old. He plays for Schalke in the Bundesliga and he looks really promising for the future as many of us FM players will know! Don't be surprised to see him and Nkoulou pair up in the starting line up this year. They are solid! 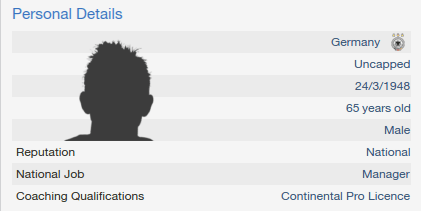 Their manager, Volkar Finke isn't the greatest manager in the World. At 65 years old he has won just two competitions in his managerial history being the German second division twice with Freiburg in 1993 and then once again with the same team 10 years later. He definitely has experience in winning things and also being successful but no where near the scale of the World Cup. He'll need to be at his best to get his side perform this year.

Cameroon in my opinion have quite a talented squad which is a balance between young and older players. The centre of the defence I think is the strongest part of the team with Matip and Nkoulou likely to play there however their wing backs are quite weak with Ndjeng and Bedimo either side so it's not the strongest defence. The attack is possibly the best part of the team with Eto'o and Aboubakar both up top. The midfield is slightly average but it has some players that know their football and can definitely play. If Cameroon can keep solid at the back and supply the strikers well they can make a bid to qualify for the knockouts. However, I am not so sure they have what it takes and I think a last place or third place with Mexico is likely. 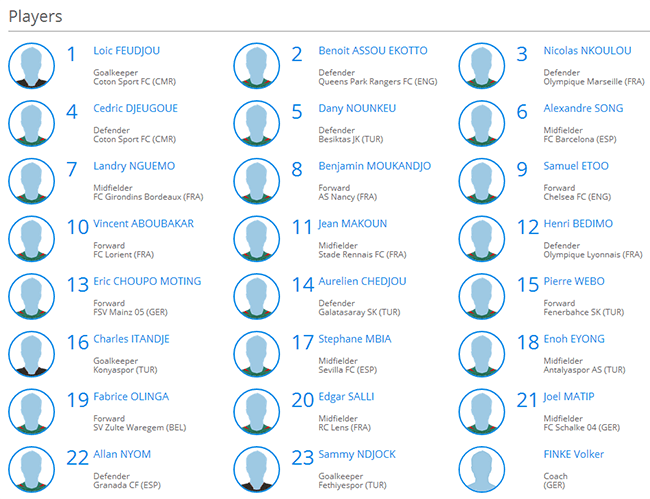