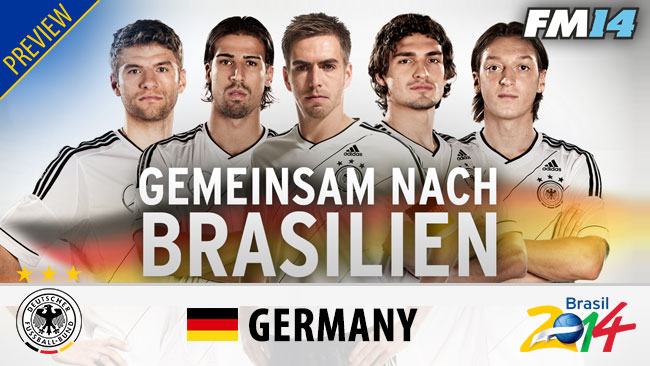 Germany, a nation which has had countless success in the World Cup and this year they want to take the trophy back home, with some of the worlds best players and a manager who knows his way around the business, could this be the year when Germany finally re-take the World Cup Trophy?

Germany are in Group G, and will be facing Cristiano Ronaldo's Portugal, as well as Ghana and The USA, which on paper seems a relatively easy group for the Germans, bar Portugal who could give them a good game, you would expect that they would take six points out of six from both Ghana and The USA due to the gulf in class between those two teams and Germany.

Germany have a very good record in both the World Cup and The European Championship, winning the competition three times making them one of the top national teams in history. Their younger national teams have also had good success in international competitions, winning one under 20 World Cup, two under 19 European Championship's and three under 17 European CHampionship's, which altogether makes for a magnificent record.

Germany have some of the best talent on the World currently, with all their positions not really needing any work, they undoubtebly have a squad capable of winning this years World Cup. However a player who could make a huge difference this year is Borussia Dortmund's Marco Reus, who has performed very well in this years Bundesliga and with his talent on Germany's left side, and possibly as a forward, Reus could be the deciding factor on how well Germany do.

In midfield, Germany have a whole host of talent which will give their manager, Joachim Low, many selection headaches. However I think that their main midfielder this World Cup will be none other than Bayern Munich's Bastian Schweinsteiger, who holds some good records for his national team and is an all round midfield beast. Schweinsteiger can not only get assists and defend, he also has a good eye for goal and he will be a commanding force in the centre of the park for Germany.

Germany are also blessed with an insane defence which are usually the best foundations for any World Cup winning side. However Borussia Dortmund's Mats Hummels will be key at the back for the Germans after a great season in the Bundesliga like his fellow team-mate Marco Reus. Hummels is a solid centre-half and has great ability in the air, making him a threat from set-pieces. Hummels will be a huge asset to the back-four and if he produces some stellar performances, he could be getting his hands on a World Cup trophy.

And finally Germany have one of the best goalkeepers in the World, Manuel Neuer, in net. He is one of the bravest and most confident keepers in this era of the game and keeps a very cool head when it comes to penalty shoot-outs. His shot-stopping ability, along with his height, make him a very good goalkeeper and he could be the man who saves Germany and helps them win the World Cup.

Joachim Low has decided to name an experienced side but has include some younger players in his final 23. He has decided to call-up the Schalke wonderkid, Julian Draxler, who has had a tremendous season in the Bundesliga and has attracted some huge interest from big European Clubs. He will be a very interesting player to watch if he gets a chance to play and a very good performance in Brazil could lead to even bigger interest in the twenty year old.

Another player who could be very interesting to watch is Andre Schurrle, who transferred from Bayer Leverkusen to Chelsea this season just gone, and for his first season in the Barlcays Premier League, he performed quite well. He possesses good pace and he knows where the goal is, although he may not get a lot of starts due to Marco Reus being in his position, he has a chance to really impress and show the World what he is capable of.

Germany have an experienced manager to lead them to the World Cup final, Joachim Low, who has been manager since 2006. His knowledge at international level will give Germany an advantage going into the Group Stage he will know what type of team and formation to go with depending on each game, and with eight years experience he could be the man to bring the World Cup trophy back to Germany. 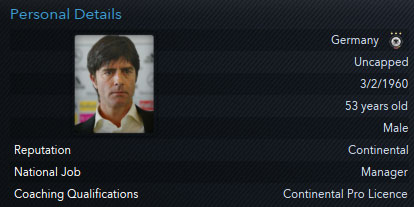 The media have predicted that Germany should be able to win this competition due to the quality of their squad. They have a relatively easy group which they should get out of quickly and depending on who they face running up to the Final, they have a great chance of winning this competition. If their players perform to their best we could see a memorable World Cup Final win for the Germans.

In conclusion, my opinion is that Germany will do very well in Brazil and reach the final. I don't see them winning the competition though as I think they will be matched up against the home nation Brazil and due to the home support, Germany will lose by a single goal, however, depending on who they face in the final, it could be a famous World Cup win for Joachim Low and his German side.