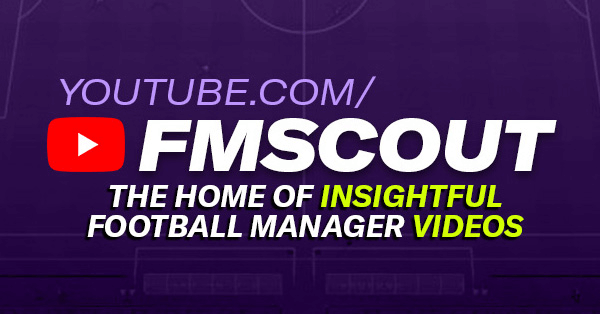 People are wondering what happened to our YouTube channel, as it has literally vanished into thin air since the night of December 7th. As we didn't have an estimate for when the channel will be restored for days, it's only fair to give you the story.

We received an email from YouTube that night, saying they have suspended our channel due to severe or repeated violations of their Community Guidelines. That's ridiculous, unfair and disrespectful. I'll explain why.

It was the night of December 4th, around 1:05 am (technically December 5th) local time in Greece. I was in front of my laptop screen checking stats on YouTube studio when I noticed a tweet saying our channel got hacked. I reloaded the page and realized something was very wrong.

The channel name was changed to Tesla Live, the handle was changed to @teslascout, the profile picture was showing a white Tesla logo on some blue background, the channel description and our links were removed, while all of our videos had become unlisted. Then some weird stream about crypto started playing.


Apparently, this is a common hack happening to several channels (even much bigger ones) these days. The difference is that we could rectify it in record time without help. Possibly that's something new to YouTube support, who are used to people losing total control over their channels.

My first reaction was to change the password of my account, worried my computer was hacked. That wasn't the case though. I'm the channel owner, but we have a team of content creators with access as channel managers.

A couple of minutes later, I received a message from one of our channel managers asking to remove him from the channel as he had received a security alert about his email being compromised. That explained the breach.

Removing access there practically kicked out the hacker(s) from the channel, so we deleted the silly stream and all we needed to do next was change back everything to how it was. We were able to restore everything within 30 mins.

We tweeted about the incident and kept monitoring the channel. Everything was fine over an hour later, so we posted another tweet to let our followers know the issue was handled.

We carried on uploading videos normally for the next 3 days without any issues. The only annoyance was YouTube's poor caching in search results, as it was still showing a cached version of the profile picture from the time of the hack.

I reached out to YouTube's partner support during that 2nd day to inform them about what had happened, how we had rectified the problem and raised a concern about the cached profile picture in search results. I was told to wait 48 hours for the cache to clear itself, but it didn't.

At this point, I'd like to personally thank Rober and Jake for doing their best to help deal with this incident.

Apart from the caching issue, all was good. Until it wasn't, as YouTube suspended our channel that night out of the blue. 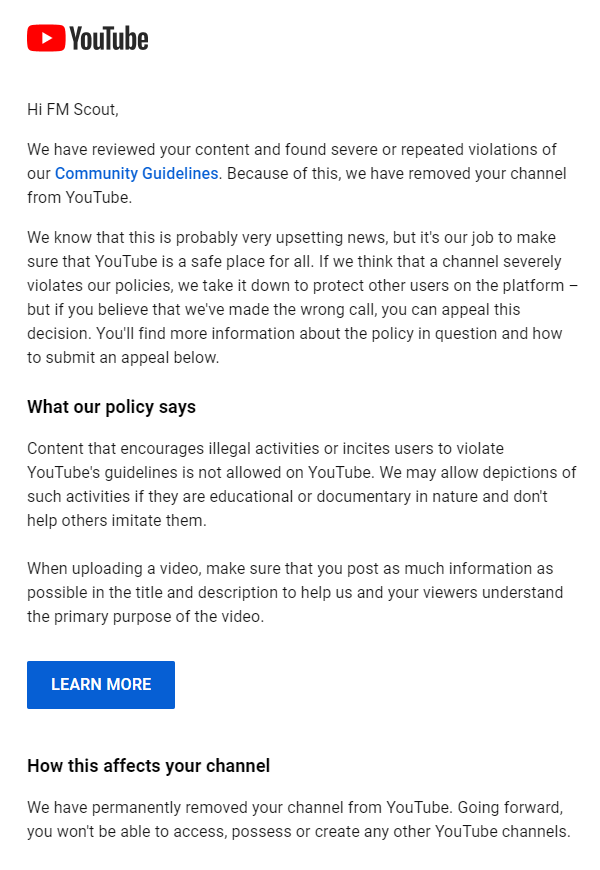 The only possible explanation is that this happened because several viewers reported the crypto livestream the hacker(s) managed to play for 10 minutes or so.

We're talking about an established and verified brand channel with nearly 150,000 subscribers, that took us over a decade to build. Getting that treatment is infuriating and just wrong.

Obviously I've appealed the decision and filled out a couple of forms they asked for. Sadly, YouTube support specialists worked on our case for 2 full weeks without providing any actual updates.

I strongly disagree with that decision. This should've been a 10-minute job to check that everything is fine and reinstate the channel. Making us go through all this nonsense is unacceptable.

What's next for the channel

I kept trying YouTube's live chat support every day, as well as the @TeamYouTube account on Twitter. If I had to use one word to sum up my experience with that, I'd pick "pointless".

In theory, making efforts to chase up a case might expedite the process. Well, that definitely doesn't apply here. It's a waiting game.

All links to our videos were broken since the entire channel was unavailable for 2 weeks. We're really sorry about that.

We did everything in our power to get our channel back and running asap. And eventually that paid off.

The FM Scout Channel is back!!!

Following a YouTube hack and subsequent channel ban, we have managed to reclaim our channel! But the fight is not over yet...

We NEED your help to get back up and running and to put this situation behind us, we kindly ask that you show as MUCH support as possible on our coming videos.

Every LIKE, COMMENT and VIEW will propel us back into the algorithm, and get us back to where we were, so thank you in advance for any help you can give us!

Discussion: What happened to the FM Scout YouTube Channel