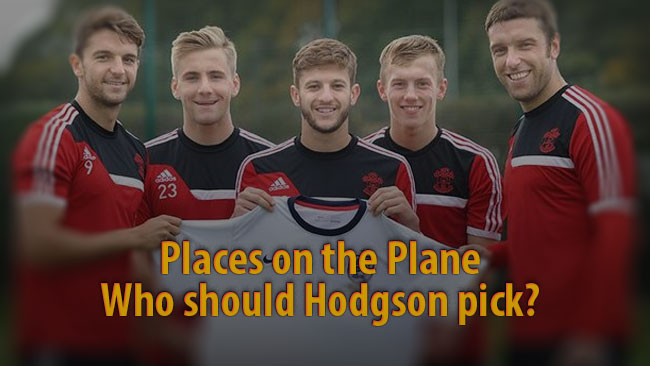 The World Cup, possibly the greatest trophy you can ever win, it comes around every 4 years and this year is one of those years, will Brazil use their home support to their advantage? Will Spain defend their crown and be World Cup champions for two consecutive times?

The question I'm asking is different, who will Hodgson pick...?

This years World Cup squad could be the hardest to pick ever, with many players emerging and performing well for their domestic clubs, Roy Hodgson will have to think long and hard before picking his 23 for the World Cup.

In this article, I will be evaluating the potential players available to Roy Hodgson and giving them a rating out of five stars on whether or not they should be picked. 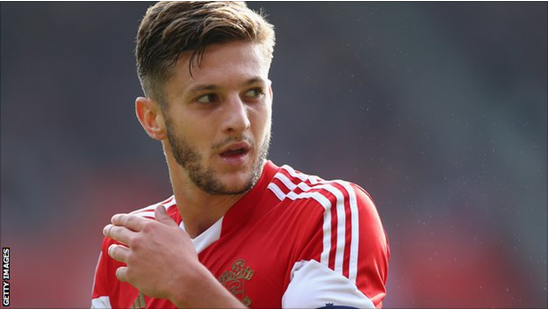 Southampton's young academy graduate, Adam Lallana has burst onto the scene this season, performing very well for his club and for England when he was given the chance to play in a friendly. Lallana is a very unique player, he is different to plays who are tied down to one good attribute, as he possesses multiple good attributes, whether it be playing the passes forward, to finishing past the opposition goalkeeper, Lallana is capable of any of these and can really offer something to Hodgson come the World Cup.

This is very good for a player who doesn't play for one of the top teams in England, he's been Southampton's star man this season and everytime I watch him play, I am more and more impressed with him, so in my opinion he should definitely be on the plane to Brazil 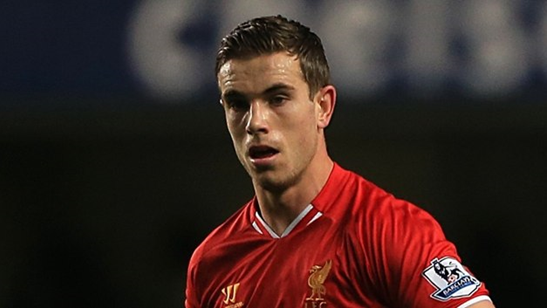 Liverpool's Jordan Henderson hasn't had the best of times at Anfield after he joined from Sunderland but then 23 year old has been a joy to watch this season playing alongside England captain Steven Gerrard at the heart of Liverpool's midfield. He possesses some very good attributes for your genuine midfielder, he has lots of pace and a good key for a pass, he can also finish past the goalkeeper and now is adding runs behind the defence into his game, which is want you want from your midfielders, to join in with your forwards when you attack.


Looking at his stats in the Premier League this season, he has the following:

For a midfielder at his age, these stats are very good, and with every game he plays he becomes better and better and holds a real shout to get into the England team, if he keeps up his good performances come the end of the season, he should merit a place on the plane. 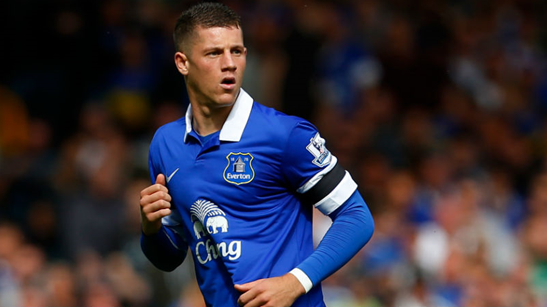 Everton's Ross Barkley is a real gem, he has natural ability and is full of confidence, which is very encouraging for a player of his age. He has some very good ability, he can easily bypass challenges of defenders and go on surging runs, he reminds me of a young Wayne Rooney. I watched him play against Newcastle, and he scored a superb solo goal after he starting sprinting from in his own half, this kid can become very big and already has clubs queueing up to snatch him from Everton.

Although his stats aren't the best, his performance is very good in very game he plays and it'll be tough for him to get a place on the plane due to make good players in his position, but if he maintains his form come the end of the season, he could well make the journey to Brazil. 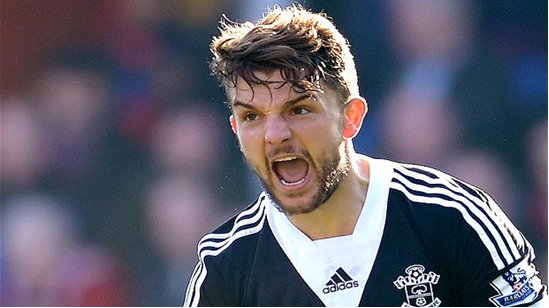 Southampton's second nominee for the England squad, and boy, is this one having a great season. Jay Rodriguez, who joined Southampton from Burnley 2 years ago is having a blinder of a season for Southampton. He has become a prolific finisher and pops up where you want your strikers. He has lots of pace so he can outrun defenders and always has an eye for goal, he is a serious contender for the England squad and the way he is playing, he really deserves the chance to play in the World Cup.

By the far the most outstanding stats out of all the players so far, 15 goals this season is really good and he is only 24 years old so he has so much more room to improve, and if he continues his very good season, for me, he is almost definitely on the plane. 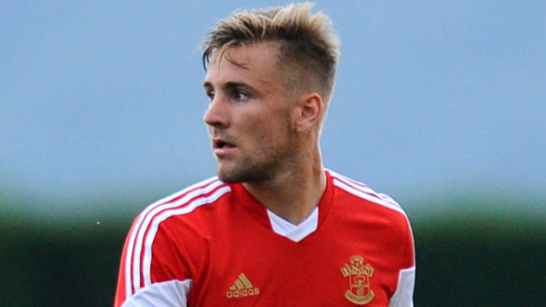 Another product from Southampton's extraordinary youth system, and this lad, is already becoming one of the most talked about left-backs to this very day. He is possibly going to be the best left-back in the world in the next few years and he is already stamping himself as a guaranteed starter for Southampton. He is very solid defensively and going forward he is extremely good. He can put in a really good cross and combine well with his team-mates, Ashley Cole better watch out as this teen is going to be big.

Now don't be draw away from him due to his stats, he is a LEFT BACK remember, and they don't really score a lot of goals, but getting one assist and being consistent throughout the season, for me, he should be getting on the plane to Brazil at the expense of Ashley Cole. Next on the list is Hull's underrated central midfielder Tom Huddlestone, who has really improved his career after moving from Tottenham to Hull this season. He has immense quality when it comes to free-kicks and corners, he has the ability to pick out the hardest of passes and can score very good longshots. Although he isn't the most 'well-known' England player, he has done well this season and shouldn't be ruled out due to the club he plays for.

His stats do not show how good he is, if he continues decent form until the end of the season, and possibly improves his goals/assists then he could make a serious point to Roy Hodgson before he picks his World Cup team. 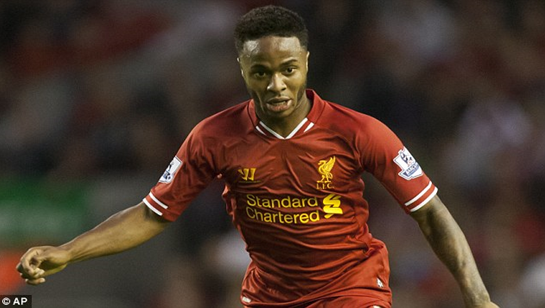 Liverpool's young star has stepped up his game this season making the SAS into the SASAS. He's really improved his form and is turning into your out-and-out winger, which England will really need at the World Cup if Theo Walcott doesn't recover in time. This young man has performed very well against the top teams and is making a huge statement to Brendan Rodgers that he is the best man to play on the wings. He has tons of pace, adds trickery in his game and can even finish, he is a serious contender to be picked for the World Cup.

These stats are very good for a player of Sterling's age and if he continues playing week in week out for Liverpool and keeps playing his best, he could well be sat on the plane to Brazil. 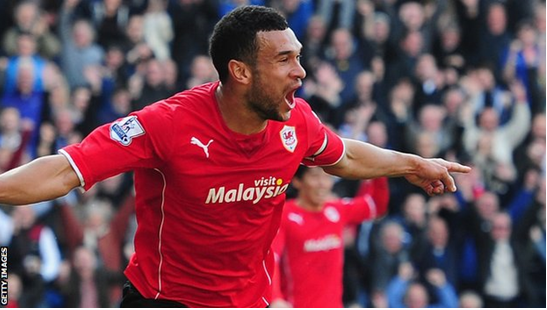 Cardiff's captain and former Spurs player Steven Caulker has probably had the best season of his career at Cardiff, although they are in a relegation dogfight, he has proved that he is capable of playing at the top level. Caulker offers pace, height, he can win the ball in the air, he is solid defending the ball on the ground and he has got quite a few goals this season from headers, he could prove to be a key figure in England's defence if he is chosen.

Scoring 5 goals as a defender is insane! He's proved to everyone of how good of a player he actually is and I reckon if he keeps Cardiff up, he's on that plane for sure come the end of the season.

So, there we have it, my list of players who could possibly make the journey to Brazil, of course this is my opinion and you probably have players in your mind you would have put on the list, but it is my opinion and I hope you agree!

If you believe I should put in another player as well or remove a player from the list, please post it in the comments section below! I'd love to see your views on this!

Discussion: Places on the Plane - Who should Hodgson pick?