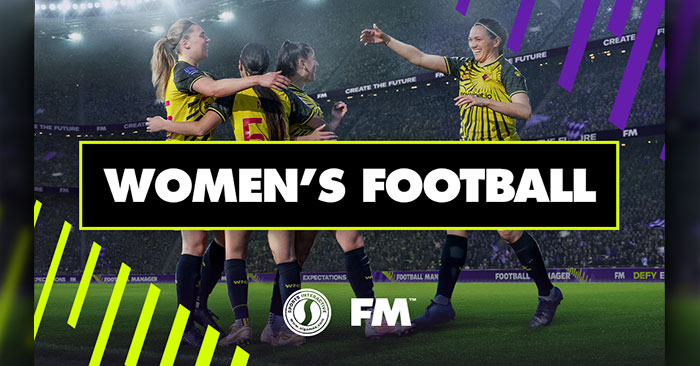 Adding women's football into Football Manager has been a reoccurring feature request from the community for a number of years.

Miles Jacobson (SI studio director) used to turn it down saying there wasn't enough interest to justify allocating resources into making that happen.

At some point he mentioned that when they do it, they'll do it properly... so it appears he was ultimately convinced about taking the plunge.

We've recently seen another football management game including women's football, and that feature in particular was positively received by pro female footballers on social media.

Perhaps that accelerated the process for Sports Interactive to go public today with an announcement. Their commitment to a multi-year project to include the women's game into the FM series.

Miles wrote a long post about it on the official blog, which we'll summarize below.

So, one big question is when they will actually add women's football into the game.

Maybe their new commercial partnership with LCFC Women (for the 2021/22 season) hints that it could make its debut as early as FM22? We'll see.

Are you excited about this new feature in a future FM version? Share your thoughts in the comments.

Discussion: Women's football to be included into Football Manager