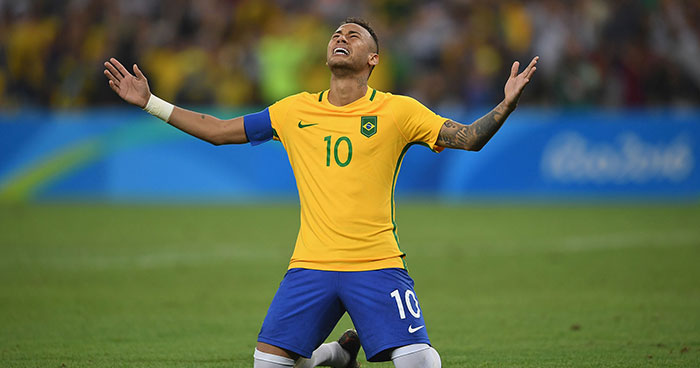 The countdown really is on until the World Cup. With just two months ago, squads will be virtually confirmed, tactics will be in place and it’s now just a case of finishing the domestic season and keeping players injury free.

Russia 2018 is going to be a real festival of football, and it’s bound to throw up a few surprises. For those who will be following every group, and may even have a bet on their progress, we take a look at each group and their chances…

Group A poses an interesting question, can the hosts Russia get through it? They’re favourites too and most bookmakers’ football acca tips are predicting them too, but Egypt have one huge player in their arsenal - Mo Salah!

Salah could be a key difference between the two nations, and alongside Uruguay, we fancy the North African country to go through.

Group B throws up one of the best games in the Group Stage. Spain take on Portugal on June 15 and you’d think that’ll be the battle for first place.

Spain will be desperate to avoid a shock like 2014, so will put both Morocco and Iran to the sword. The former could cause problems but we expect plain sailing from these two.

The French are favourable to top Group C and among the teams predicted to go far. Deschamps has a wealth of in-form talent and were impressive during Euro 2016.

Joining them in the Round of 16 is a three way duel between Australia, Denmark and Peru.

The Danish will need a Christian Eriksen masterclass, just as they did in the play-off, while the return of South American Peru after so many years could see them determined to make the knockout stages.

We expect the latter and believe Peru will cause a few major shocks during this tournament.

Iceland will be making their World Cup debut this summer and will be hotly tipped for a repeat performance of two years ago.

They’ve already beaten Croatia in qualification and proved they can battle with the big boys at the Euros.

Argentina you’d expect to safely navigate the Group Stage, but it could go either way for the two European sides, and let’s not forget Nigeria either.

However, a repeat of Euro 2016 may be one step too far, and the strength of the Croatian side should see them through.

This time four years ago, Costa Rica we’re providing all the talking points. It’ll be tough for a repeat performance though and we expect Brazil to brush them aside and take top spot.

The Brazilians are second favourite to win the tournament and will want to bury the ghosts of that Germany defeat on home soil.

Joining them from Group E in the knockout stages we expect to be Switzerland, who should have enough to get results against Serbia and Costa Rica.

Will we see Zlatan grace Group F or won’t we? It’ll be interesting to see whether Sweden go to the tournament with their legendary talisman who is reconsidering his retirement.

It’ll be Germany who top the group though and you’d think it’ll be between Mexico and Sweden for second place. The return of Ibrahimovic would be a huge boost and perhaps give them the edge to make the knockout rounds.

England are fancied to get through the group, although how many times has that been said in recent tournaments?

Belgium are favoured and it’s likely the final game between the two in Kaliningrad will determine first and second place.

Harry Kane is heavily favoured to fire the Three Lions all the way to the Quarter Final and is being tipped to finish as one of the top scorers.

Tunisia and Panama have little hope, although the top teams will be wary given England’s recent results against Iceland and Costa Rica.

Group H is perhaps the most open group, with three teams capable of finishing first.

Colombia are most likely, with the nation hoping to pick up from where they left in 2014. Senegal and Poland will have something to say about that though.

The African nation have improved considerably in recent years and go into Russia as real dark horses for the tournament.

Poland have Lewandowski to get their goals, which could be the difference but their opening game against Senegal on June 19 could be the decider before the tournament’s really got going.

Discussion: Our World Cup Group Predictions: An Early Look at Who’s Going Through