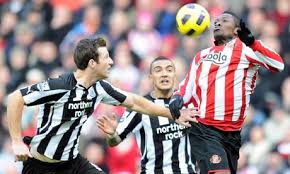 So we know there won't be any players tweeting from within Football Manager 2012, nor will you see wives inadvertently sharing team news the night before. But there's plenty of fun still to be had on the non-playing side of FM, here's a look at a few things that could work wonders:


There's a big debate in football on whether football stats are important to the game as they are deemed to be in other sports - luckily in a football game (it IS a game, right?) that debate is settled for us. Football Stats are immensely important, because everything in Football Manager is based on numbers.

With that being said, I'm aware that the new Football Manager will bring about several improvements in terms of match analysis and preparation, however, here why I think advanced football stats should be included in Football Manager (2013?):

Advanced statistical analysis based on player performances - per game or across the season. For example, it would be good to know how many goalscoring chances a player creates, or where on the pitch he wins his tackles, or if his passing is defensive (backwards / sideways) or attacking (sideways / ahead), where he takes his shots from and what % of those shots are goals...the list can go on and on. In terms of evaluating a player's effectiveness on the pitch, it's imperative to be able to track a lot of different data points that are traditionally missing from football analysis.

A real-world example - David Silva's impact in the 2011/2012 season so far has been based on where he finds himself on the pitch but also because of the movement of the players around him (as well as the tendency of the City full-backs to push up more than before. The quality of the forward four, as much as Silva's increasing ability to influence the English game, has raised City's game as a whole. Understanding exactly how that happens - through video replays and statistical analysis - can help you identify the factors that make it successful and then using the same principles for the youth team / for your own team.

Add to this the ability to tactically review a game as well a player's individual performance, and you've given hardcore Football Managers another level of realism in experiencing what goes into managing a football club.


Admittedly a personal preference but something that can improve the playing experience while still keeping the game football focused. Currently the game provides betting odds in terms of how likely a team is to win a specific competition, however this feature can be vastly improved by making the latest football betting odds available throughout the course of a season, updating them based on injuries, January transfers, form and the departure / lack thereof of the manager. In addition, a nice touch would be to provide betting odds for each

The purpose isn't to promote betting - on the other hand, just as the odds at the start of a season help identify who the strongest contenders are, the odds during the season will help players track which teams are doing well and which are in a wretched run of form. Pre-match odds and half-time / in-play odds would also help the player understand where his team stands relative to the opposition much more accurately in the shape of success percentages (i.e. odds).


Currently the only way to get information on a player is to scout him. Presumably this translates into a real-world analysis of the player, including watching him play / in training as well as talking to his current / past coaching staff. Understandably, the later part (talking to other people about the player) is left out of the details (this is Football Manager, not Football Scout), but that's how real-world scouting takes place when you want to evaluate someone's personality (short of interviewing them / handing them a personality test, and I doubt scouts do that to players, nor do they just rely on the latest football news / gossip).

But what if you were able to get the same detail of information about the support staff - what if you could see the personality of your assistant manager, get feedback on potential coaches and their suitability to join your backroom staff and generally be able to get detailed feedback on each coach, scout, physio or manager - just like you would in real life?

Apart from helping you build a stronger backroom staff, it also has the tactical benefit of allowing you to understand the mindsets of the managers you go up against and incorporate that in your pre-match preparations.

So there you have it - three suggestions on how to make Football Manager a more realistic football management simulation. A lot of this information is already there in the game (although in terms of football stats they may need to add a layer of formulas and potentially add more scripts for person feedback) - it's just a case of sharing it with the players.