DeanByrne1995
7 years
Right this will certainly be my final story of FM13. I keep jumping from story to story and can't settle with any team I pick. I will Now focus my energy on a Newcastle United save using manager Alan Pardew. 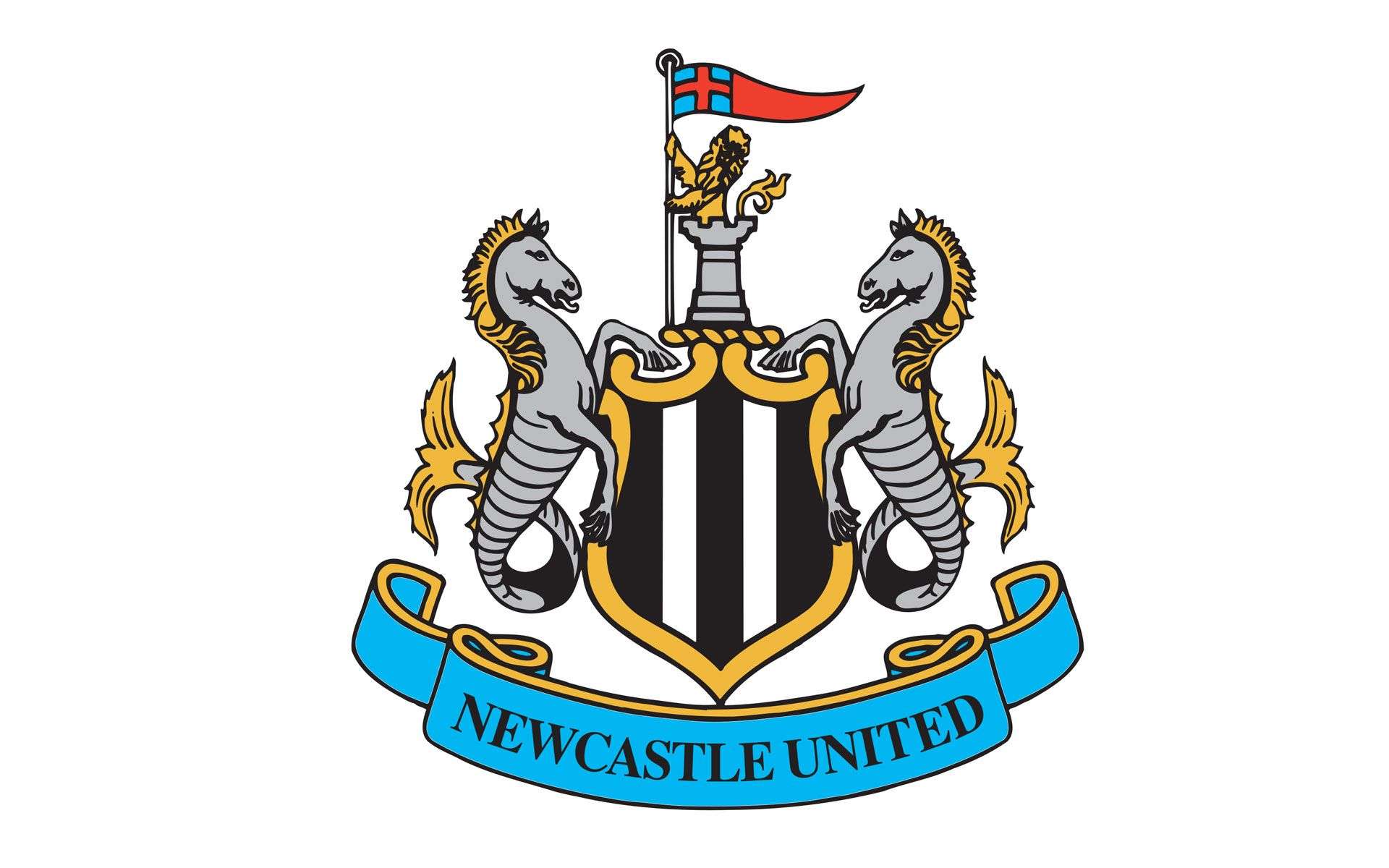 My goals for the coming season are : 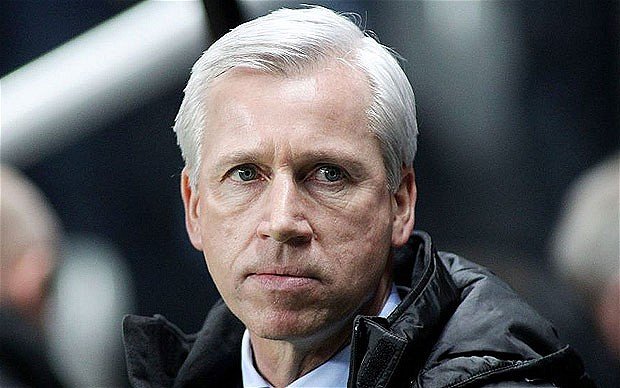 Newcastle manager Alan Pardew has preached his excitement for the forthcoming Barclays Premier League Season, and is looking to improve on what was a disappointing previous campaign.

Newcastle could only manage to finish 15th last term and Pardew admits that for a club of this stature, it was unacceptable.

"Last year was hard to take for us. People were tipping us maybe for the champions league on the basis of what we showed the previous year but it was not to be. We were short of goals up front as we never really replaced Demba (Ba). That's an area we'll look at in the coming weeks"

"This year we will play for the fans, who have been fantastic to me throughout my time here. They have been starved of success so we will try win a trophy this time around"

Pardew enters his 3rd year in charge of The Toon, having been appointed in 2010.
Login to Quote 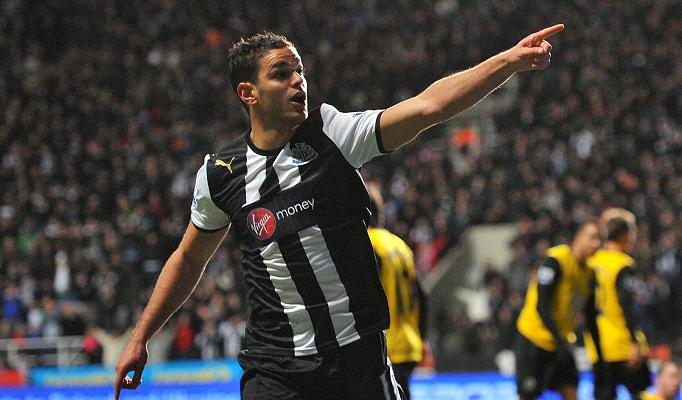 After much speculation over summer, Newcastle playmaker Ben Arfa has finally got his wish and moved to Manchester City for a reported £19,000,000.

The Frenchman had told Alan Pardew a few weeks prior that he wanted a step up and once City put in an acceptable offer, The Tyneside club agreed.

"I am very happy to be joining Manchester City" Stated Arfa. For me it's the strongest team in the league so I am very excited. I had many great years at Newcastle so it was a difficult decision to leave them.

Pardew has admitted to being disappointed with his star man leaving, but is confident the club will use the money to strengthen.

"Any club who loses a player of Ben's quality will be disappointed of course, but when the top teams come knocking it's very difficult to say no. We have a number of targets in mind and hopefully their will be some more concrete news in the coming days"

Newcastle begin their season with a mouthwatering opener against bitter rivals Sunderland at the stadium of light.
Login to Quote 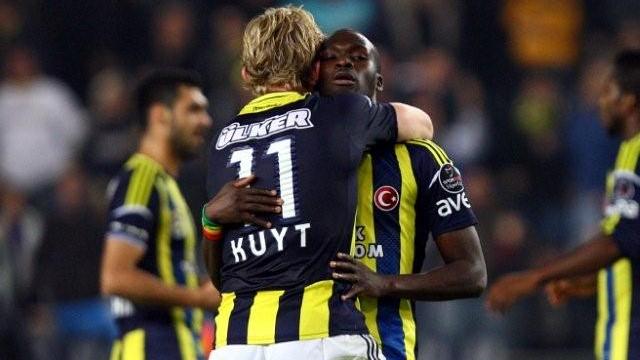 Newcastle United have completed the signing of Fenerbache's Moussa Sow and Dirk Kuyt for reportedly a combined fee in the region of £30,000,000.

The news comes just a week after Ben Arfa was allowed leave to Manchester City. The Magies moved swiftly to replace him, and former Liverpool attacker Dirk Kuyt has expressed his delight to be back in the premier league.

"I loved it here, It was the best moments of my career. Newcastle United have a vision for the future and I want to be part of that"

Pardew had earlier stated that his strike force was an area that needed more depth, with just Papiss Cisse and Shola Ameobi the only out and out strikers at the club. It was for this reason he looked to bring in Moussa Sow, a pacey frontman with a lot of potential.

"I am delighted to sign for such a well supported football club" said Sow. "I hope to score many goals for my new team and help them do well in the league.

Both men however will not feature in the Tyne-Wear derby at the weekend, with Kuyt injured for another 2 days and Sow lacking match fitness.
Login to Quote

Newcastle will be very happy with their opening month of the season, a month in which they remianed unbeaten and seen them play 4 games in just 11 days.

The highlight without question was the season opener. A packed house at the stadium of light witnessed Newcastle's 1-0 victory over local rivals Sunderland. A debut goal from fullback Debuchy gave bragging rights to the magpies who couldn't have hoped for a better start to their season.

Their other premier league game came at home to Swansea City. Despite dominating large parts of the game, Pardews boys couldn't force home a goal and had to settle for a point. A major concern for Newcastle also occured during the game, with Papiss Cisse ruled out for 3 months with a torn hamstring.

Europa League Playoffs saw Newcastle up against FC Midtjylland and despite only drawing the home leg 1-1, they secured their passage to the group stage with a 3-2 away win. 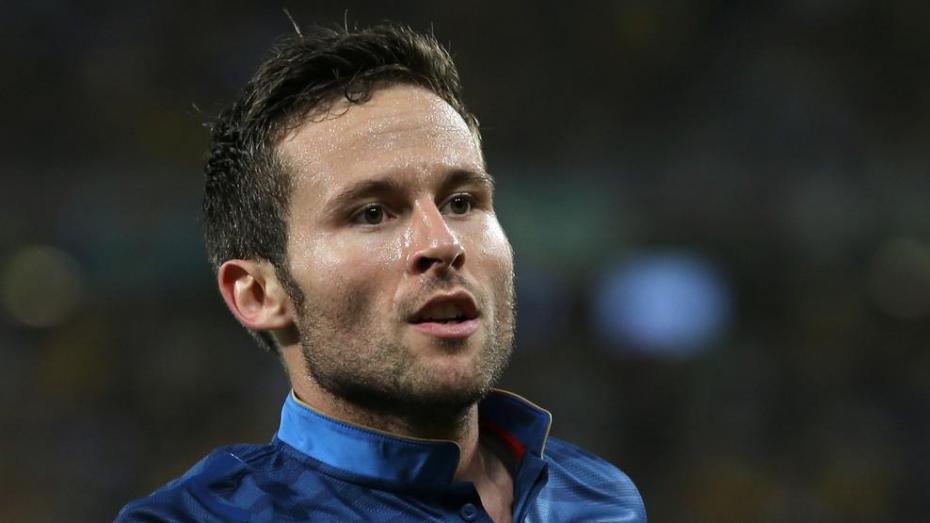 Yohan Cabaye will be sidelined for up to 3 months for Newcastle after landing awkwardly while playing for France.

This is a huge blow for The Magpies who also have Papiss Cisse on their long term injury list. The Senegalese striker suffered a torn hamstring and will also miss 3 months. Alan Pardew was devastated by the news, and thinks the International fixtures takes a lot out of players.

"Yohan is a fantastic player, our most creative in midfield. He usually assists Papiss (Cisse) both with both men gone now for the long term, lady luck doesn't shine on Tyneside."

"Players are expected to give their all for their club week in and week out. They then have to fly long distances to play internationals after having a hectic schedule of fixtures with their club. Of course their will be injuries. It's extremely frustrating."
Login to Quote

9thCodebreaker
7 years
Debuchy is on fire

September proved to be another strong month for The Toon as they continued their fine start to the league campaign.

However the away trip to St.Marys was anything but memorable, with the Saints grabbing a scrappy 2-1 win. Moussa Sow got on the scoresheet for the first time for his new club.

Pardew demanded a response when Wigan came to St.James Park and that's exactly what he got, especially from his new signings. Strikes from Moussa Sow and Dirk Kuyt sealed the points for The Magpies.

A great preformance against Tottenham Hotspurs showed that Newcastle would be looking to make St.James Park a fortress. Moussa Sow again proved his worth with a sensational hat trick.

The league action was rounded up with an away win against Norwich City. Strikes from Gosling and Gutierrez ensured September would be a successful month domestically.

In other competitions, Yohan Gouffran scored to defeat Tromso. Manchester City were easily able to knock The Toon out of the Capital One Cup, with a comfortable 2-0 victory.

Jer
7 years
^. Also, dunno why you spent so much on Sow and Kuyt, but you are the boss.
Login to Quote

Well the reasoning behind both strikers was that we needed a replacement for Ben Arfa, Kuyt has premier league experience and still has quite a bit to offer in my opinion.

Moussa Sow came in to give us more strength in depth up front. He proved slightly more expensive than I thought but going by his early form, he looks a good bit of business.
Login to Quote

Another satisfactory month in the league, but a disappointing showing in Europe for Newcastle.

Domestically, The Magpies began with a league defeat to Liverpool. In truth Pardew's men never got going and fully deserved to come away empty handed.

Newcastle responded straight away with a huge victory at home to Manchester United. Again another goal for Moussa Sow ensured The Toon would keep their unbeaten home record.

West Brom battled hard but in the end came up short against a free scoring Newcastle side. The win lifted Newcastle up to 3rd after 3 months of the season.

It was a different story in Europe however, with The Magpies losing both of their games. Athletico Madrid had no trouble defeating Newcastle, coasting to a 2-0 win. Newcastle did enjoy a good start against Fenerbache, racing into a 2-0 lead. However they couldn't hold on and ended up losing 3-2.

You are reading "Talk of the Toon".