This story will begin around the 27th of october, when I get fm14. I will begin early to set the mood as I can't sit back and just watch others write stories!

England out on Penalties 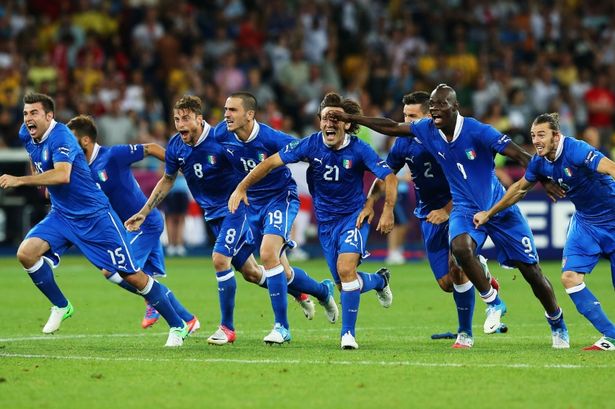 England have bowed out of Euro 2012 after losing agonizingly 4-2 on Penalties to Italy. The game finished 0-0 AET and misses from Ashley Young and Cole meant that Alessandro Diamanti's successful spotkick saw the Italians through to the Semi finals.

The heartbreak of a penalty shootout is something England have grown accustomed to, having been knocked out by West Germany in 1990 and Portugal in 2004 to name but a few.

The game itself was dominated by Italy, enjoying the lions share of possession. Joe hart and co were magnificent at the back but going forward England struggled to create any clear cut chances. It is fair to say the better team progressed, but that by no means will heal the wounds of the fans that though this was their year.

Some of the players took to social media site twitter, to thank the country for their support throughout the campaign. 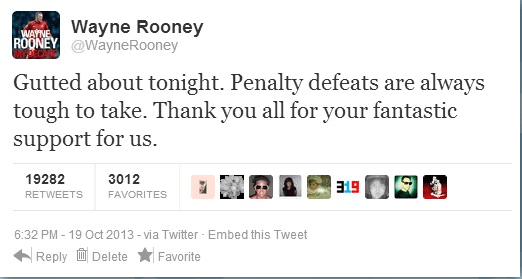 Is Ballotelli Punching the other guy in the face?

Toon
7 years
510 how dare you call him 'the other guy'.
Login to Quote

DeanByrne1995
7 years
I'd be more concerned about Balotelli being punched in the balls! 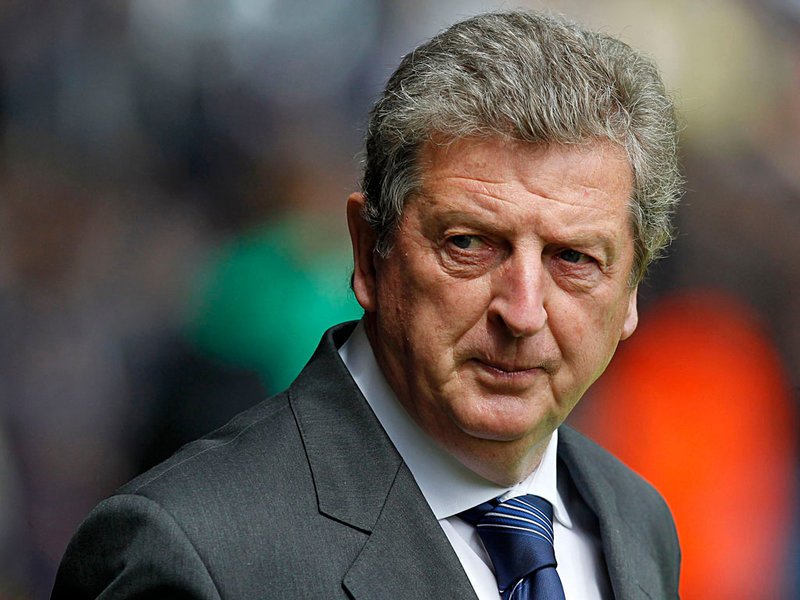 Roy Hodgson has handed in his resignation off the back of England's penalty defeat to Italy which has been accepted by The FA.

Hodgson was appointed in May 2012, and led England into Euro 2012 where they were knocked out by Italy in the quarter finals. The news of his departure was let known today after The FA released this statement on their website.

It is with great sadness that we announce that Roy Hodgson has resigned from his position of manager of the England National Team. We were informed of his intentions after the European Championship campaign as he believed he would be unable to contribute more to the progress of the National team.
We have to acknowledge the hard work and dedication Roy put into the squad during his tenure. The fact that we were a couple of spotkicks away from a semi final in the world cup shows the progress being made.

We wish Roy every success in his future managerial career and want him to know he will always be welcomed at Wembley stadium.

The search for a new manager is now underway and we will look to have somebody appointed before the start of the 2014 World Cup Qualifiers. 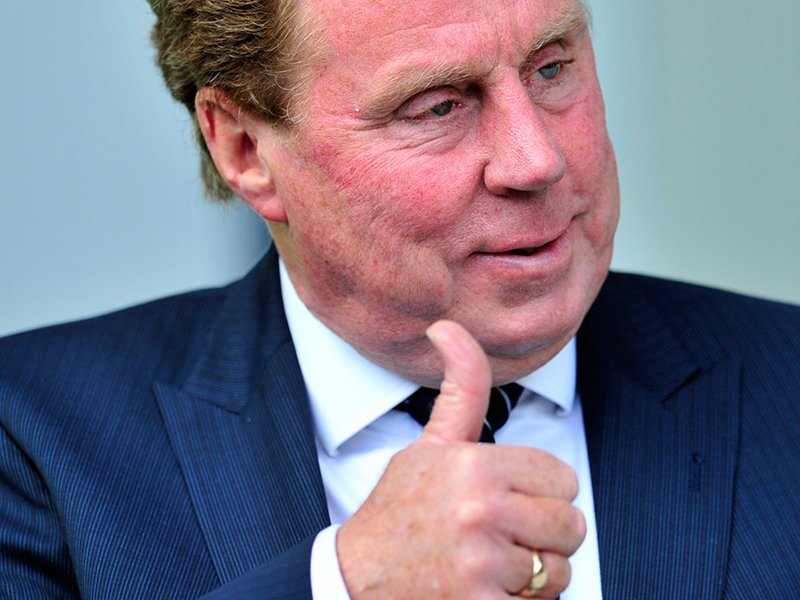 Harry Redknapp has been installed as the favourite to succeed Roy Hodgson as the new England manager.

The current QPR boss has been in charge of the R's since 2012, and is currently rebuilding the squad from their relegation from the Premier League. After the departure of Roy Hodgson from the England setup, rumors immediately began spreading that Harry Redknapp, the favourite for the job when Roy got it, will finally be given his chance to manage the national team.

The Englishman has previously managed West Ham,Portsmouth,Southampton and Tottenham Hotspurs so has great knowledge of the english game. Many see him as the perfect replacement and the bookies have him down as a runaway 1/5 to get the job.

When quizzed on a radio interview with Sky Sports News, Redknapp had the following to say.

"You know I've had a great time so far with Queens Park Rangers.There has been no contact from anyone in the England camp. To be linked with the England job is an honour but at the moment I want to focus all my attention to our promotion challenge as long as I am under contract. Obviously if an offer was put on the table I would have to consider it though."
Login to Quote

Jamesg237
7 years
Good luck with the story. It will be a difficult challenge to get England to the top.
1
Login to Quote 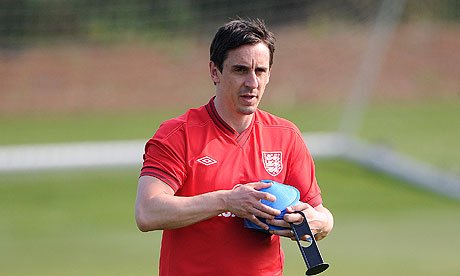 Gary Neville has announced his intentions to become the next England manager, and believes he deserves a chance

Neville, currently an England coach and sky sports pundit played his whole footballing career with his beloved Manchester United which spanned a staggering 19 years. He also won 85 caps for England, which he feels gives him the edge of Harry Redknapp. 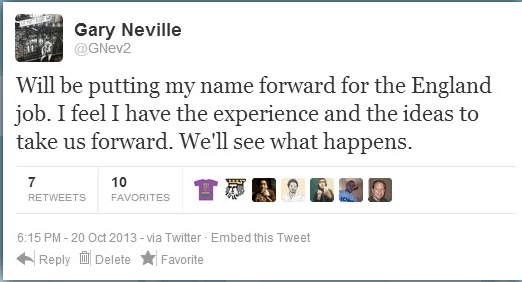 Harry Redknapp had been the clear favourite before today, but with Neville's intentions, there will now be more for the FA to consider who want a new manager in place by the qualifiers for the 2014 World Cup.
Login to Quote 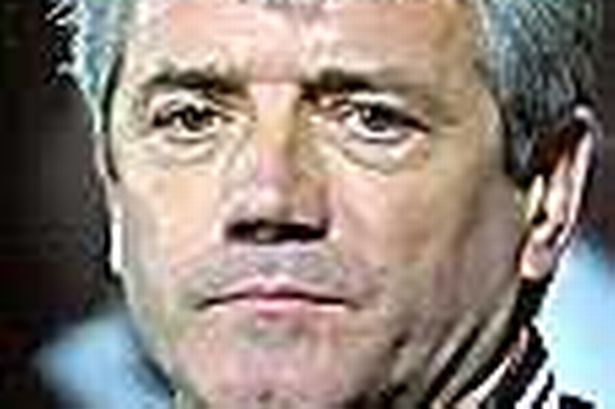 The FA have took the country by storm, with a shocking re-appointment of Kevin Keegan. The Newcaslte legend was England manager from 1999/2000 but resigned after his sides defeat to Germany in the 2002 World Cup Qualifiers.

It had been widely speculated that either Harry Redknapp or Gary Neville would take the reigns at Wembley, with Keegan not even in the running according to the bookies. Redknapp, who faced similar agony when he was considered favorite for the job before Roy Hodgson got it will be deeply disappointed and will have to refocus on QPR's title challenge in the Sky Bet Championship.

On the other hand Gary Neville as far as we know is still involved in the England setup, and it will be interesting to see if that is still the case once Keegan begins his work. Keegan was put under intense pressure when he was in the hotseat in 1999, with fans claiming that he was tactically naive.

England will have to face the likes of Ukraine and Poland en route to the World Cup Finals in Brazil and Keegan will be hoping that he can get a few positive results in friendlies before the qualifiers begin.
Login to Quote

DeanByrne1995
7 years
Right so a bit of an update

You are reading "Passion, Pride and Pain - An England Story".