This is welcome news to the Blackburn fans as they have suffered a torrid time under the previous ownership. Manager Steve Kean never did have the backing of the Rovers fans and they were right as Rovers were relegated in May 2012 after a 1-0 defeat to Wigan at Ewood.

The new owners first major decision in charge was to bring back former chairman John Williams who left the club back in 2011. Williams was upset by some of the decisions made by the Venkys and felt like he no longer belonged at the club.

Now that the club is back under control of the fans, they are now optimistic for the future. Robert's first interview with the Lancashire Telegraph ended with a plea with the fans. 'Back us now in our new future - we will rebuild.'
Login to Quote

This morning, Blackburn Rovers chairman John Williams unveiled Graeme Souness as their new manager. Souness had a previous stint at Rovers, getting them promoted to the Premiership in 2001. The season after he took Rovers to the Worthington cup final beating Tottenham 2-1. Souness then managed Rovers in Europe for a couple of seasons before moving on to Newcastle United where he couldn't replicate the success he had in Blackburn.

The Rovers fans are said to be happy at the appointment and are very optimistic for the upcoming season considering Souness's experience and his past at the club.
Login to Quote

Scott Dann - Rock at the back and scores lot of goals from set pieces. Wants a move to a bigger club but need to keep hold of him if I want a chance at getting back in the premiership.

Jason Lowe - Mr Utility. Can play in almost every position. Ultimate professional and vice captain. Plays as my Regista. 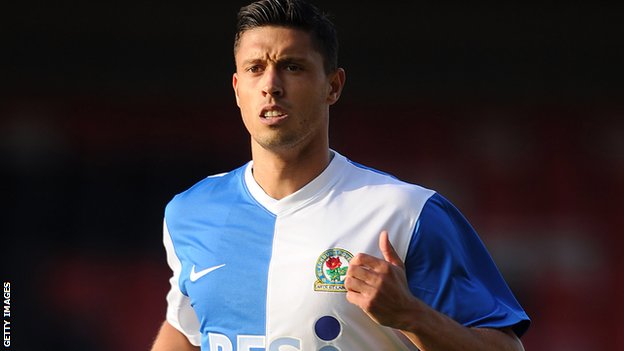 Ruben Rochina - My most creative player, used as an inside forward on the right hand side.

Josh King - Has pace and acceleration in abundance. Will hopefully tear the division apart.

Jordan Rhodes - Clinical finisher, used as a poacher as the lone man up front.

kazza121
6 years
Blackburn ?? You are going to get some amazing regens through out the save !
Login to Quote

Jer
6 years
Blackburn will be an interesting pick. What's your budget? Are you gunning for promotion to the PL this year?
Login to Quote

Souness looking for Rovers clean up.

Following meetings with the new board and his staff, Souness has come out and told the press in his first press conference that his new club needs a full dress down. This is Souness' first press conference back at his old club and some journalists are unsure of how his new employers will take to today's comments.

'The problem with the club at this moment in time is that there is too many people getting paid a wage that quite frankly, they don't deserve. These people aren't even benefiting the club, they're stealing a living.'

Souness didn't name any of the people that he was talking about with these comments but told the press that he'll be looking to move these people on as soon as possible. Whether that be trying to raise money for incoming transfers or just reducing the already massive wage bill at the club.

Souness also confirmed that the transfer budget he has been given isn't what he expected but after meetings with the Heyn family and John Williams has realised the reasons behind this decision. Souness said, 'I've had a very positive meeting with the board who have told me their reasons behind not providing a larger transfer budget. They told me that the stability of the club was more important than immediate success.'

Heyn has just recently paid off the massive debt of £24 million left by the Venkys. Plans to improve the youth and training facilities have been confirmed on the club website. Maybe now things are looking up for the Rovers faithful.
Login to Quote

You are reading "Blackburn Rovers - We will rebuild!".