I've decided to write a story for FM 14 and decided to go with Sheffield Utd as I feel it will be a nice challenge for me. They have some very good players and were unlucky being relegated from the EPL several seasons ago. I will certainly be sticking to this story as I have more time on my hands now and should see it updated on a regular basis which I know hasn't been the case with my previous stories! So I do hope you enjoy this story 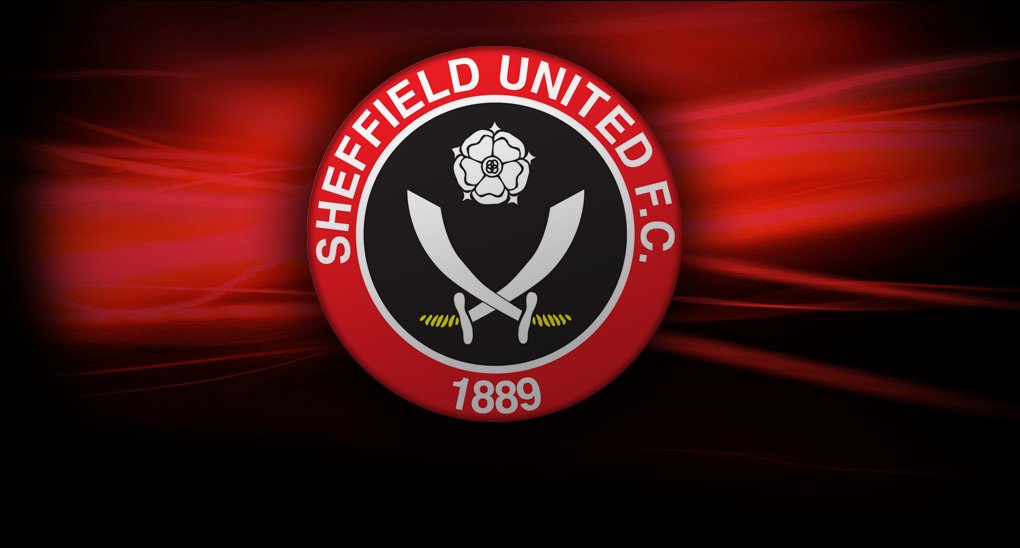 Sheffield Utd Football Club have announced the sacking of David Weir despite only recently being named manager. It came as a huge shock to the players, staff and fans alike with many wondering why he wasn't even given a chance in what would be his first managerial role since retiring from professional football. This would certainly shatter his confidence. The chairman responsible for this, Dave Green confirmed that he would like someone who knows the club inside out and someone who would be very dedicated to the club and someone they believe could take the club far. A few names were mentioned in the running for the vacant manager job. Club legend Chris Morgan and avid Sheffield Utd fan and actor Sean Bean!
Login to Quote

Lord of the Rings and Game of Thrones star, Sean Bean has come out and announced that he has decided to quit acting with rumours spreading that he is ready to return to Sheffield to become the new manager of the football club. Sean Bean has always stated that he would love to manage the club and hopefully his dream will come true. It has come as quite a shock but generally the mood in Sheffield are delighted and feeling quite excited about the return of Sean Bean!
Login to Quote

Kane
6 years
Interesting choice of manager, will definitely read to see how this continues. Good luck!
Login to Quote

Lee The Bee
6 years
Good luck with this story will be following this!
Login to Quote

Akash
6 years
Loved him in LotR and GoT! Let's see how he does in management!
Login to Quote 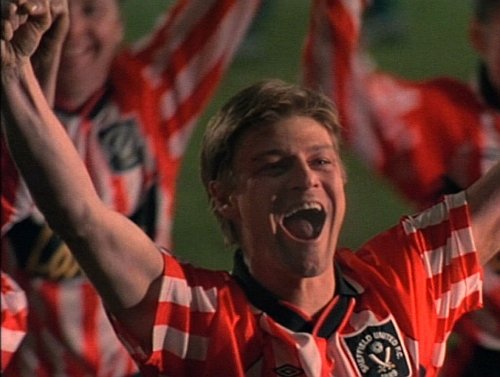 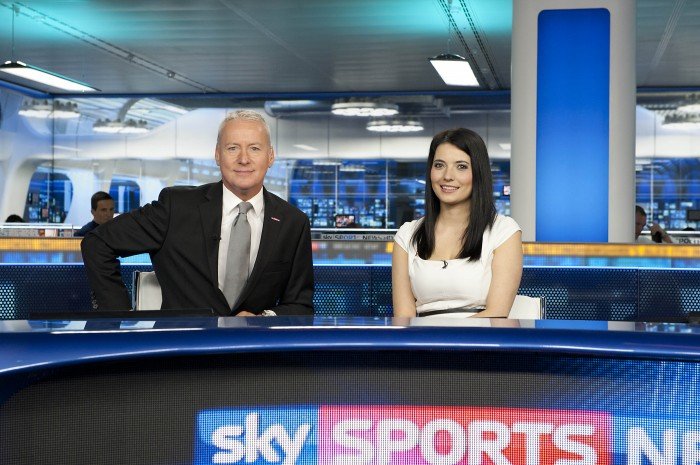 News reached Sky Sports presenters Jim White and Natalie Sawyer that Sean Bean was indeed to become the new manager of Sheffield United on a 12 month rolling contract. Bean who shockingly had decided time was up on his acting career dreamt of the moment that one day he'd manage a club he's been so avid of since he was a child and the moment had become true. Sean said that he was absolutely thrilled and revealed he had some exciting plans for the club in the aim they would have a very successful future both in competitions and more importantly financially. Sheffield Utd coach Chris Morgan revealed that he would be very ecstatic to be working alongside the famous Sheffield man and that it would be an exciting time for the club for both parties- the club itself and also the fans!
Login to Quote 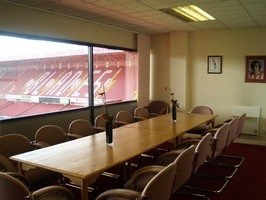 DG: Come in gentlemen take a seat. First things first. I'd like to welcome you, Sean to the club. It's great to have someone really famous and an avid fan managing the club.
SB: It's great to be back and to be managing the club I've followed is really a dream come true. I have some exciting plans for the club both competitively and financially with the hope the club has a very secure and successful future.
AS: Well lets get down to business.
KM: Our finances our looking stable for the future but we want to become rich so with the transfer and wage budget set for you, we are hoping you act accordingly and sensibly. We already have a good set of players at the squad and barring anyone going out we don't expect too many players to be brought in.
SB: Yes of course I completely understand. As an avid fan of the club I'd hate to go down financially the way some recent clubs have due to idiotic spending namely QPR. I'm going to have a look at the youth squad as I reckon we do have some talented players who would be able to adapt to life in League 1 and hopefully in the divisions above us.
AS: That is very good to hear Sean that you would be willing to look at the youth squad which is just what we wanted for the time being at least and see how we progress in the forthcoming seasons. 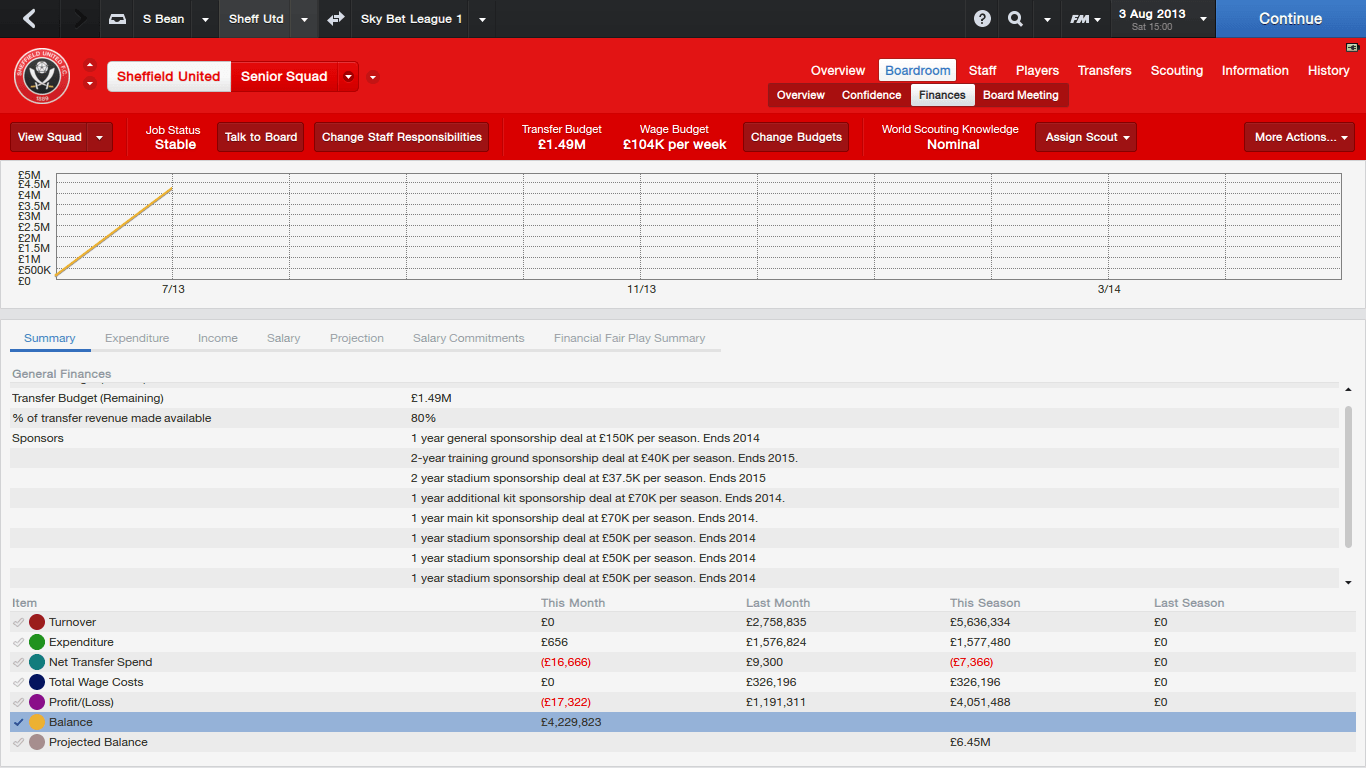 DG: Now enough boring talk about finances. Honestly speaking, Sean what players did you have in mind about bringing to the club? And was there anyone you were thinking of letting go?
SB: No such names have come to me yet but do have in terms of loan targets who I wish to bring but I think it would be unfair to other clubs if I were to name them, the same goes about players who I decide leaves the club. There are a few areas in the squad I feel need strengthening such as the full back position and a couple of central midfielders as that is where lacks depth of quality.
KM: That sounds good to me.
AS: I think that concludes the meeting!
Login to Quote

Good luck with the rest of your story!
Login to Quote

Good luck with the rest of your story!

I think thats something I ought to try and improve on. Try expand my posts, unfortunately I should have kept my brief chelsea story from fm 13 to have a look at that

Jer
6 years
Will you kill off Bean after the first season (GoT and LoTR movie XDDD)? Great start mate, I love Sean Bean <3.. #UNDERRATEDFTW!
Login to Quote

I'm fairly happy with the keepers we have at our disposal especially George Long who is a very promising keeper and will be our number 1 keeper for the season with George Willis as our number 2 and finally Mark Howard as number 3 keeper.

Defence is the one position that I feel needs strengthening especially at the full back position. Harry Maguire is an exciting prospect and has already made a number of appearances for the club and will certainly be a key player in the heart of defence alongside the experienced Neill Collins.

Another position that we lack in depth but do have some very nice prospects in Florent Cuvelier, Elliot Whitehouse and Callum McFadzean but we do lack depth with the wingers and with a couple of additions hopefully we could have a very strong midfield. 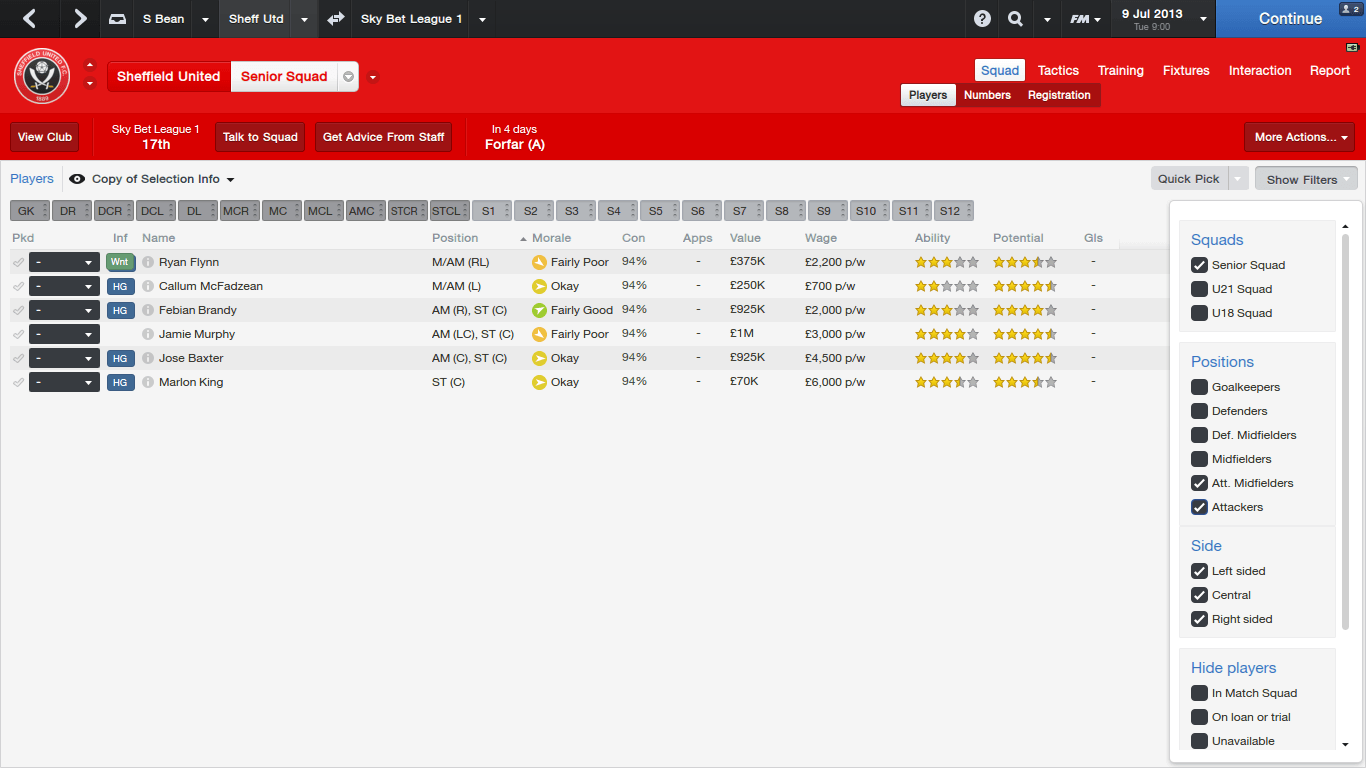 Up front is where I feel we are strongest with the experience of Marlon King and the young attacking trio of Febian Brandy, Jose Baxter and Jamie Murphy who will all be key players this season and will play a huge part.

First up is young Italian 16 year old Diego de Girolamo who can play up front, just behind and on the left. He is currently out for 2-4 months with a cruciate ligament injury but as soon as he is recovered I plan to offer him a professional contract and perhaps loan him out but has been touted a star of the future and will feature over the coming seasons.

Next is Jamie-Dean McDonagh a young English lad who can play on either side of midfield. His stats are fairly impressive for a lad at 16 and again will offer him a new contract, loan him out to aid his development and then throw him in the first team.

And finally Otis Khan (what a name) plays on the right of midfield and can also play in the centre and has really good stats. Chris Morgan has spoken very highly of him and has been sent out on loan already and will certainly feature in the Sheffield Utd first team.
Login to Quote

NVDTahir
6 years
great youth prospects there, have you turned the regen faces off?

You are reading "Sheffield Utd - Return of the King".