Since I have retired, back in 2003, I tried to do a lot of things. I tried to do television, at first I worked as a pundit for the BBC , being a regular analyst on Match of the Day until 2005, but I felt that this is not for me so I moved on.
Later I began hosting live UEFA Champions League matches on Danish television channel TV3+, alongside with Preben Elkjær and Brian Laudrup. I cannot say that I didn't enjoyed my time at TV3+ but I knew I was made to do better things.
After trying a lot of jobs, I was contacted by Discovery Channel to host the show called "Dirty jobs". This was happening in 2008. But again, you know, after being a top footballer, winning the "World's Best Goalkeeper" in 1992 and 1993, playing for Manchester United and winning the Champions League competition, winning UEFA Euro 1992 with Denmark, which is for me the biggest performance in my career, hosting "Dirty jobs" it's not for me, so again, I moved on.
Then I decided that I want to be a coach and I want to be the best of the world! This is the reason why I signed for the UEFA pro license and finally, this year, in the spring, managing to graduate it. Now I only have to wait for an offer that will satisfy me.Wish me luck!


Ohh, I almost forgot! Maybe you are wondering "Who are you?", Who am I? I am Peter Bolesław Schmeichel, Born in Copenhagen, played for Manchester United and won the UEFA Champions League trophy with them and the Euro 1992 with Denmark! What are my dreams? I dream to manage my loved club, Manchester United and to manage a nation at a World Cup! Can I fulfill my dreams? I think and believe I can! 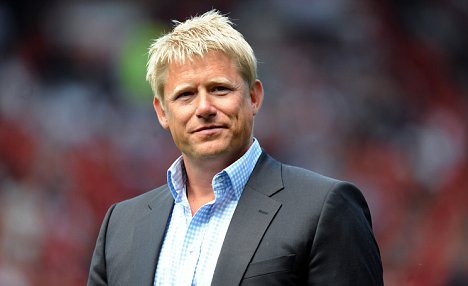 silas1231
8 years
Good Luck, will be interesting to see how you do! 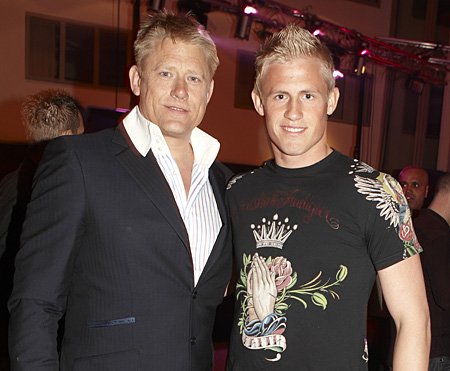 I recieved a couple of offers until now but I feel like I can manage better teams so I declined them. The offers were from the Danish team Sonderjyske and from the Norvegian team Honefoss.
One day I was enjoying the summer and the little time I can spend together with my son Kasper, who plays for Leicester and now he is in the summer brake. We were swimming and enjoying all the stuff from the aqua park when I recieved a mail:

After seein this, I asked Kasper for an advice and he said that this is great, It would be a great team to manage, because I played for this team, I love this team and the fans love me. So I answered the mail and went to the meeting.


It was a very hot summer day in Copenhagen, I was sweating of the big heat but the real reason I think were the "butterflies in my stomach" that I was heaving. It's a strange feeling, never experienced this before, not even in Champion's league final.
We drinked a cup of coffe an had a chat about my visions of football. I was realizing that it was more an interview than a meeting. I told him that I like equilibrum, I don't like attacking like crazy, but neither defending too much.It all has to be a balance. I think the meeting went well and he told me at the end to meet him tommorow at his office based in Brøndby Stadium. 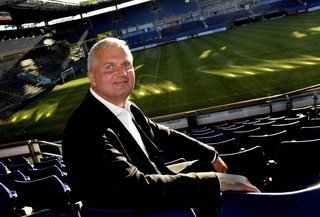 Seni
8 years
You need to sign your son!
Login to Quote

I would love to, but I can't afford him.
Login to Quote


At the second meeting I had with mister Petersen, everything went well, we only did the formal things like establishing the objective and the budget.
I was given 675.000 euro as the transfer budget and 7 mln per year payroll budget.The main objective will be to qualify for Europa League. 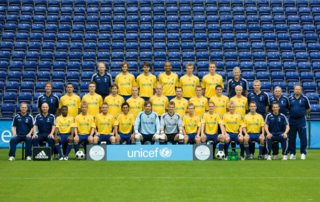 I also met the team today and had the first training session. It looks like the boys understood what I want from them and they will enjoy playing in the style I like.
I have a very young team, young players with huge potential and with 3-4 very good players added to this team we can hit the ground running! Me and my staff will probably looking after a left back, a right back, a defensive midfielder and a right wing.

Short introduction to Brondby IF

Brondby IF was founded in 1964 as an amateur club in the 6th of the 11 Danish leagues. In 1981, almost 20 eyars later, Brondby got promoted to the first league.
Brondby won it's frist league trophy in 1985, 4 years after the promotion.Since than, the club accumulated a total of 10 league titles and were 9 times the runner-up. Last time we won the league was in 2004-2005 season. the club also won 6 Dannish cup trophy.

The stadium it's called Brondby Arena and has a capacity of 29,000 (It is referred to as Vilfort Park among Brondby supporters, named after club legend Kim Vilfort).
Login to Quote

Florian Hart - the unknown, new signing of Brondby IF 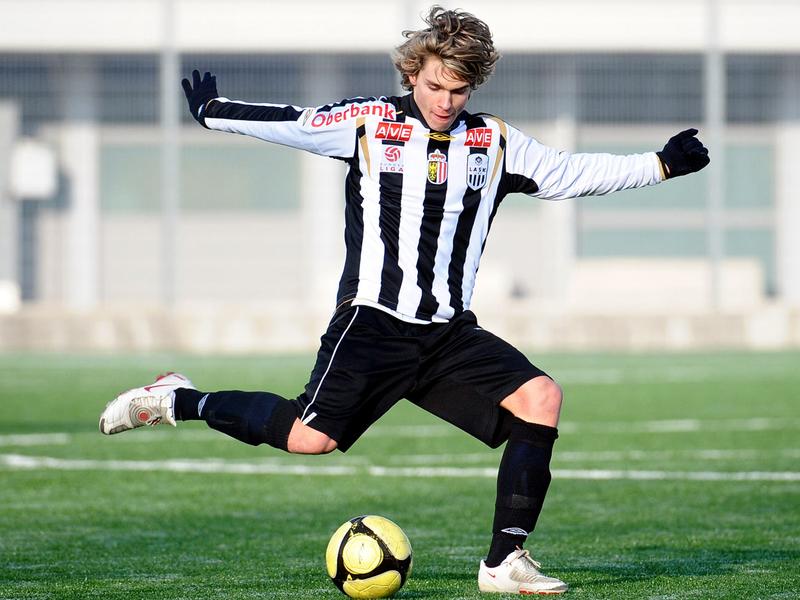 Probably, as most of our fans, you have enevr heard abut him. He is a 23 years old right back that my scouts found at the danish team SonderjyskE. He is a former LASK Linz player and he plays for the Austrian under 21 national squad. We bought him for 215 k euros from SonderjyskE.
He is a physical gifted player who defends very well and also has soem attacking abbilities.

Hart declared for the media after signing the contract: "To play for a team like Brondby, it's anyone's dream. This is a team with great history and great potential to win a lot of trophys. I am glad that I am here and I am looking to help this team in anyway I can."


I also wanted to present you the way this team will play. I created a strategy that suits the players we have at the club and I hope that they will adapt easy to the new style of play. Every player has his own personal orders, so if you want to know something, leave a comment. 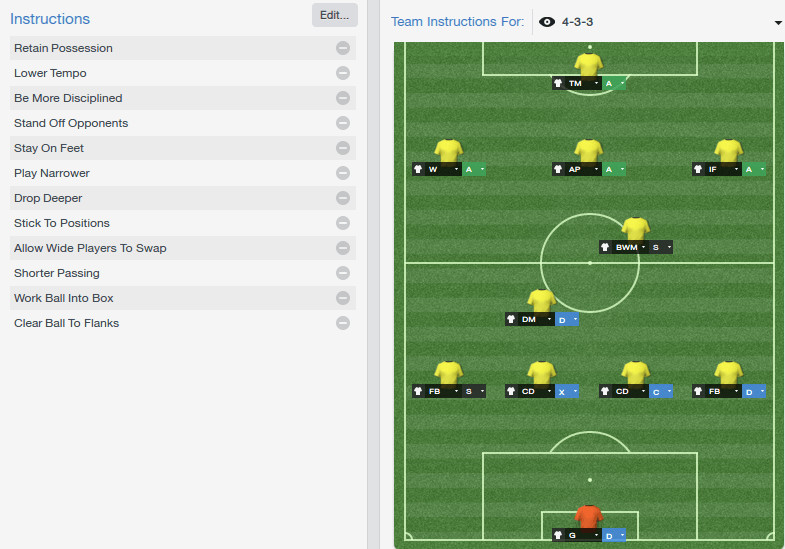 Jer
8 years
Thought he was from Udinese with that shirt. Pics from the girl ;)?
Login to Quote

Alexander Groven - another signing contestated by the supporters 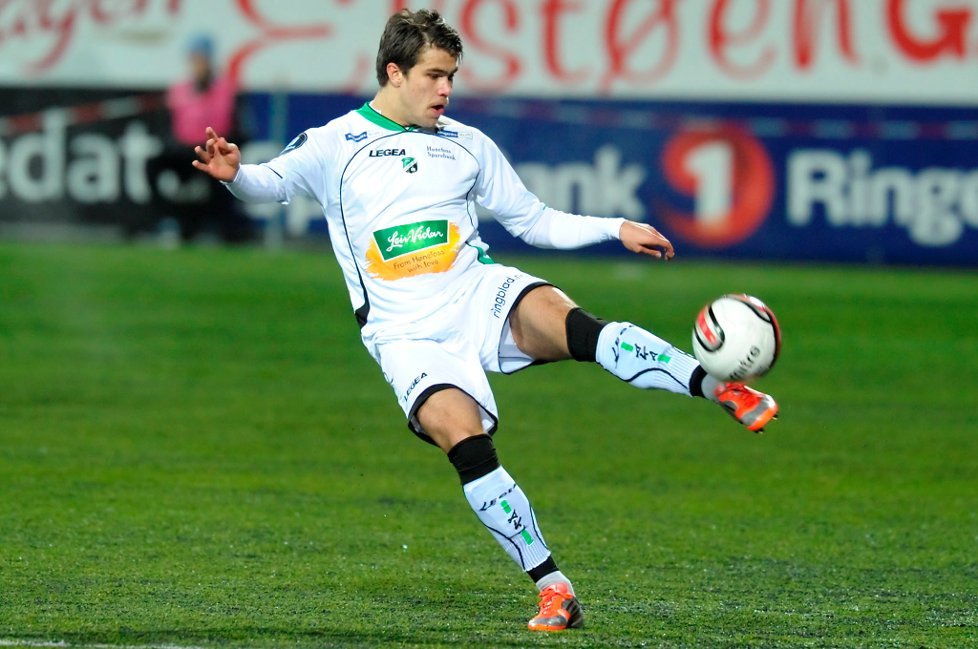 I don't really know why the fans don't trust me and my scouting team. My scouts found this player in Norway, at Hønefoss. He is a 21 years old left back, a great prospect for the future. He also plays for the u-21 Norway national squad. It was really a bargain, signing him for only 7 k euro from Hønefoss.He is a very tehnically gifted left back, very good at attacking and pretty good at defending.
At his arrival in Copenhagen, at the airport eh declared: " I am glad that I have attracted interest from such a team like Brondby. I believe that this is a step forward in my carrer, and a step forward at fulfilling my dream: playing in Serie A, Liga BBVA or Premeir League"

MVB
8 years
Peter Schmeichel was my hero growing up, so I'll be rooting for Schmikes here. G'wan Pete!
Login to Quote

Pablo Cortizo - the missing piece of the puzzle at midfield 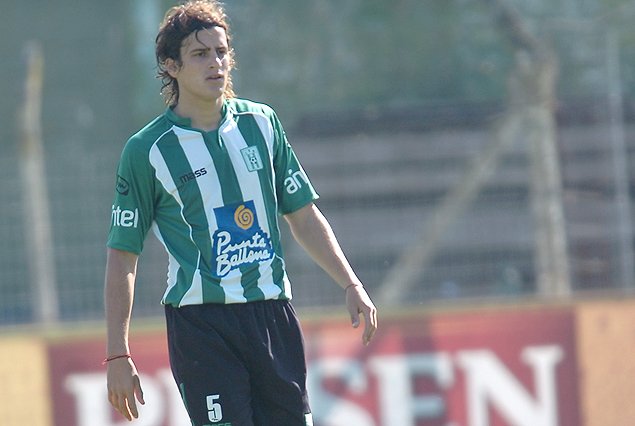 The scouting team have found this player in Finland, at FC Inter Turku. At 23 years old, he is a
very good adition to our team. We don't have a player like him at the club, he is a defensive midfielder who defends very well but also he cand be very good in attacking situations. Another bargain as the player costed us only 15 k euros.
He declared: "It's great to move from Finland to Denmark.I think it's a huge difference and I am glad to play in a stronger league. I will give the best of me for the new club and will train ahrder and harder so maybe I will attract the attention of the big clubs from Europe." 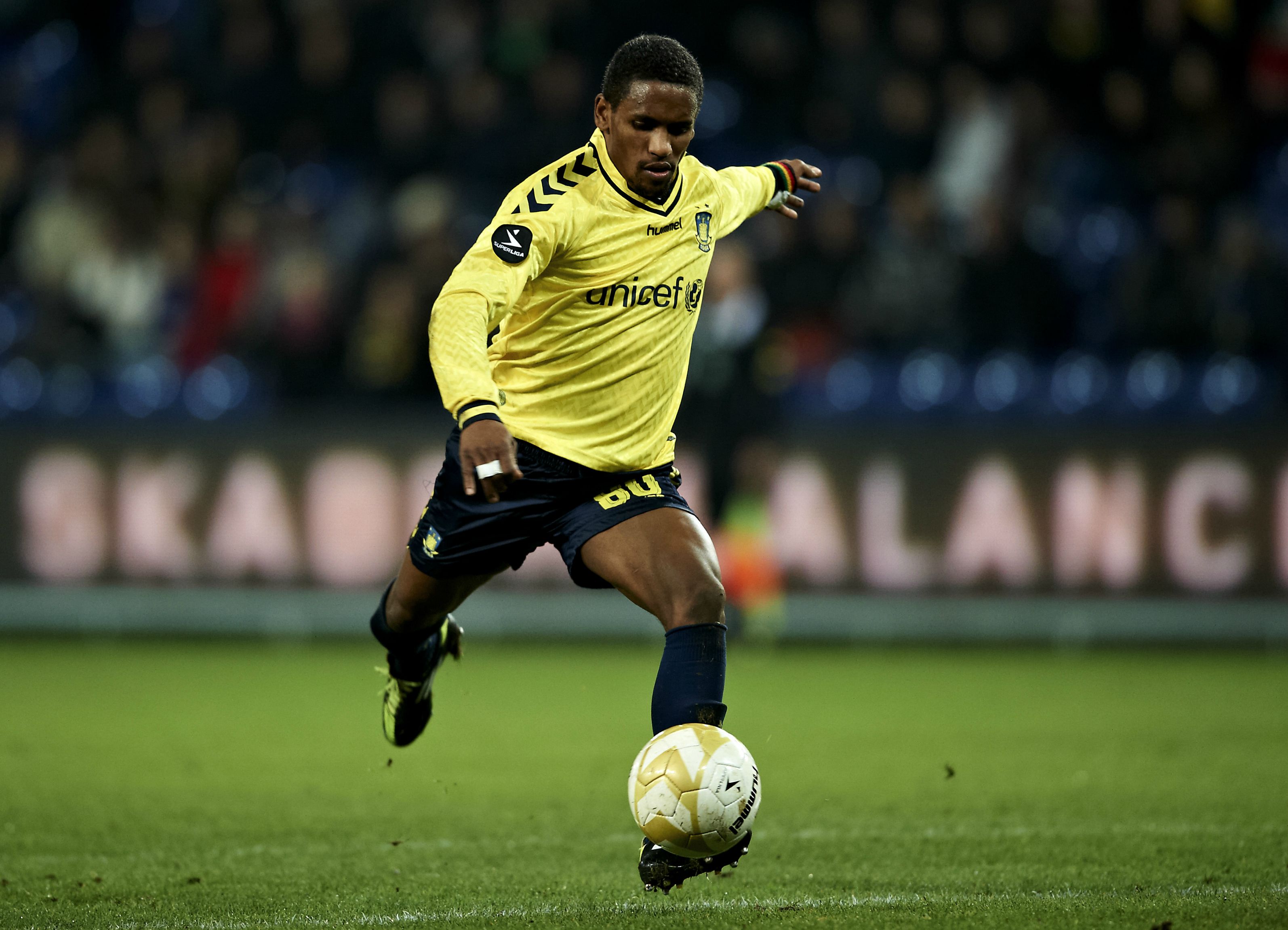 He was the first one to leave the club. I am sad to loose a player like him, he was one of teh stars of the club.A very quick striker, deadly in front of the goal. But for a team like ours, with financial problems, an offer of 1 million euros cannot be refused. This is teh fee we recieved for Antipas from Vitesse. Sadly, probably other players will leave, we need money and of course, if the player wants to leave in a better championship, you just cannot keep him by force.
Quincy declared after signing the contract with Vitesse: " It's really a dream come true! To play for such a great team in such a great league it's really something special. I also want to thank my old club for letting me go and for the help making me who I am now." 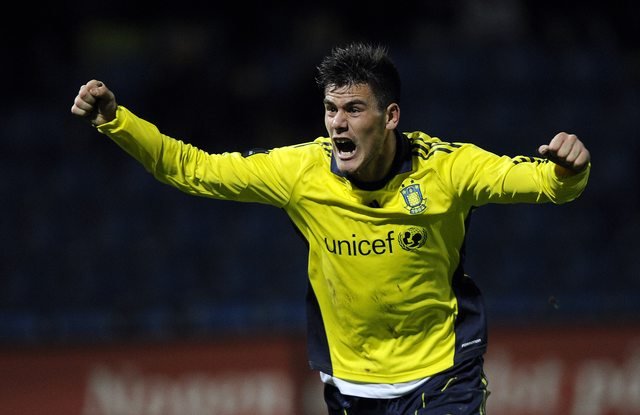 A very solid central defender that we lost, but anyway, I don't think that he would play for us, we have better defenders in the squad.We selled him for a fee of 300 k euros to Reggina and I am pleased with this deal.
Dario declared: "I am sad to leave behind a team like Brondby.I felled very well there, but it was time to move on.I hope to impress here at Reggina and maybe attract atention of the big clubs from Serie A. I would love to play at Juventus!" 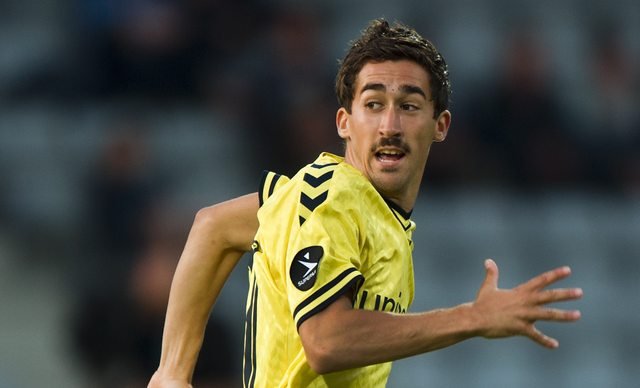 This is really a player I would love to coach. At only 18 years old he has great potential and I am sure that in a couple of years he will be a top defensive midfielder. He is considered to be one of the most talented danish players of his generation, but the offer was too good and the player really wanted to leave.I hope he is not too young to play at a higehr level. We recieved 1.5 mln euros from Frankfur for him.
The player declared: "It's great to play in Germany at such an early age! I promise I won't dissapoint and will train eve harder than before!" 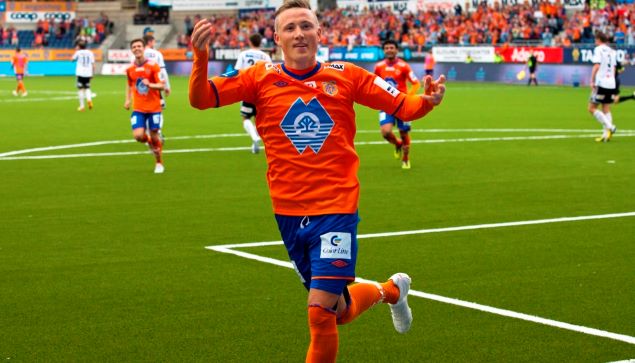 I am very glad to be able to sign Fredrik.At 21 years old he is still very young and he has huge potential. He is a complete midfielder, he can defence, he can attack, good tehnique, pace, marking, tackling...I would say that he is a kind of Essien in his great days.And it wasn't expensive at all, we paid for him 240 k euros to Aalesunds FK. 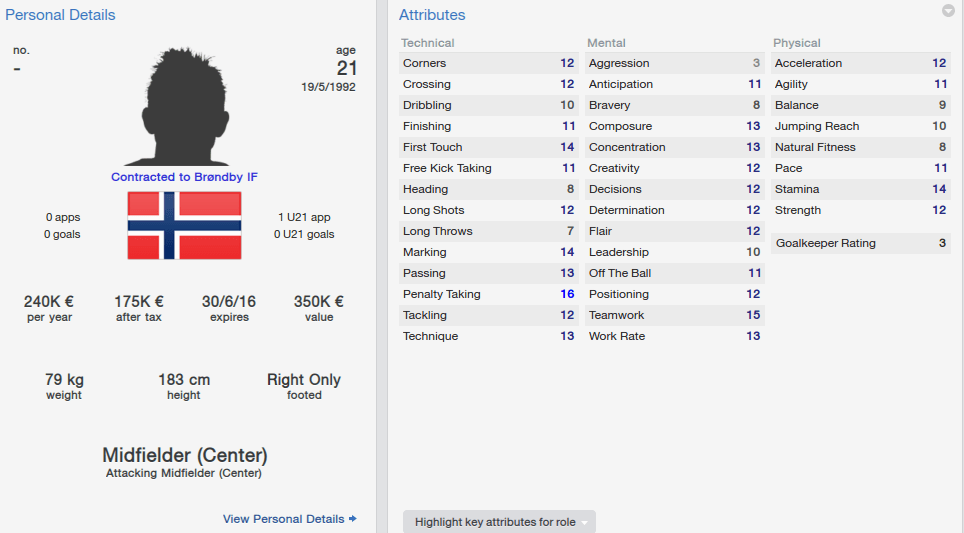 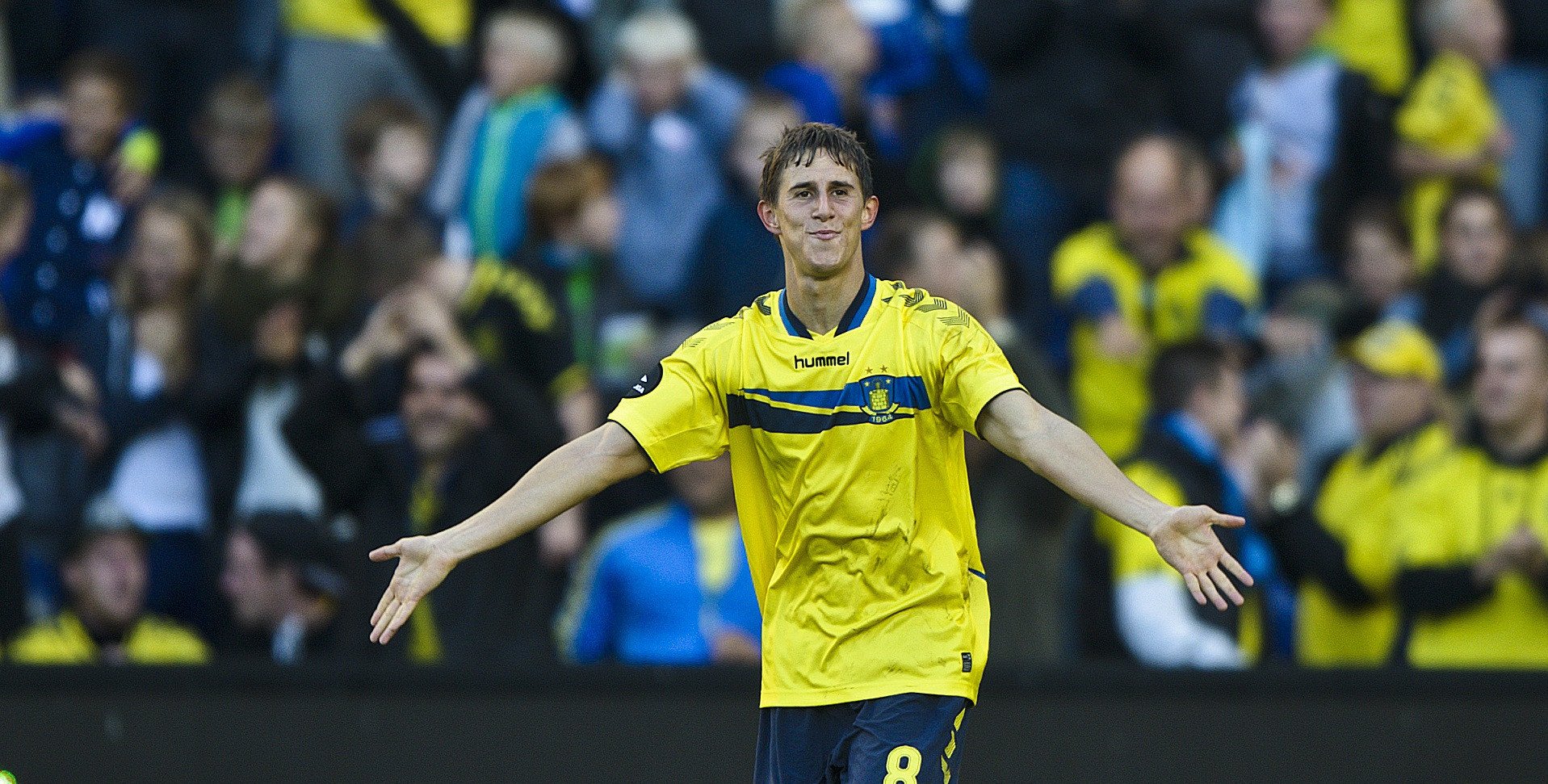 The player was already at the club when I arrived, but he was just on loan. After a few training session I decided to activate the clause and buy him because he probably is our best player. I would say yes, he was expensive, but he deserves every euro spent on him! He comes from Recreativo Huelva and he costed us 750 k euro. His best quallities are quickness and tehnique.
This was the end of the transfer activity, we don't need any other player and I am very glad with the players I have at my disposal. 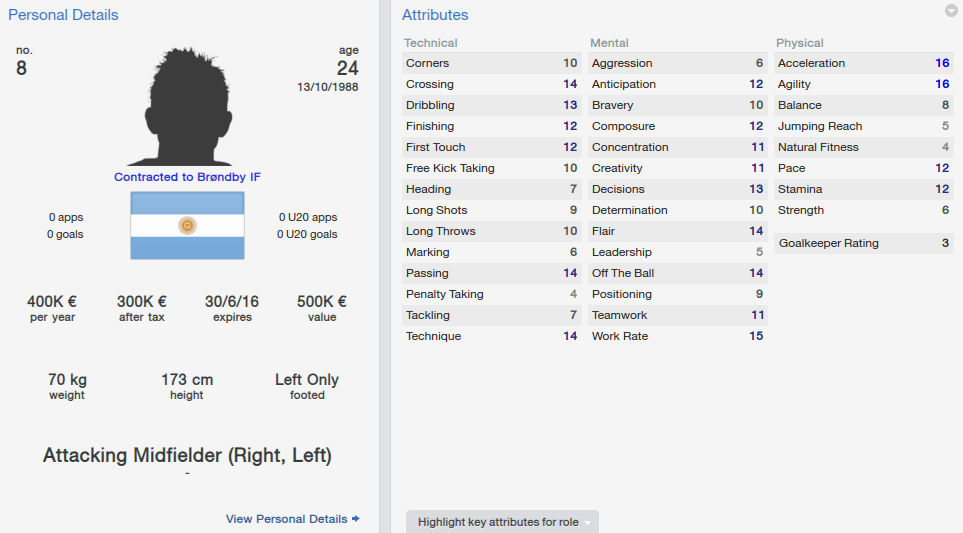 TylerK
8 years
Your signings sound pretty good to be honest, I can't help but read as a Man Utd fan.
1
Login to Quote

You are reading "A Danish Legend!".