Due to injuries and short notice, Momir Ivanovic only called up 21 players for the friendly against Norway. 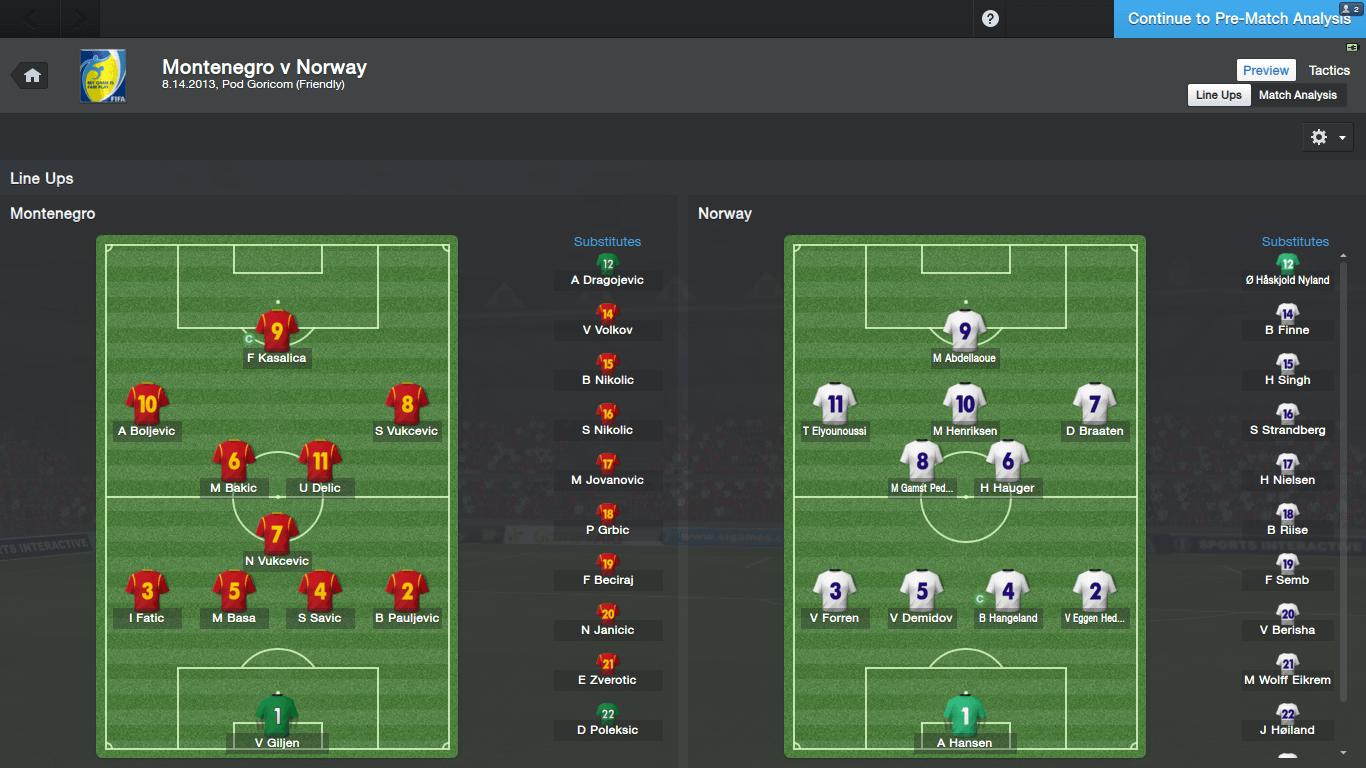 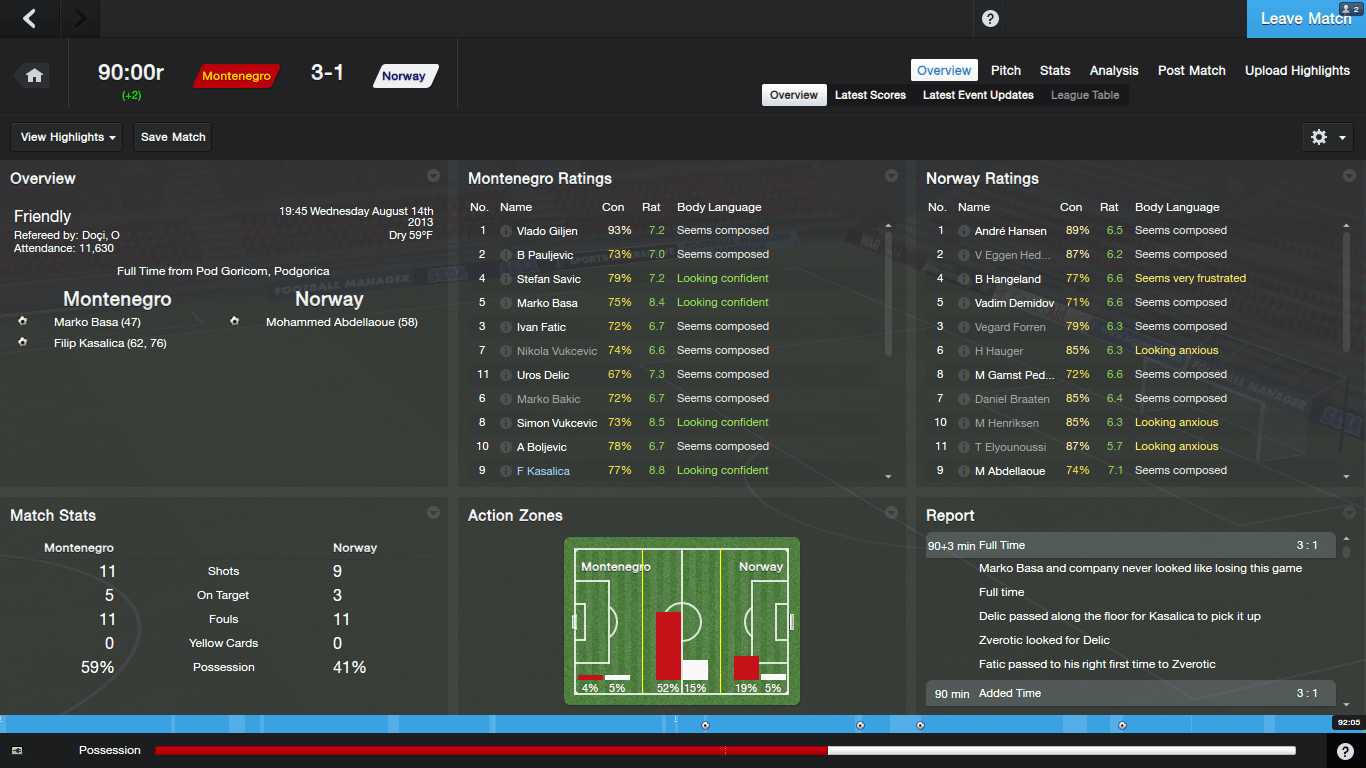 Momir Ivanovic's career as Montenegro manager got off to a very auspicious start as Filip Kasalica made his presence felt as their lone striker, scoring a brace, including a lovely direct-play goal where Kasalica had acres of space between Norway's center backs and rounded the keeper for the easy goal.
Player of the Match: Filip Kasalica (Montenegro) If anyone wants to see a screenshot of anyone just ask either of us :)

I am still getting used to my players, so I can't tell you much about them, many of them came at the assistant's behest. Milorad Pekovic was called up once again, he is a 36 year old CM/DM who plays for Hansa Rostock.
Login to Quote

This was a tremendous match, I felt distraught at the end, I mean we tried so hard to fall so painfully this match could have been what hurt us.

POTM: Onyilo the nigerian did so well I am happy I cap-tied him here

Being a international coach is hard already but when your a rookie it can be terrifying, I didn't even know that Wales scored the 2nd goal either. But well it seems like we are going to be out of the World cup unless we can win and other teams don't.

If we do not make the world cup I'm going to consider club football managing also. 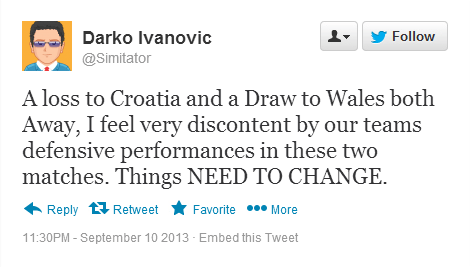 You see in this table how close and tight it is in Group 1. Belgium is onto the World cup leaving Serbia and Croatia and Wales to fight it out for a Playoff spot. If only I could have beaten one of them then I would be only 1 point from Croatia. I need to put confidence in my players I select in my next 2 WCQ matches vs Belgium and Scotland.

Wish me Luck!
Login to Quote

- Due to an injury to Simon Vukcevic, Stevan Jovetic has been called up as a replacement even though he won't be fit to play for a week. 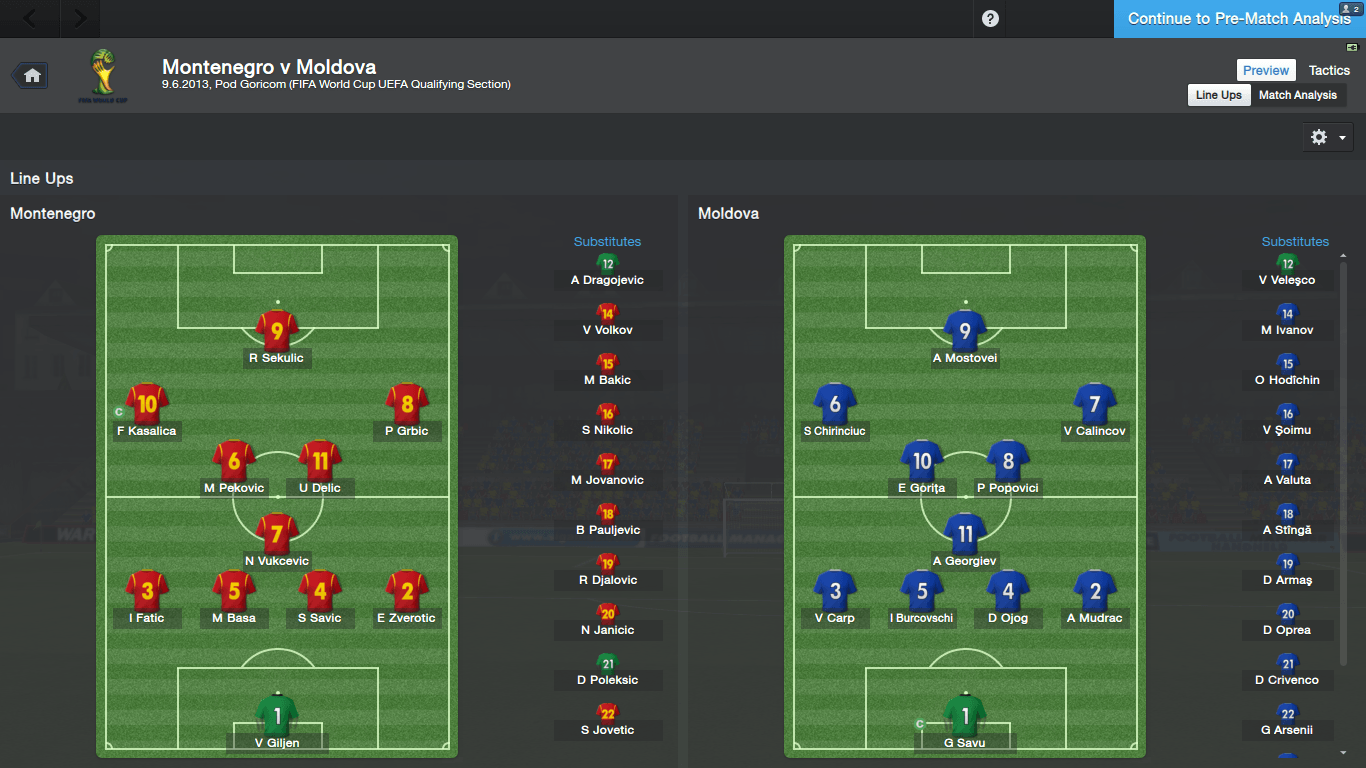 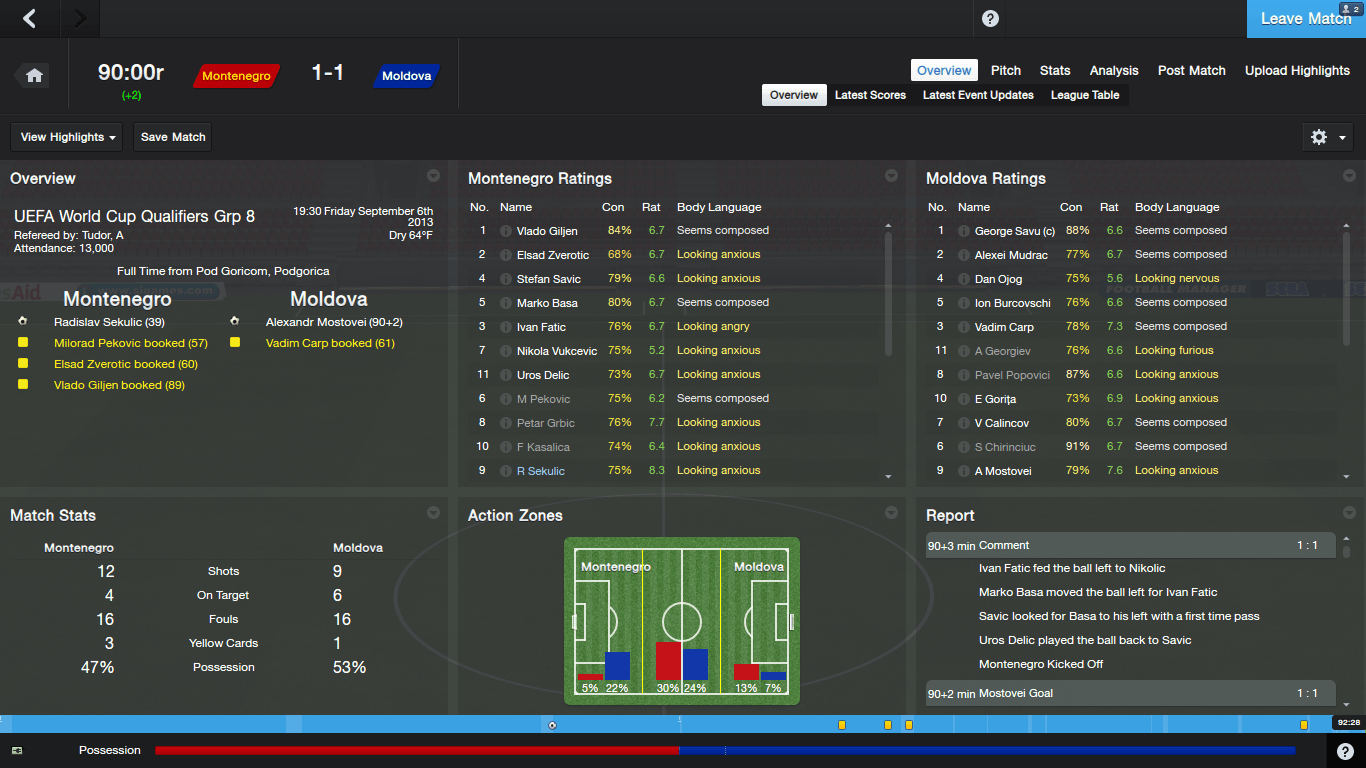 It was a tale of lobbed goalkeepers. Montenegro got the early lead that way, but couldn't expand it past 1-0 despite their efforts. Moldova almost undid them with a free kick, but it was a lob on a counterattack that did Montenegro in, and with the draw, Moldova also took themselves out.
Player of the Match: Radislav Sekulic (Montenegro) 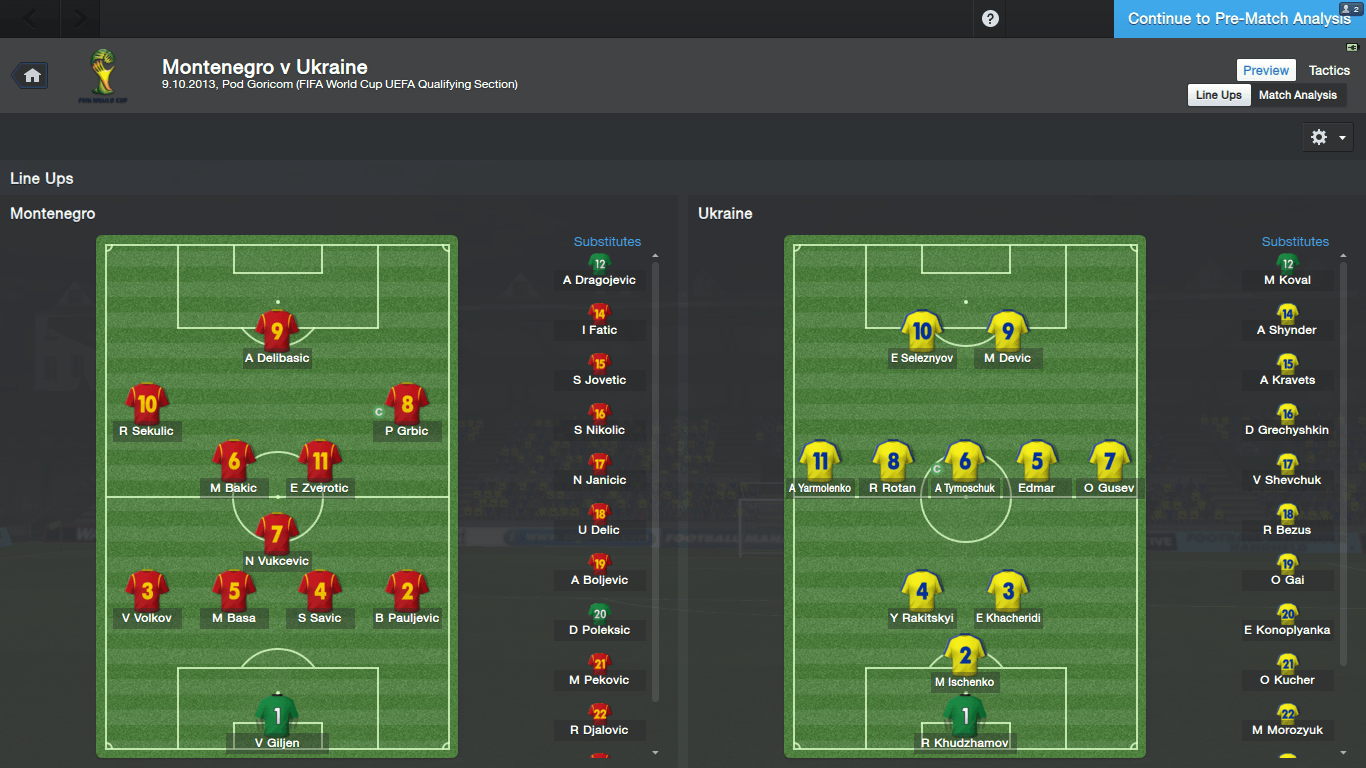 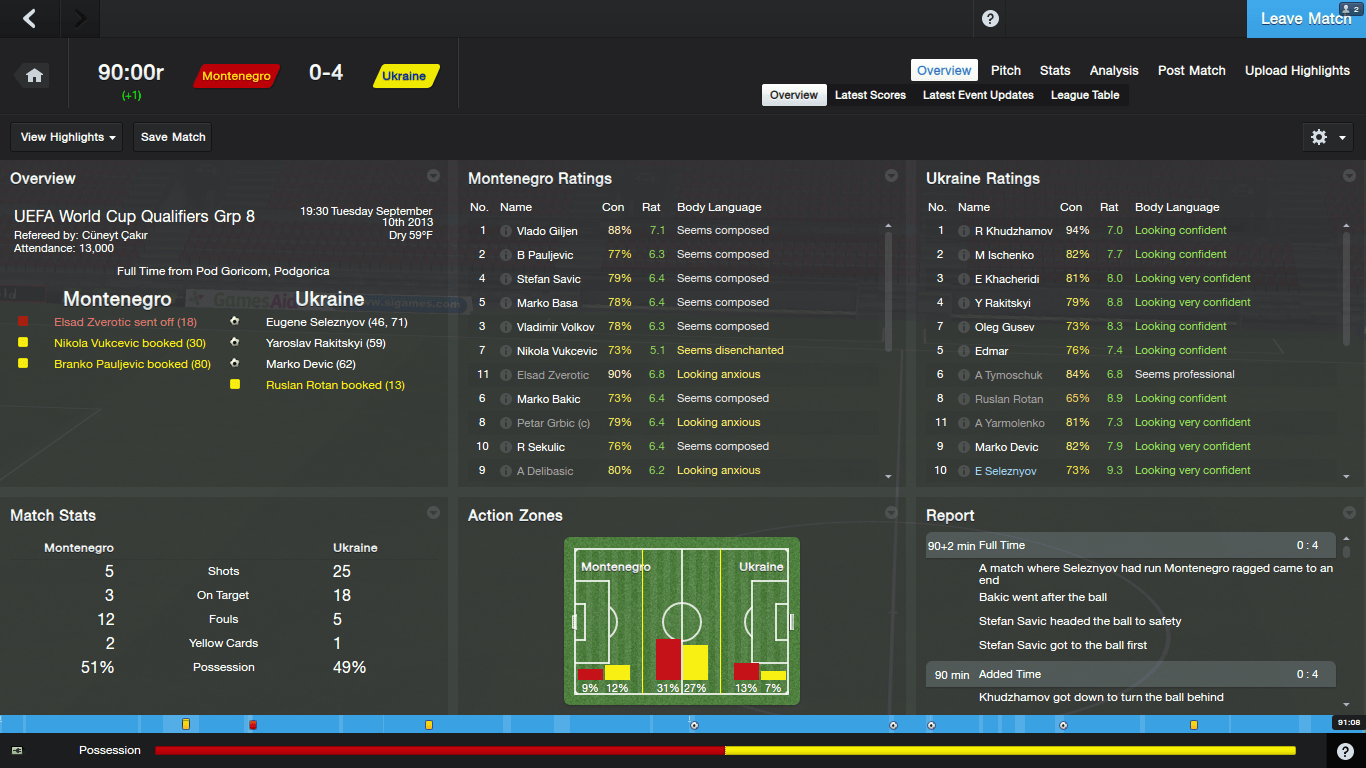 We kept it scoreless despite a red card in the first half, but then things collapsed in the second half.
Player of the Match: Eugene Selesnyov (Ukraine) JasonRM
9 years
Not a great start for either of you but I'm still loving the story idea and the tweets!

and Thanks.
Login to Quote

pompeyblue
9 years
Good start even though the results have not been too good.
Think this was a really good idea for a story 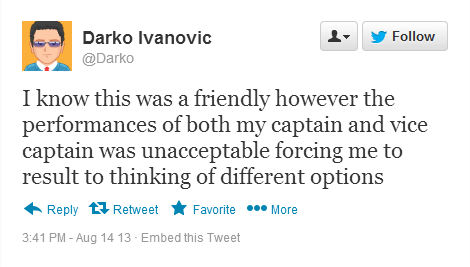 I have decisions to make fast as we don't get a 2nd friendly chance next match we have a tough one to qualify for the World cup.

ToXic
9 years
Well done, keep me up to date should be a lot of fun...
Tox
Login to Quote