We decided to go to Spain to see the match Real Madrid - Barcelona ! But unfortunately I have not got the game .. in Spain my way stop, the bus that I went was stolen. I was in Spain at the hotel for a while, I was not allowed to leave the country, I started to watch football games here, but not great teams as I wanted. I have seen many small teams, more matches.
After a period of three months, we managed to solve problems and have not been charged with anything. After much research, I was set free. I could go anytime, but I started to like football here and I wanted to get involved.
I stayed here, I rented a room. And I began to study even more football here. After several weeks, luck appeared to me.
I read a story in the newspaper. CD Puerta Bonita team were in big trouble and looking for a new personnel, leadership looking for something new.
I decided to go up there for some talk.
Login to Quote

Firefly
6 years
Nice opening. Looking forward to seeing where you take this :).
Login to Quote

Rablador
6 years
Never even heard of Puerta Bonita before, so this should be fun...good luck

Arriving at Puerta Bonita, I asked to speak with management.
It was a lot of people there, many wanted to be part of the new project team or as scout or coach, assistant .. or any other thing.
I arrived in the office of President Manuel Campa Valle , this was also the director Jose Antonio. First I had a short story about the history of the team.

Manuel Club Deportivo Puerta Bonita is a Spanish football club based in Carabanchel , city of Madrid, in the autonomous community namesake . Founded in 1942 it plays in Segunda División B - Group 2 , holding home games at Antiguo Canódromo of Carabanchel , Which has a capacity of 4,000 Spectators .
Puerta Bonita WAS founded in 1942 , being one of the oldest clubs in the city of Madrid. In the 1989-90 season it made ​​STI debuts in the fourth division

Catalin Interesting , is a team with history in Madrid, but unfortunately is at a low level . I will try to do what I can , if I get a job here. I will try to team up as above.

Manuel What do you think you recommend? What did better than those who wait outside ?

Catalin I'm young and have ambition, some new ideas , I will look for many players who could help the team. I am responsible .

Manuel What is your philosophy of play ?

Manuel Interesting , I'll keep in mind . You can leave me your number and I will contact you shortly.

It's been a long week and I got the call waiting.

Manuel You were accepted for the position of Head Coach of the team. You wait at the stadium in the next two days, to be presented team and those in leadership.

Catalin I'll be there!

We arrived at the stadium was a great feeling for me! The team arrived before me, and were already talking between players.
I got there and I was introduced to those personnel, and it remains to see how to modify it. 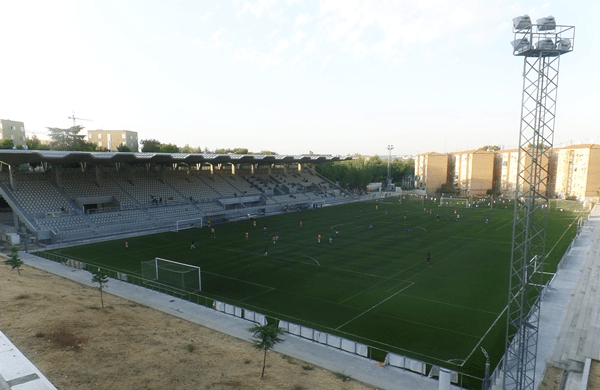 I had my first conversation with the team.

Follow weeks of adjustment. I'll see what I can arrange friendlies.
Login to Quote

Slid3Tackle
6 years
A couple of good updates so far, looking forward to this
Login to Quote


We managed to organize three friendlies to see how it goes the team.
I managed to get three players who were free, I had long talk with her​​, but agreed to come although they had better deals. 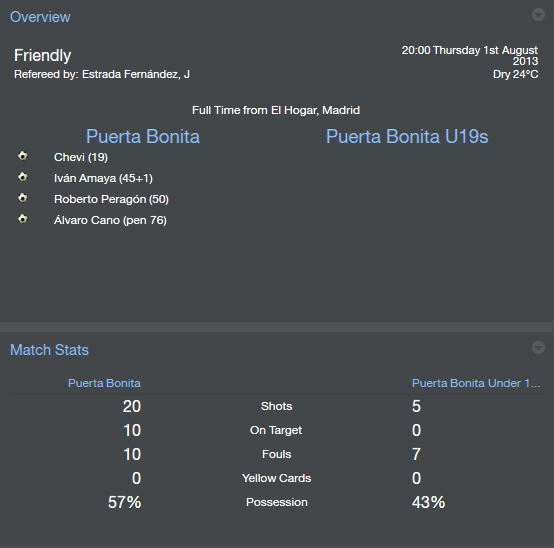 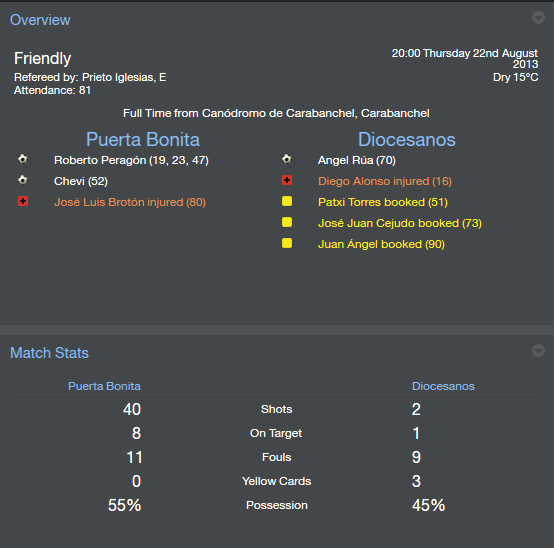 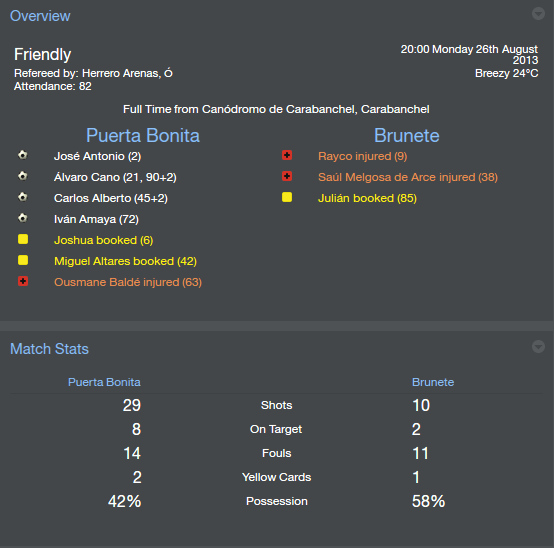 I am happy with how the team played friendly matches. I hope that those coming to the team to integrate well.

A short presentation of the new.

A young player who has good qualities quite physically sit very well. I hope not to be disappointed by him, it's good that he can handle multiple positions on the team.

A strong player, a quarterback that sure I can count.

A good player has good qualities, I hope to succeed in a team.

Slid3Tackle
6 years
Very good results and transfers! keep it up!
Login to Quote

Aaron
6 years
A nice start mate, who made that banner? tenner it was AAN? that legend makes great banners!
1
Login to Quote

He passed the first month.

A special month for me, I found a team that can work. The team played very well, the game was fun and I managed to scored many goals.
This month was pretty good, I hope I do not end here this time. I'm glad I managed to sign with Puerta Bonita, are proud of it. 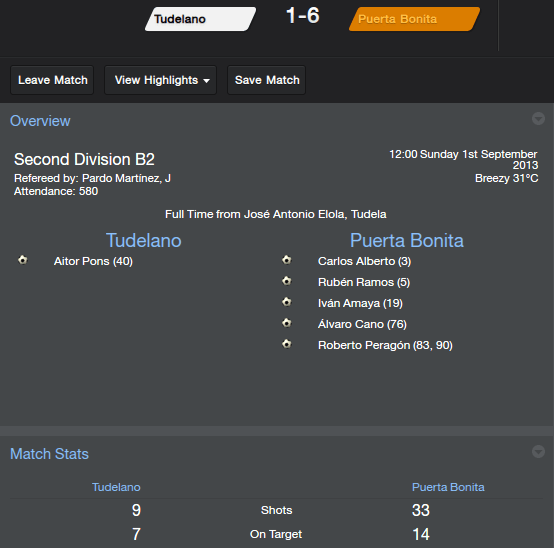 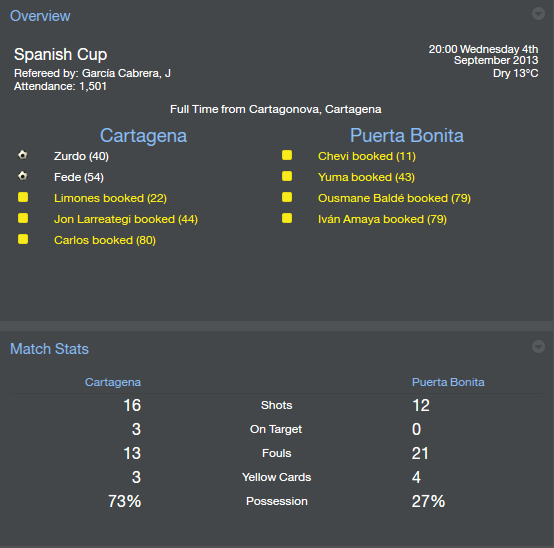 Ramos was the best player of the month managed to score 5 times and 2 times assists .

The best goal of the month

It was a good month, I managed five major victories! I hope the team go as well in the future.
Months will be difficult, and you have to work hard guys!
Login to Quote

It's been two months and the season.


It was a good month, but quite tiring. Appeared first defeat in the league. I hope the team to recover, following similar heavy. They appeared first injury, and unfortunately are lasting. 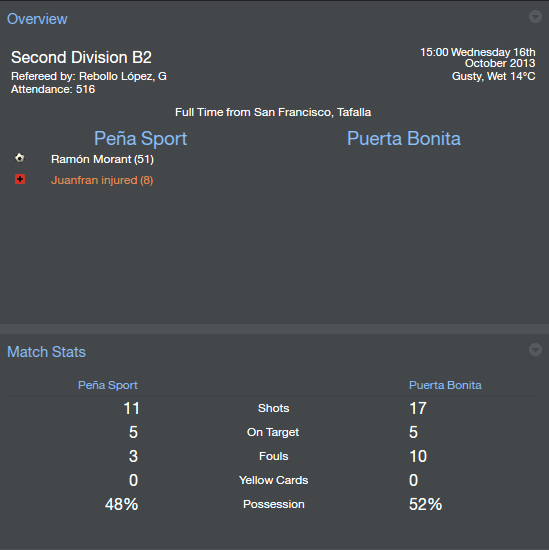 I did the best matches I made ​​2 draws from stupid, 2 penalties.I'm a little disappointed because not attack those marks, I will try to get another striker, I hope to succeed.
I want the team to recover, and to reappear good results.
Login to Quote

You are reading "Spain my salvation !".