Hello! I've decided to do some experiments on FM14 with certain clubs going to certain leagues or seeing how certain players do, etc. I'll post the first one I'm doing VERY soon, so watch out for that.

Mods, should this be somewhere else? If so, move it. I'm fine with it :)
Login to Quote

Barcelona. Kings of Europe until recently, but still Kings of Spain, and in La Liga, only one other team contests them for the title. However, I've put them in the Premier League, where teams such as Mancester City, Chelsea, Arsenal and Manchester United (lol!) fight for the title, as well as outsiders like Tottenham Hotspur and Liverpool.

This experiment is going to see how Barcelona fare in the Premier League with these big sides for five seasons. Who they may sign, how they do in the cups, the new managers. Everything. Keep an eye out for the first season update which should be up later today.


Feel free to have a guess at where Barcelona will place in the final season!
Login to Quote 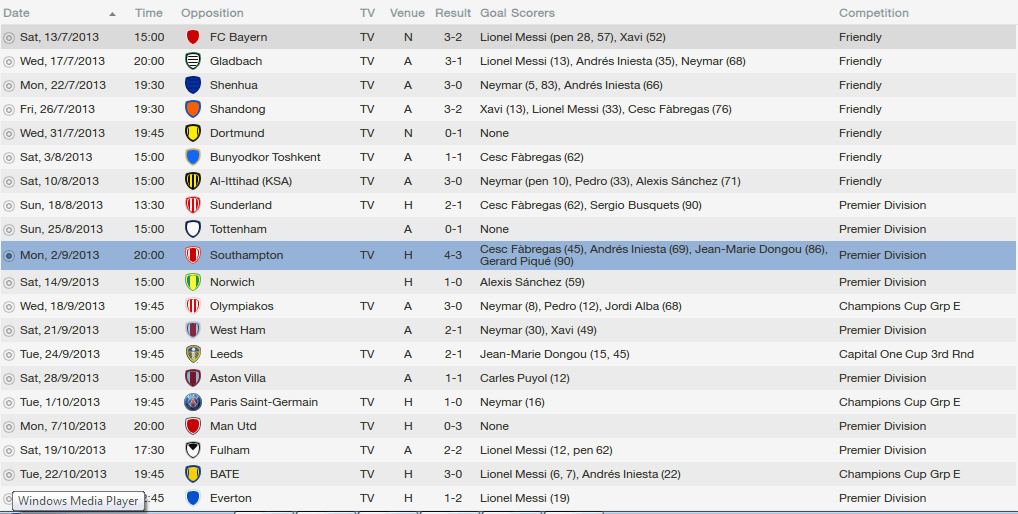 Overall, not the best of seasons for Barcelona, but some more signings and they'll be right up there challenging for the title. A great win in the Capital One Cup, however, has given Barca their first English trophy at the first possible time.
Login to Quote

TylerK
8 years
This seems like a cool idea!
Login to Quote


It's interesting to see how Barca do, isn't it?


Thanks, I hope this lasts a long time!
Login to Quote

Good idea, it'll be interesting to see where it goes from here!
Login to Quote

A much, MUCH better season for Barca, they've adjusted to life in England and, while not winning any other trophies, lifted the Premier League trophy! Not the best transfers possible, but they already had the squad to go far.
Login to Quote

BeanyUnited
8 years
Good and interesting story idea! What teams will you do next after the Barca story runs out?
Login to Quote