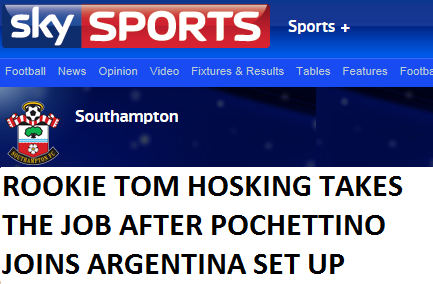 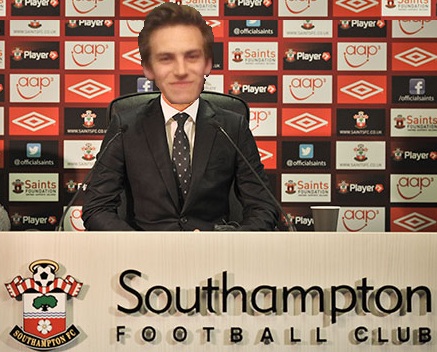 Southampton today have announced Tom Hosking as their new
manager following Mauricio Pochettino’s decision to leave
the post to take the Vacant Argentina job.
Southampton chairman Nicola Cortese today said in the press
conference.
‘It is unfortunate Mauricio has left, he & the team played some
great stuff at the back end of last season & we were all hopeful
of a strong season after the players Mauricio brought in, I can
totally understand his decision to take the reins of his
national team, it is a once in a lifetime honour, we wish him
all the best but look forward to a new chapter in the club's
history now with Tom.'
New boss Hosking stated that he was very excited about taking on
his new job.
‘Southampton’s style of football over the last couple of seasons
was a main factor in me wanting to take the job, there is a great
set of players here from last year as well as a couple of fresh
faces the previous manager brought in, I cannot wait to get stuck
in to the job, It is a club looking to build for the future,
It's youth system is one of the best in Europe & we hope to
take the club on to the next level.'
Login to Quote

You are reading "The Saints Are Coming".