What is this story about

This story will be my rise using the World league database downloaded on Steam. The aim will be to take FM Scout, a team i created, to the top of the world leagues.

Database changes i have made

In the database i have changed:


What is the World League database

The World League database is where all the top teams in the world are combined into 22 different leagues from the FIFA World Premier League to the World Development League. I will be starting from the league one up from bottom so it will be a magnificent climb and journey throughout the leagues, battling many opponents of world football.

Thanks for reading and i will update tomorrow with Tactics, Important first team players and Friendlies.
Login to Quote

As the manager of FM Scout i first decided to create some tactics to use in the forthcoming friendlies and season which revolve around wing play and keeping the ball. So I decided not to use the regular 4-4-2 or the 4-2-3-1 but a 3-5-2 formation to control the midfield home or away. 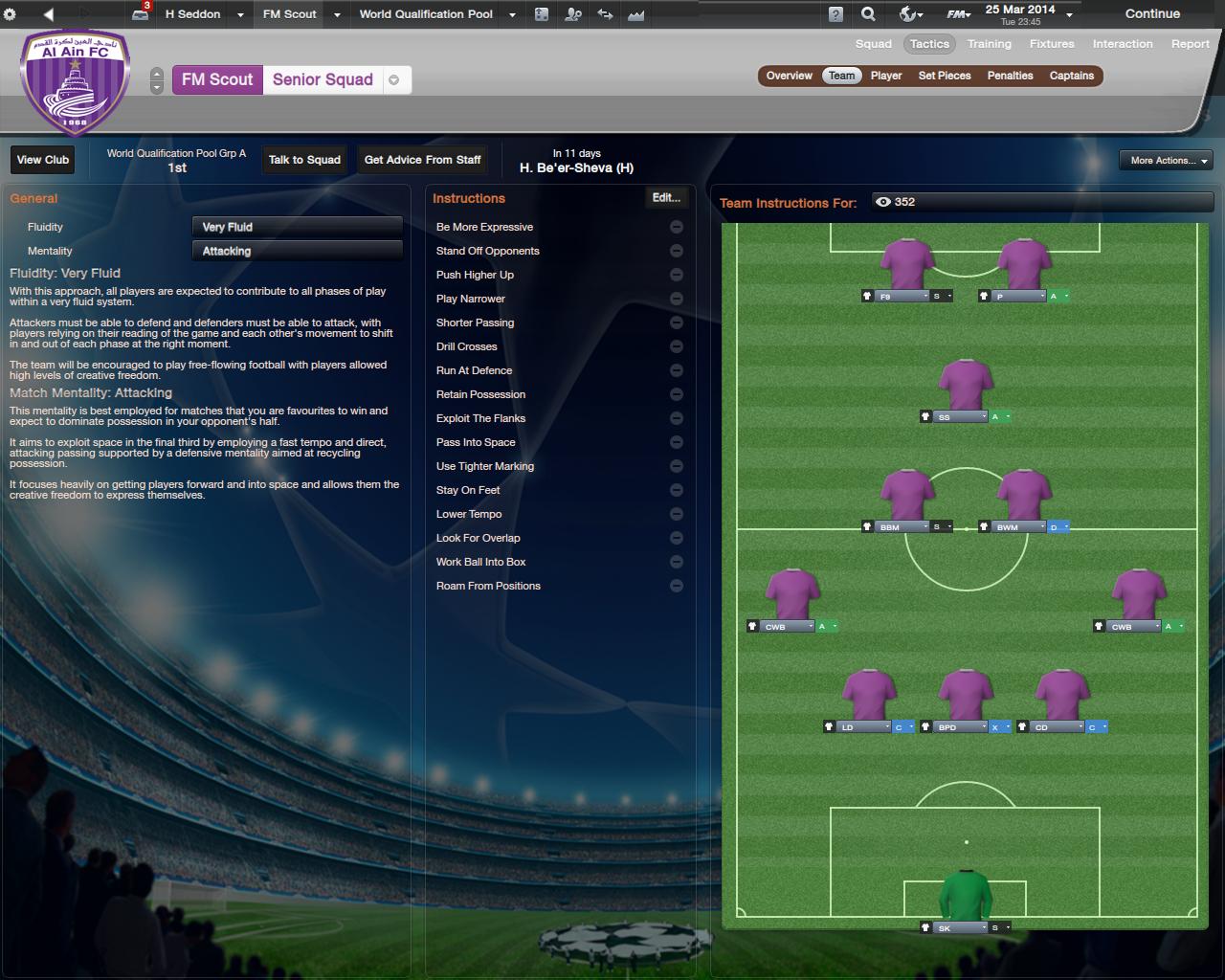 The front 3 positions will hopefully score most of the goals and I wouldn't be surprised if the Complete wing backs sometimes contributed to the score sheet.

So after my first day in charge i evaluated the squad i was given which was no players. Luckily though the first team was full of people with great ability and potential on non-contracts and they look very good for this season and any upcoming seasons too.

Connor Sealey
Sealey will be my number 1 centre back for the upcoming season with plenty room to develop into a top player. He already has good Tackling and Strength stats with ok Heading and Jumping Reach. 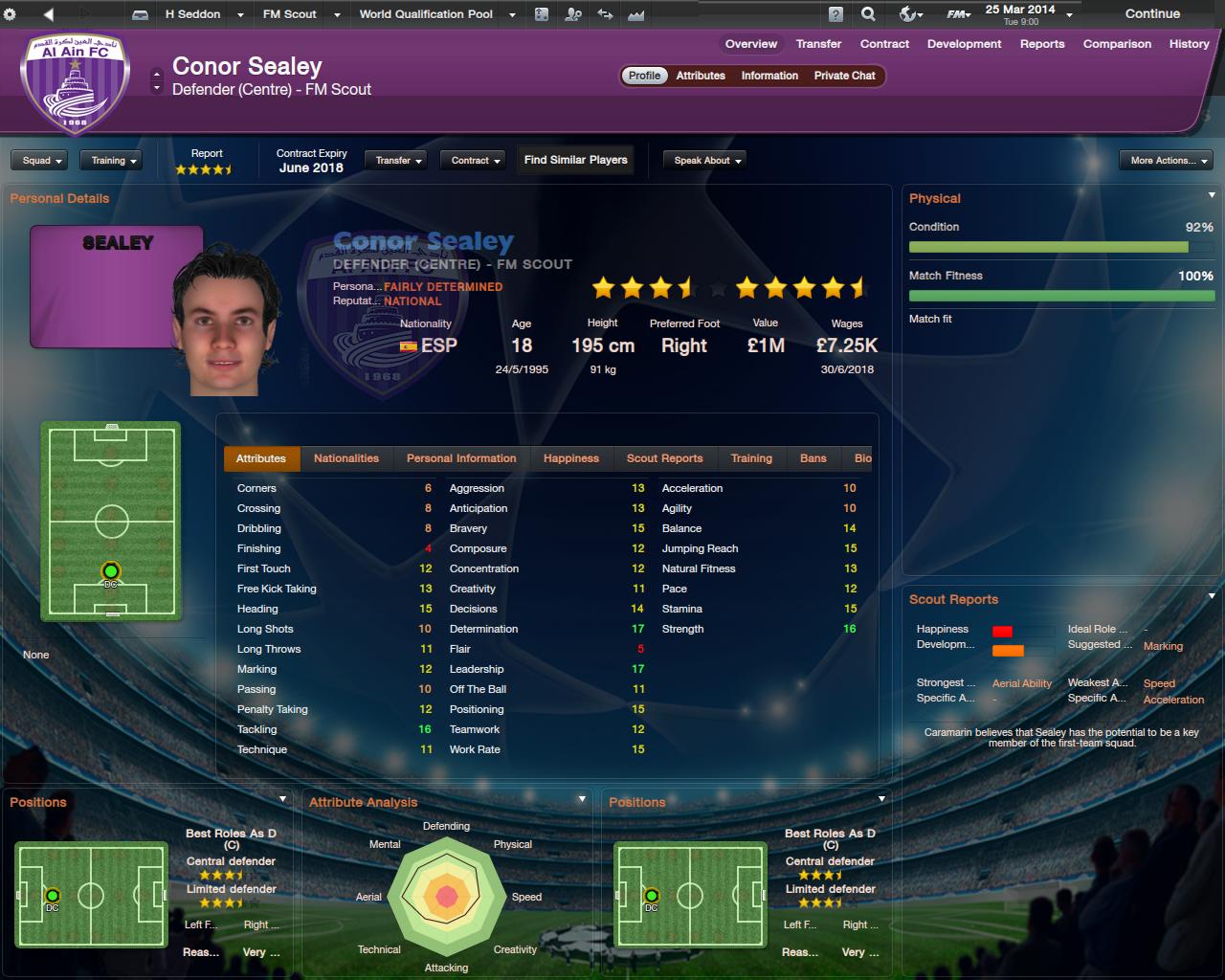 Mick Abraham
Abraham is my number 1 AMC who also has plenty room to develop. At the age of 18 he already has very good mental stats and good technical stats to control the ball. 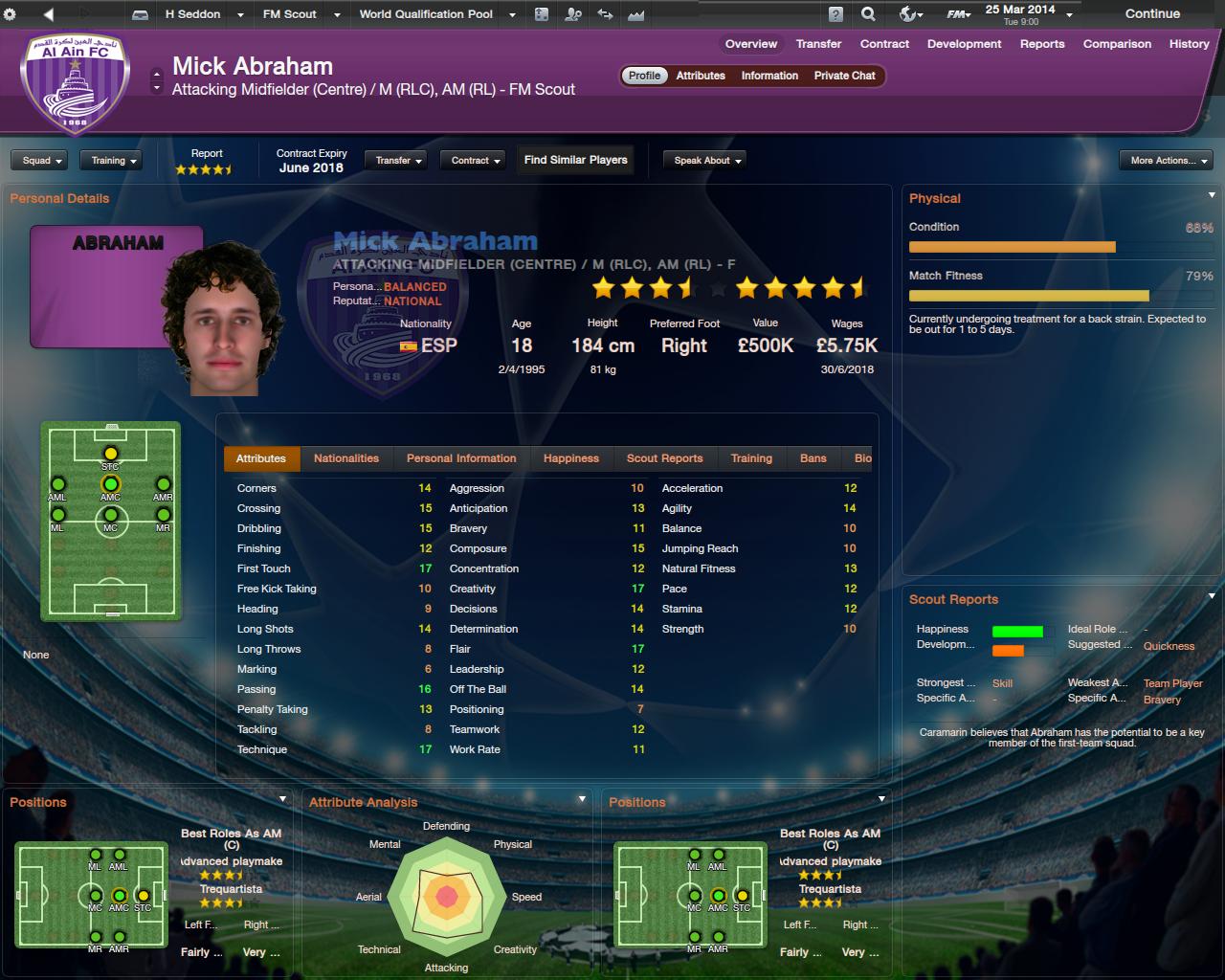 Shane Dickinson
Shane Dickinson will be my first choice striker and i will be looking to bring in a sidekick of his before the season starts. He is a well rounded player will no outstanding stats but he does have good Finishing and Acceleration. 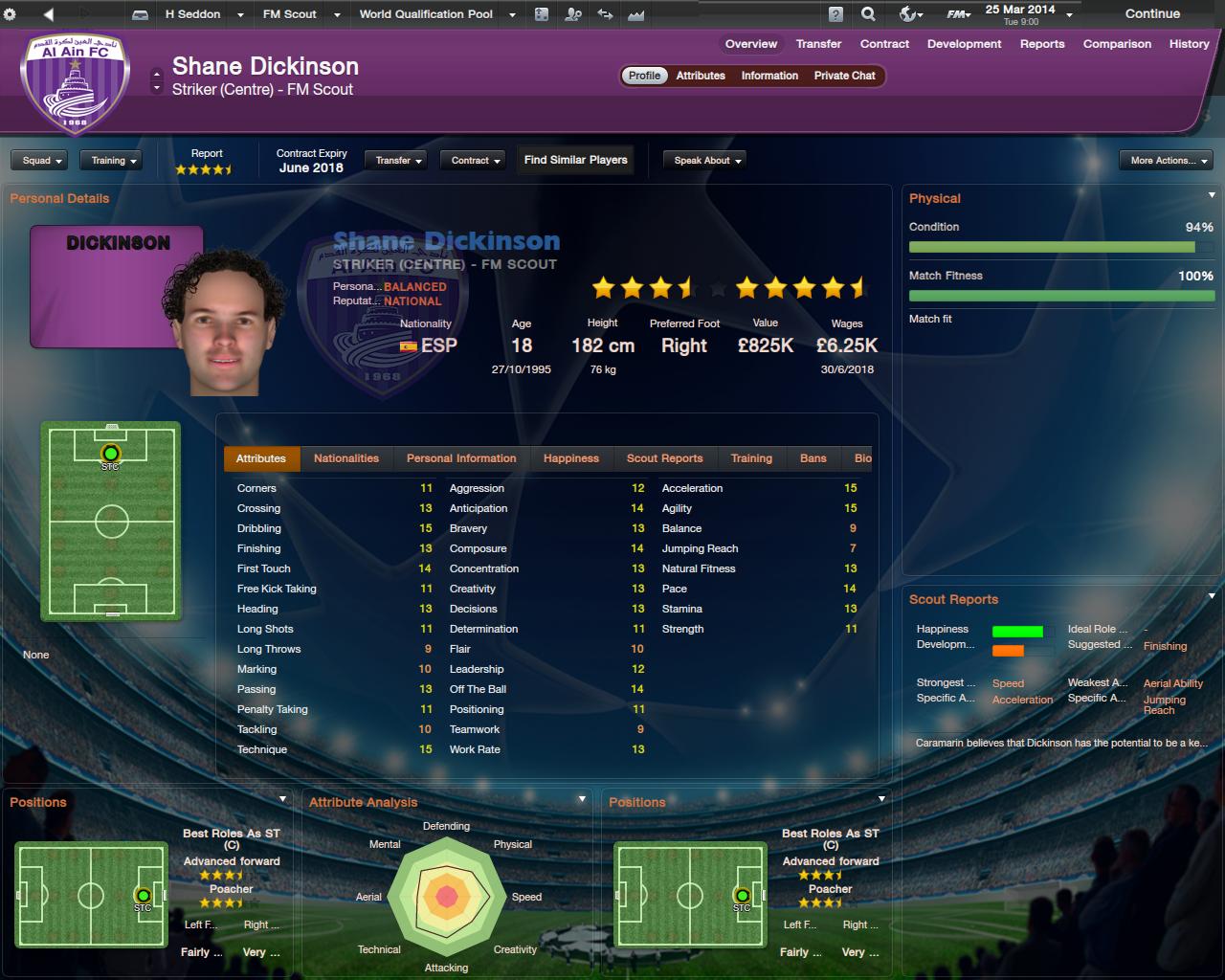 That will be all for now, Adios!
Login to Quote

You are reading "FM Scout- The Ascent".