So, I've had a lot of trouble scoring on chances as I guess you've all tried. Generating chances is *not* at all a problem, which is why I think SI just made it harder for strikers to score. That fact annoyed me for the longest time, but now I flipped it on SI and the ME.

Basically so far the only goals scored on it comes from corners, free kicks and penalties. VERY few are scored during regular play. This tactic is VERY RIGID and CONTAIN.

I use the same tactic home and away and I win a lot of games 1-0 or 2-0. If I concede I rarely open up, because generating more chances is unlikely to help you. The ME dictates that not conceding is way, WAY better than generating a lot of chances. Don't worry if they generate a lot of chances. I promise you, they won't score in regular play.

It uses Route One or Direct passing and target man. As Lukaku is good in heading I wen't Route One first season. He won't score much, but don't worry. You don't need many goals. A lot of your goals will come from defenders as well.

As the main threat against you is from corners and free kicks you need defenders with high heading.

I've only tried it with Everton and the 1st season I just set out to qual for Chl which I did by ending up 4th. I bought Tom Ince, Blaise Matuidi, Honda, Rugani, Lucas Romero and Kurt Zouma. I paid very little up front and payed monthly installments. When negoitiating contracts I offered 50 pct. sell on fee to allow a much lower weekly pay.
Out the door went Heitinga, Osman, Naismith, Pienaar, Jelavic, Vellios, Hibbert and Distin.

Here are some of the typical results: 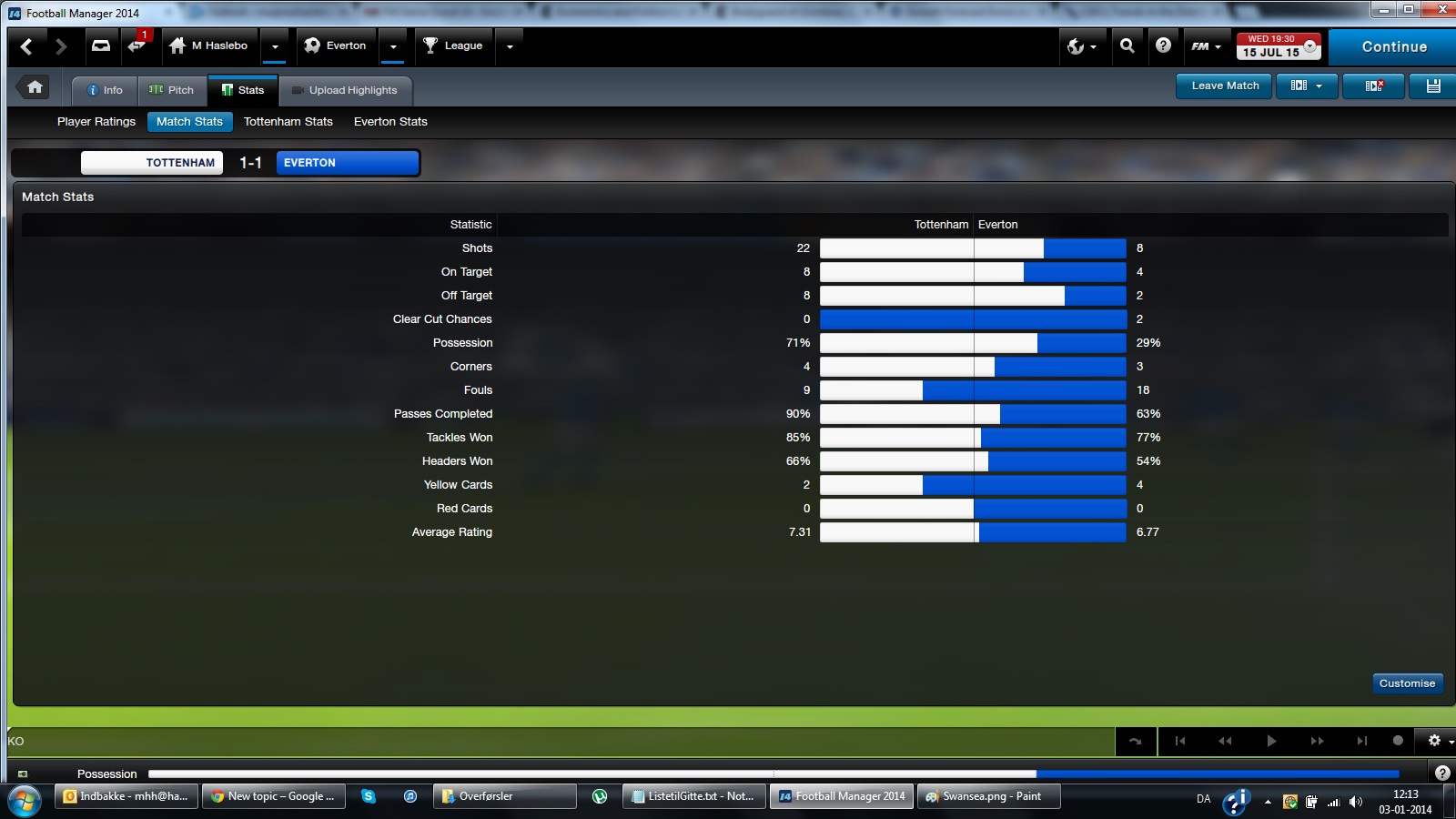 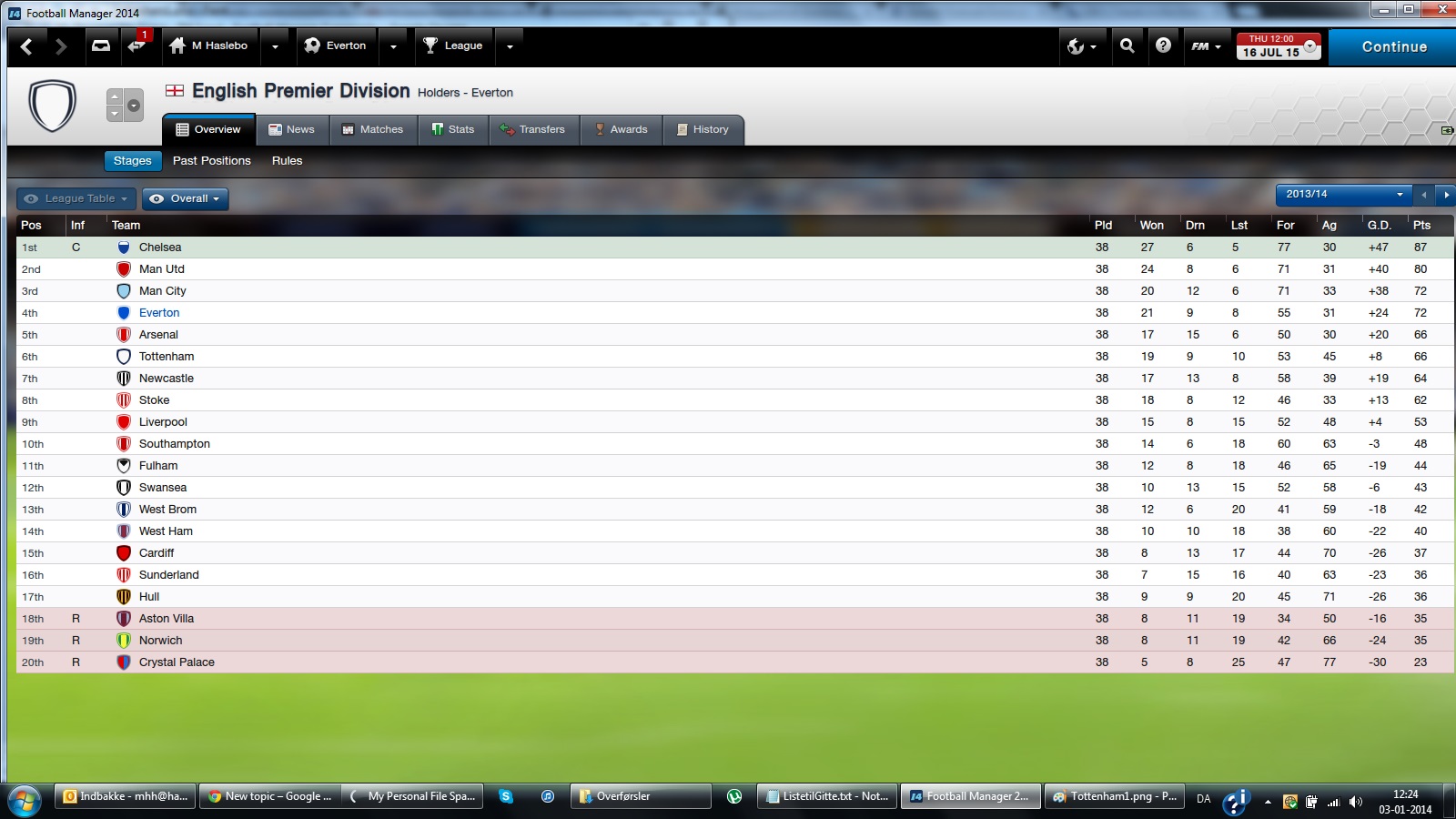 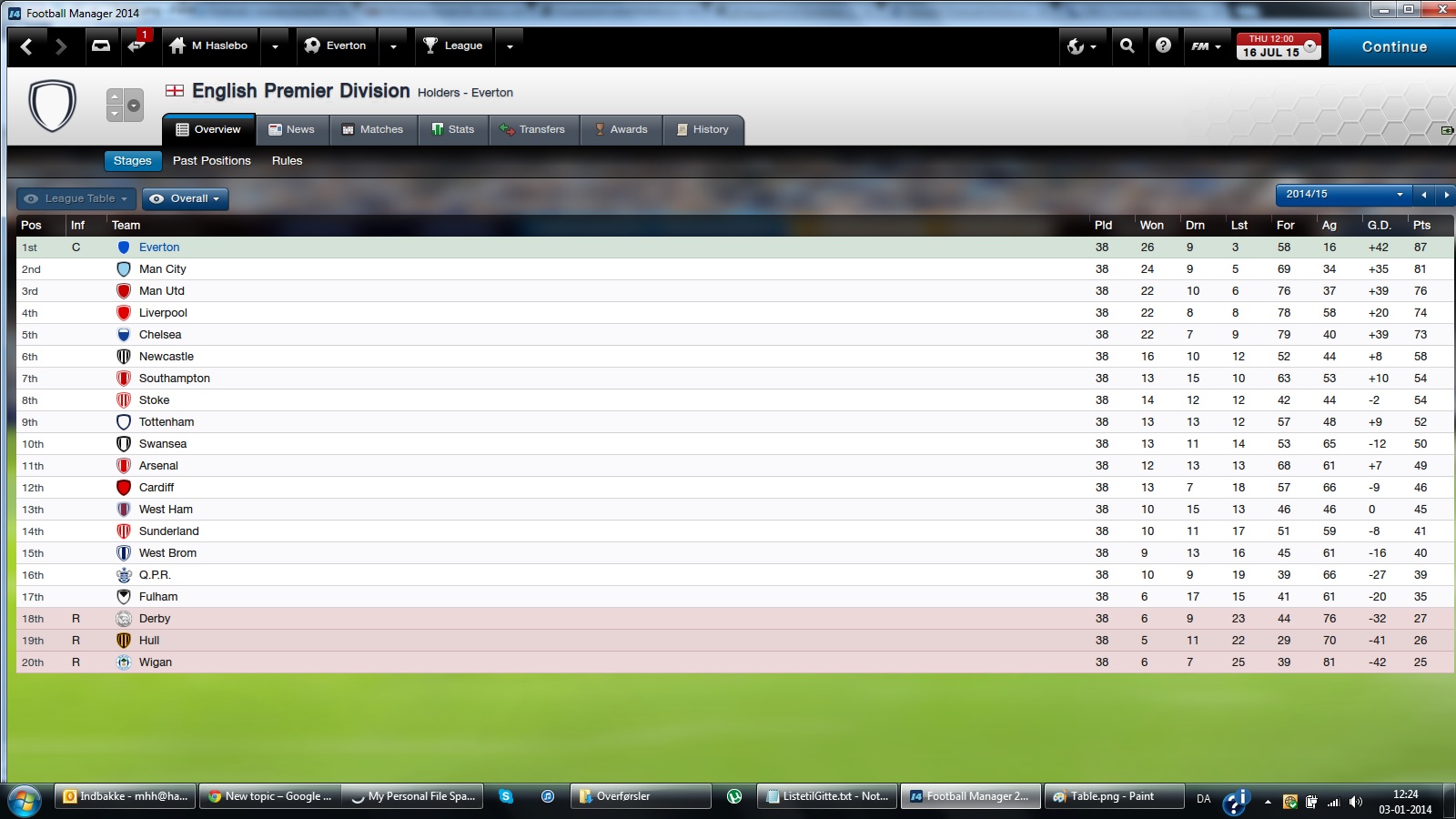 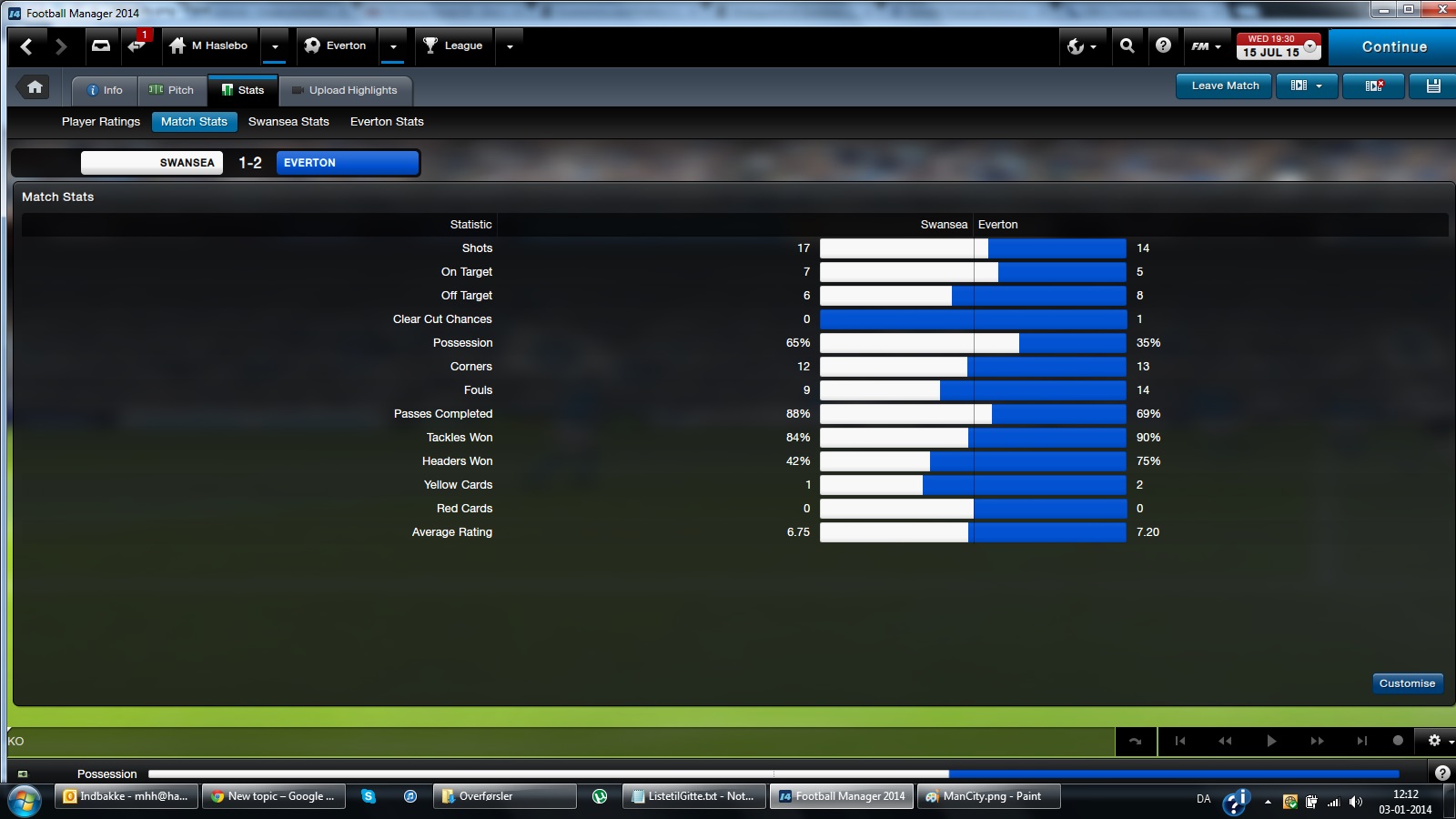 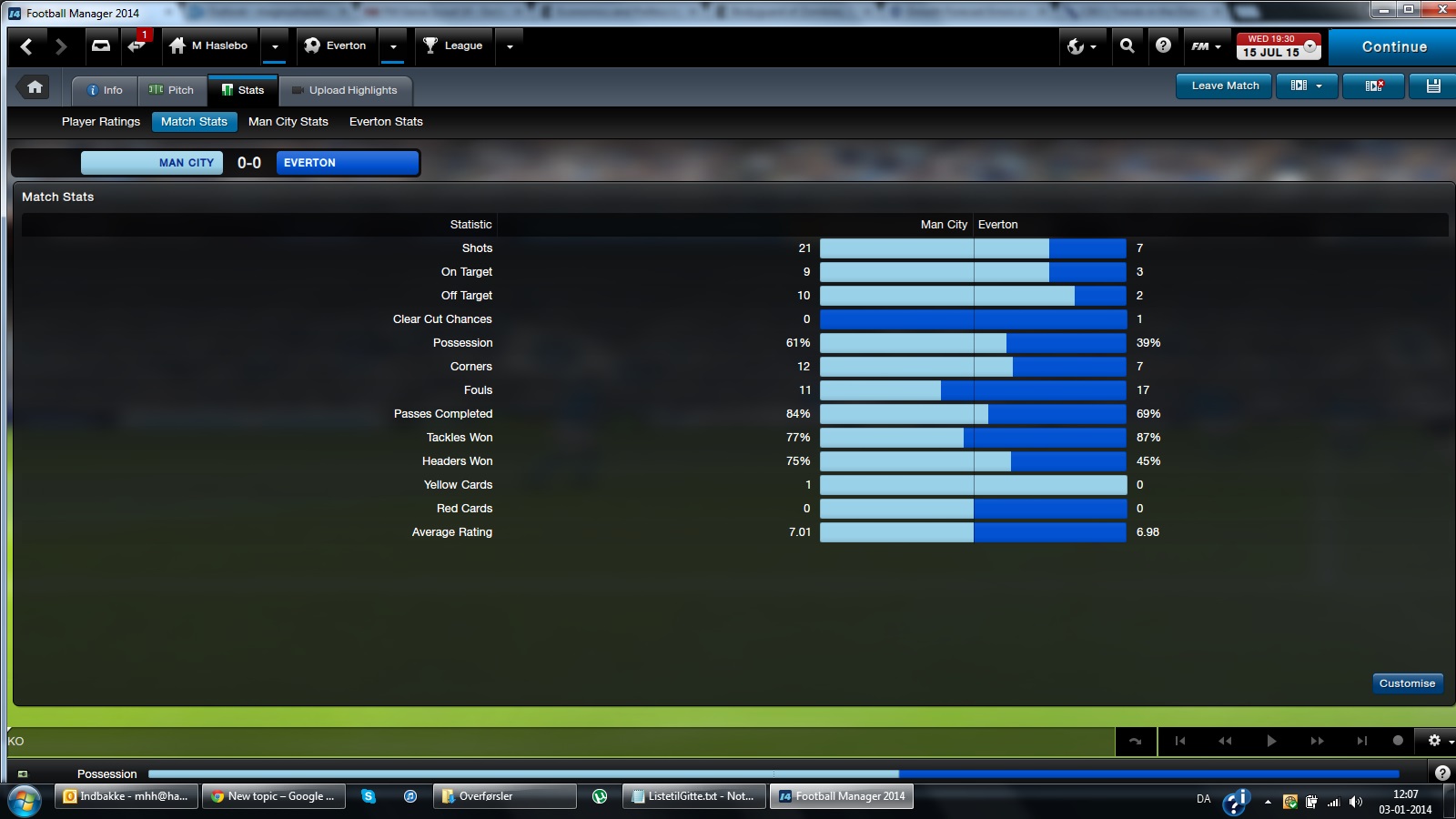