OnTheBallCityNCFC
8 years
Author's Note: This story is to help me get used to story writing the game itself. The teams I manage won't be particularly challenging (too start with anyway). My aim is to pretty much try different techinques and try and win as much as i can in as many different competitions. The manager I'll be using is completely fictional.


Former England international footballer James Collins has retired at the age of 34 to pursue the career of football management.
Collins has an illustrious reputation in football having over 500 career appearances to his name in over 4 countries. He started his career as a young play-maker for Norwich City. He managed to break into the first team at just 17 and racked up a number of England U21 appearances. After just two years Collins got his dream move to Spanish Giants Real Madrid for a fee of £15m. He made a name for himself and won 3 league titles and 2 UCl in his 4 years at Madrid. 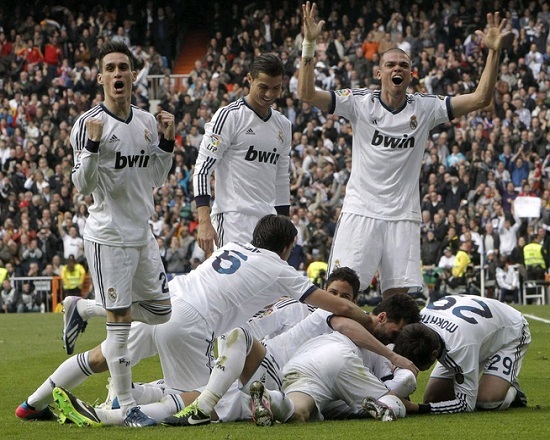 This success also helped him break into the first team of England at the age of 20. He then moved to Manchester United at the age of 22 for a whopping £35m. Here he spent 10 years and became captain at the age of 25. With over 300 appearances and 75 goals, winning 5 league titles and 2 UCL, along with 5 consecutive Ballon D'ors; Collins was regarded the greatest footballer to grace the planet.

At the age of 32 Collins moved to Portuguese team Porto where he saw out the remaining years of his career riddled with injuries.
The one regret Collins has regarding his footballing career is that he never won the world cup with England, maybe one day he can do this as a manager.

It shouldn't be hard for Collins to find a club to manage. Rumours have it that Manchester United, Real Madrid and PSG all want to hire Collins. Only time will tell.
Login to Quote

Collins: I won't be managing in England

Collins today ruled out the possibility of managing in England. The former England international was tipped to join Manchester United but he has crushed those rumours.

" I feel I need a new challenge. I spent the majority of my career in England and at Man Utd. I want to go places. I am certainly not ruling out an oppunrtunty to manage United in the future, just at the moment, the job doesn't suit me"

Collins is now odds on to join PSG, Madrid, Barca or Dortmund in the coming weeks.

Aaron
8 years
Haha, good luck mate...I agree with Jason I think it will be somewhere like Ajax or Atletico Madrid, or maybe even in sunny Brazil...

Former England player James Collins has been appointed boss of Napoli. The Italian club are making a move with the 2013/14 season potentially holding a serious title challenge and European football. This is what Collins had to say:

"I have joint a club with similar ambitions to mine. We both want to make a name for ourselves. Its been too long that Napoli have sat in the shadows of the Milan clubs and Juventus. IT's their turn to shine. This club is a fantastic one. The board are supportive, the fans are passionate and the players are world class"

Back in England there have been many words of praise for Collins. Fergie, Keegan and Shearer have all give their words of encouragement to Collins.

The season is still a couple of months away but Collins is keen to get any potential transfers out of the way as soon as possible.
1
Login to Quote

Wonder who is going to sign for Napoli! Don't think i've seen a save with them.. Keep it up!
Login to Quote

Are you this James Collins? xD
Login to Quote

Jamie - That's what i was thinking. Will do

Società Sportiva Calcio Napoli, commonly referred to as Napoli, is a professional Italian football club based in Naples and founded in 1926. They have also won the Coppa Italia four times and the Supercoppa Italiana, and on the European stage have won the UEFA Cup in 1988–89. Napoli is also the most successful club in Southern Italy and the fourth most supported football club in Italy. The club is ranked the fifteenth most valuable football club in terms of annual revenue, generating €148.4 million in 2012. Today Napoli has several significant rivalries, the most significant of which are with Juventus and Hellas Verona. There is also a big rivalry with Roma. In terms of location Napoli and Roma are quite close, together they compete in the Derby del Sole ("Derby of the Sun"), a rivalry which was at its peak in the 1980s. There are also strong rivalries with Lazio and Atalanta,as well as two local Campanian ones with Salernitana and Avellino. Recently joining Napoli winger Jose Callejon has left on loan to league rivals Roma. The Spaniard has just joined Napoli and many believed he would be instrumental in their season but Collins just didn't see him as a vital team player.

"Jose is a very talented player but his type of role just doesn't fit into my style of play. Things might change though. That's why he is on loan. Next season I may require him and hopefully he will be an even better player then."

Our journalists also asked Collins on potential incoming transfers and a few players in particular based on rumours. When asked about the possibility of signing CSKA player Honda and Porto defensive midfielder Fernando, Collins replied only with: "These are players I'm looking at. Can we sign them? It is too soon to say" With only a month till the opening game of Serie A versus Juventus, Collins best be signing some players if his squad are too stand any chance competing for the league.
Login to Quote

You are reading "James Collins - The World at His Fingertips".